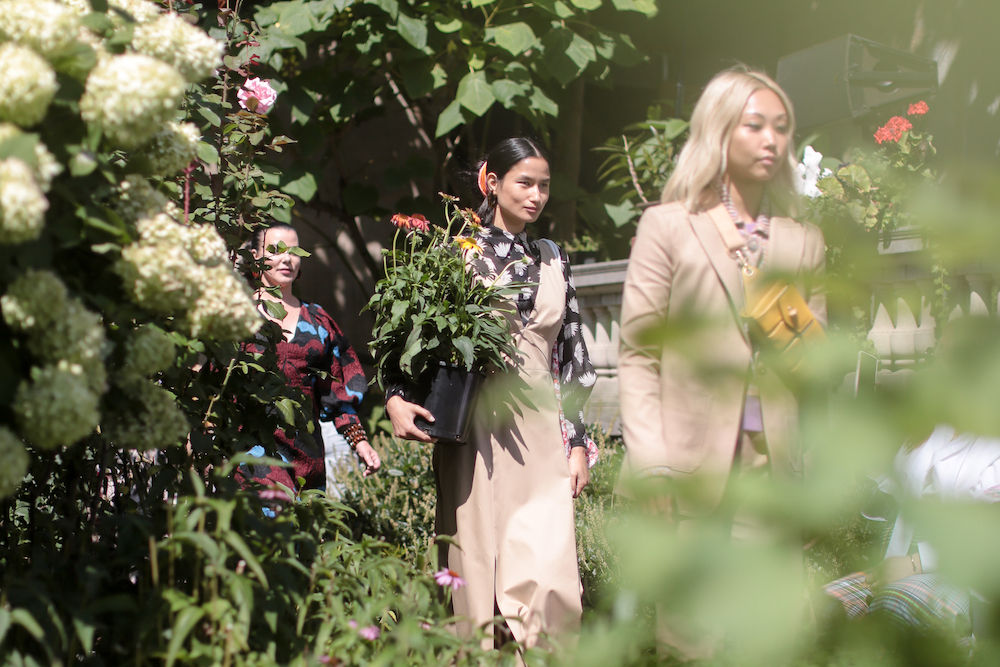 From Chanel’s spectacular mise-en-scènes to Louis Vuitton’s ingenuous sets, most fashion houses prefer to recreate the theme of their collection into their runways. At the ongoing edition of the New York Fashion Week, however, one of the labels chose to do things a little differently — by taking the runway outdoors to the Elizabeth Street Garden, in the heart of Manhattan.

Inspired by the theme ‘city safari’, American luxury fashion house Kate Spade New York transformed the beautiful city garden into a runway to showcase their Spring 2020 collection. In a first, they also roped in globally recognised actresses, influencers and models, across a range of body types and ages, to lend a unique, diversified look to the runway.

Accessories presented during the show include cross-body handbags in unique materials and whimsical shapes, as well as the brand’s debut footwear collaboration with Dr. Scholl’s, in which the iconic Original wooden sandal has been reinterpreted in a variety of vibrant colours and prints.

“My starting point for this season was imagining everything a woman would need for her next big adventure—even if that adventure is right outside her door,” said Nicola Glass, creative director of Kate Spade New York. Reimagined in luxe, feminine fabrics, prints and colours, the timeless safari-inspired silhouettes in the collection provide a balance between functionality and style.

“I love how no two women ever wear the same thing the same way. This season is an homage to that: To blossoming wherever you’re planted,”
Nicola Glass, creative director of Kate Spade New York
The outdoor garden runway was an extension of this design philosophy, and also the label’s conscious effort to help preserve the beautiful natural space, which has been in danger of being taken over by developers. Existing park benches as well as café tables and chairs were used to seat the guests, while models walked the gravel pathways weaving through the sculptures and foliage.

Spotted during the show were several film and television actresses alongside many influencers, writers, filmmakers and singers. A special treat was the show notes printed on seed paper, which the guests were encouraged to plant after the show.