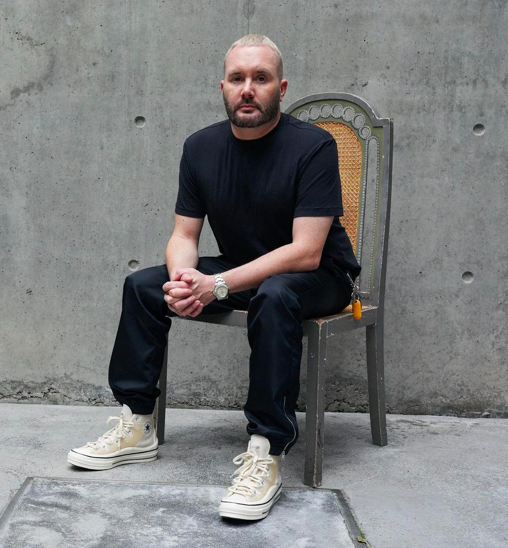 Converse has joined forces with Kim Jones on a luxury-infused version of the brand’s emblematic sneaker style – the Chuck 70.

The love affair between pop culture and luxury labels is far from over. After Prada and adidas or Off-White and Nike, Converse has now unveiled a collaboration that’s sure to make a buzz. The brand has teamed up with the Dior Men’s artistic director Kim Jones, to reinterpret its most emblematic sneaker style — the Chuck 70 — with a partially transparent design.

Once a go-to shoe for the punk-rock generation, the Chuck 70 is looking more streetwear than ever thanks to creative input from Kim Jones, who worked alongside the Converse design team. These luxury-version sneakers feature a transparent TPU cage and a trompe-l’oeil sole, which looks like a platform. Another key detail is the Kim Jones name on the tongue and sockliner.

Like adidas and Nike, Converse has launched a series of eagerly awaited collaborations with major fashion houses and renowned designers. After Comme des Garçons and Rick Owens — who completely transformed the Chuck 70 with a punk-inspired version — Kim Jones is the latest creative to celebrate the brand’s iconic styles. It’s a masterstroke, which isn’t likely to go unnoticed.