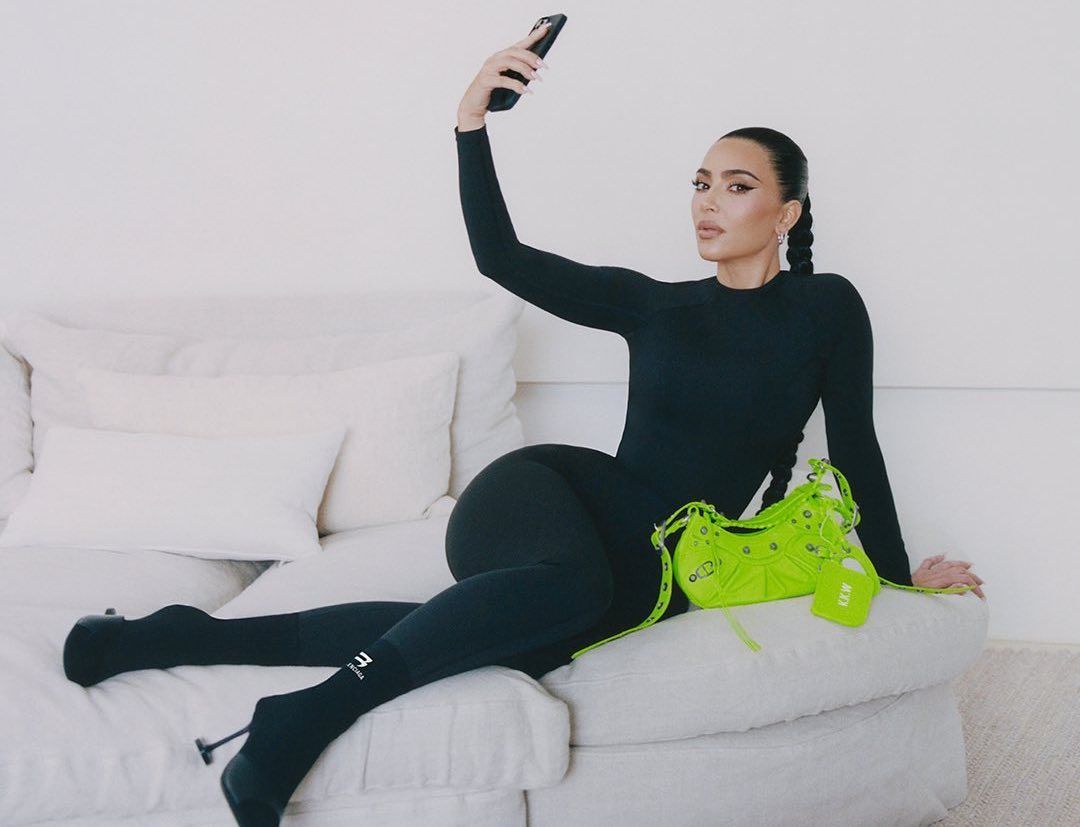 Demand for Balenciaga pieces are skyrocketing, and the brand has its latest campaign front woman to thank: Kim Kardashian.

Balenciaga certainly had flair in choosing Kim Kardashian for its new campaign. The businesswoman, who poses in a skin-tight jumpsuit to showcase the luxury fashion house’s ‘it’ bag, Le Cagole, has caused searches for certain clothes and accessories featured in the campaign to skyrocket in just a few hours. Now destined to become a lawyer, Kim K. has lost nothing of her fashion icon status.

The Balenciaga fashion house is always one step ahead. After its collaborations with “Fortnite” and “The Simpsons,” and its move into the metaverse, the luxury brand returns to real-life ambassadors for its new campaign, which features Kim Kardashian, Isabelle Huppert and Justin Bieber. A shrewd way to reach out to three very distinct targets.

The very first photo shared by Balenciaga, which has also opted for a total refresh of its Instagram page, shows Kanye West’s ex taking a selfie in a figure-hugging jumpsuit and black stilettos — all contrasting with a fluorescent green version of the Le Cagole bag. Since the bag takes its name from a French slang word often used in the South of the country to describe women who are OTT with their makeup and clothing, you have to wonder if Kim K has a serious sense of humor, or if she might be oblivious to the subtleties of the French language.

In any case, the luxury brand has got it right. The online shopping platform Love the Sales says it has seen a jump in demand for some of the pieces worn by the star, who has 284 million Instagram followers. And that even includes items that appear in shots the house has yet to share — a testament to the businesswoman’s influence.

In just 24 hours, demand has exploded for leopard-print coats (+513%), neon green bags (+325%) and cat eye sunglasses (+100%). All in all, it’s a great start to this new chapter from Demna Gvasalia, the avant-garde artistic director of Balenciaga. Now, it remains to be seen if Isabelle Huppert and Justin Bieber can outdo this performance.