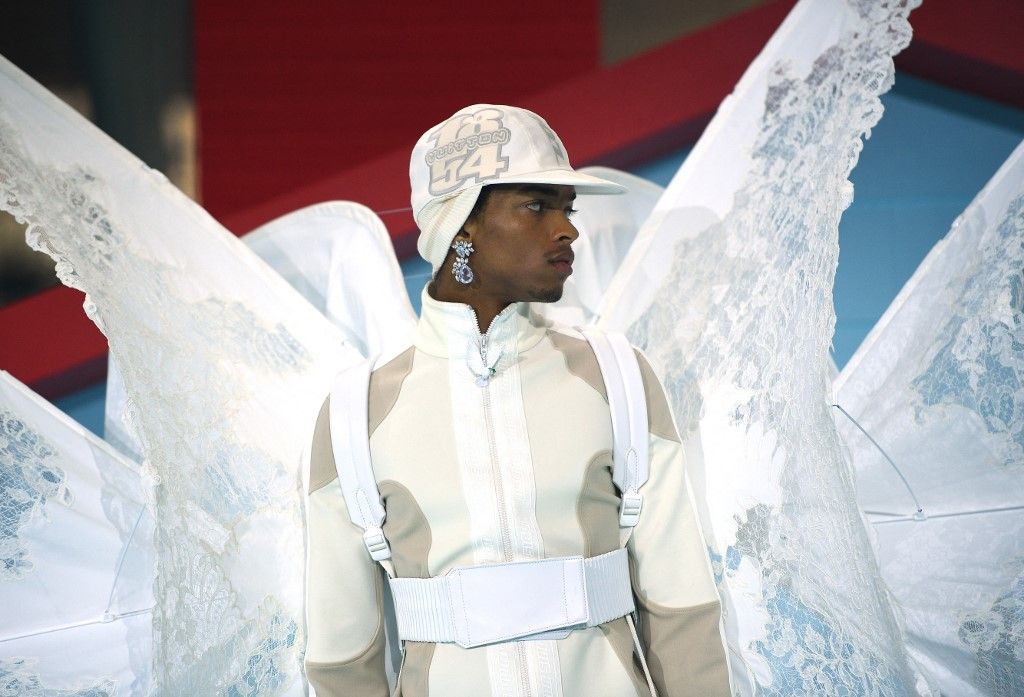 Louis Vuitton presented the final collection by path-breaking designer Virgil Abloh at Paris Fashion Week on Thursday, following his death last year at the age of 41 that shocked the industry.

A close associate of Kanye West, Abloh was the first black American to be named creative director of a top French fashion house and brought streetwear such as hoodies and sneakers to the catwalk. The multi-talented DJ, architect and designer died in November following a private battle with cancer.

Dior designer Kim Jones paid tribute to the man who replaced him at the helm of Louis Vuitton back in 2018. “It’s going to be very emotional,” Jones told AFP in his Paris studio ahead of the show.

“(Virgil and I) travelled the world together. I feel very lucky to have known him. It’s such a waste to think what he would have done. He planned everything so perfectly up to the last minute. You have to commend him, he was so brave in it.”

Louis Vuitton presented the show twice on Thursday to accommodate the socially-distanced crowds.

The collection was 95 percent ready at the time of Abloh’s death, the brand’s CEO Michael Burke told industry magazine WWD.
That has bought the company time in finding a replacement for the coveted job — though it will not be easy to match Abloh’s street-cred.

“It’s a choice that requires audacity — just as the choice of Virgil was audacious,” said Serge Carreira, a fashion specialist at Sciences Po university in Paris.

“He embodied a new way of being in fashion that included the wider culture and society and mixed it all together. He used less elitist references and spoke to a very broad range of people,” added Carreira.

Abloh, who ran his own wildly popular Off White label before joining Louis Vuitton, was one of the pioneers of collaborations between brands, hooking up with Nike, Evian and even IKEA.

“What Virgil gave to a lot of people is showing them how to be multi-disciplinary and not afraid to create whatever you wanted,” said Bianca Saunders, the up-and-coming British designer who presented her first show at Paris Fashion Week on Wednesday.

“That was really powerful. He’s had an impact on so many people’s lives and when I met him, he was such a nice person,” she told AFP.

Kanye’s name has also been in the mix. Louis Vuitton is auctioning 200 pairs of Nike Air Force 1 trainers, designed by Abloh — with a starting price of $2,000.

The money will go to its “Post-Modern” foundation, which sponsors fashion students from African and Afro-American backgrounds.