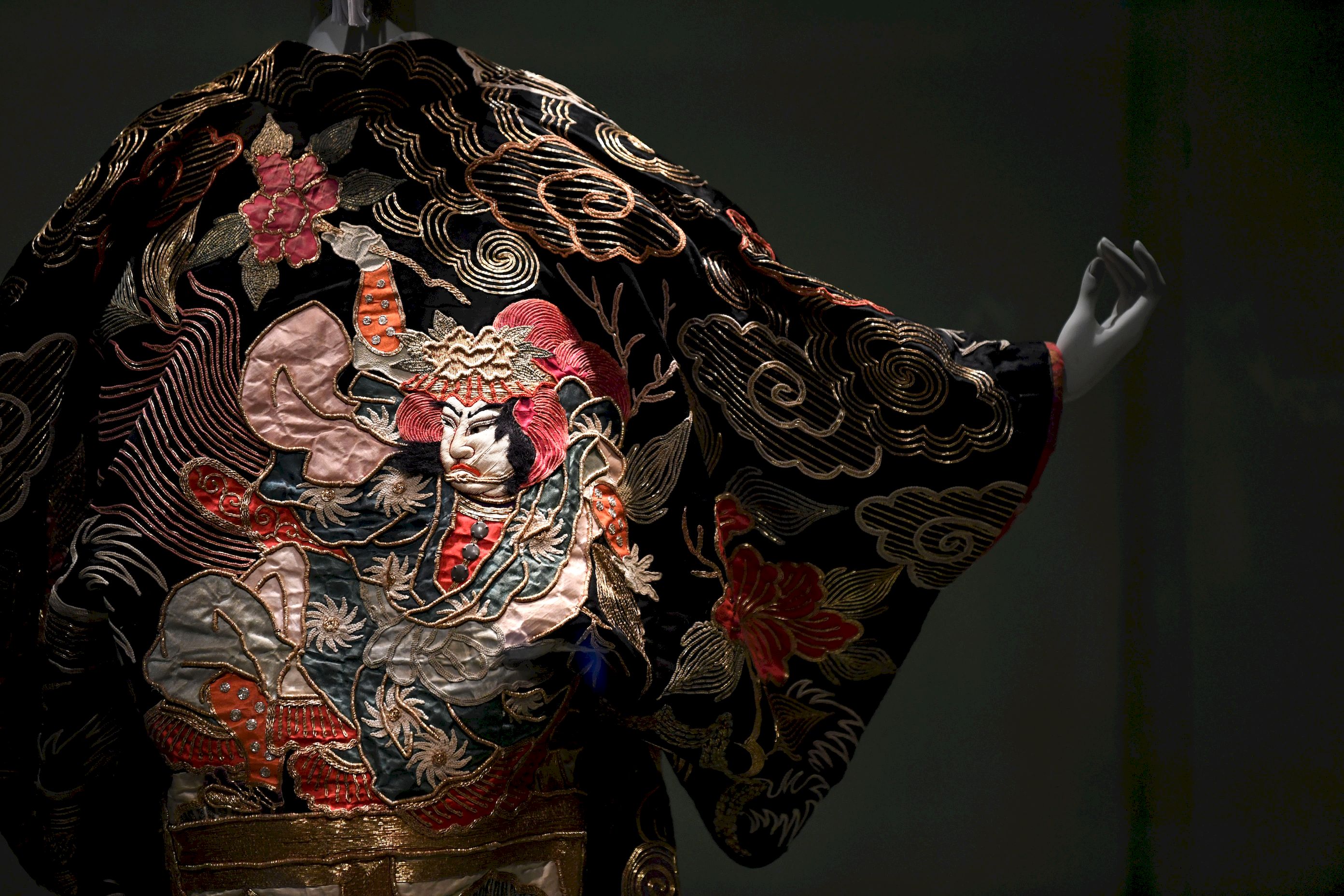 A new London exhibition honours the kimono’s history in fashion

The kimono has been tremendously influential in the history of fashion. Variations of its creative opportunities have been worn by Jedi knights in George Lucas’ Star Wars movie saga, Freddie Mercury on stage, and David Bowie in his futuristic alter ego Ziggy Stardust.

“Its very fluidity is, I think, what makes it such an iconic inspiration,” said Anna Jackson, curator of the “Kimono: Kyoto to Catwalk” exhibition which opened on 29 February at the Victoria and Albert Museum.

V&A director Tristram Hunt said: “When we think about fashion, the kimono might not be the first item that comes to mind.” The exhibition, which runs till June 21 and tracks the kimono’s evolution from medieval times in Japan, “challenges this perception”.

A triptych consisting of a garment from 1800, a modern one by Japanese designer Jotaro Saito, and a third from 2007 by Britain’s John Galliano for Dior “shows how the fashion of the kimono has been translated beyond cultural and geographic boundaries”, said Hunt.

The kimono influence has even reached space, with the plain robes worn by Alec Guinness as Star Wars Jedi master Obi-Wan Kenobi forming part of the exhibition.

More than 100 items show off the contrasting variations on what was once a simple robe. The oldest, dating from around 1660 to 1680, has sober maple leaves embroidered on water motifs. The most recent is a skateboarder-style long, hooded coat made in 2019 by young designer Milligan Beaumont.

“The very simplicity of (the) kimono’s shape means that it can be taken apart and reconstructed in a myriad of ways,” Jackson told AFP, explaining the enduring fascination with kimonos across the centuries and continents. “For many people it’s the sense of the drape from the shoulders. For others, it’s the sash in the middle.

“For others, it’s about the sumptuous surfaces, the amazing patterns and how they’re combined in unusual ways.”

The kimono, worn by both men and women, began to appear in Europe thanks to the Dutch East India Company, which was allowed to trade with Japan despite the isolationist policy of its Edo period (1615-1868) that restricted contact with foreigners. In the 19th century, Japan began making kimonos with French silk, and Europe began making kimonos from Japanese fabrics.

Since then, it has not stopped influencing international fashion. Over time, the traditional embroidery depicting reeds, cherry trees, water lilies, birds or dragons became sophisticated geometric or even psychedelic patterns.

French designer Jean-Paul Gaultier shortened the robes to Bermuda shorts length in a fiery red 1998 creation for pop star Madonna. Alexander McQueen widened the neck and shortened the sleeves in 1997 for Bjork’s Homogenic album cover — a look as experimental and avant-garde as the Icelandic singer herself. In 1958, Saint Laurent transformed it into a cocktail dress with a voluminous skirt and a bolero jacket.

And in 2005 Yohji Yamamoto reinterpreted it in silk crepe to capture the garment’s gender ambiguity, as Queen frontman Mercury did in the 1970s, wearing kimonos on stage during the British rock band’s tours of Japan.

“It is a genderless garment. Fundamentally, that shape doesn’t change whether you are a man or a woman,” said Jackson. “It seems very elegant and has that sense of performance.

“All fashion is performance in some way, but somehow, in a kimono, it’s very easy to do it elegantly.”