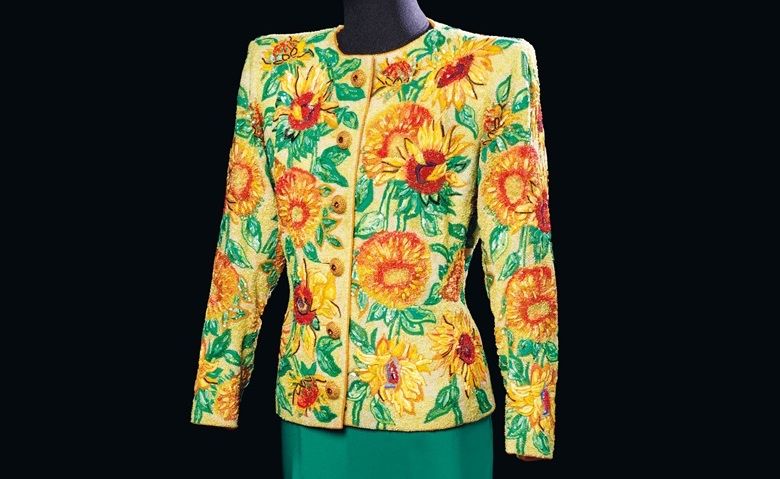 A gorgeously embroidered Yves Saint Laurent jacket, which was inspired by Vincent van Gogh’s “Sunflowers”, was sold at a Christie’s auction in Paris yesterday for 382,000 euros (MYR1,759,178) — a new record for a garment from the celebrated French designer.

Inspired by Vincent van Gogh’s “Sunflowers”, this jacket which was once modelled on the runway by supermodel Naomi Campbell had been expected to fetch between 80,000 to 120,000 euros (MYR368,414 to MYR552,621) at the sale. It was bought by the National Gallery of Victoria in Melbourne, Australia.