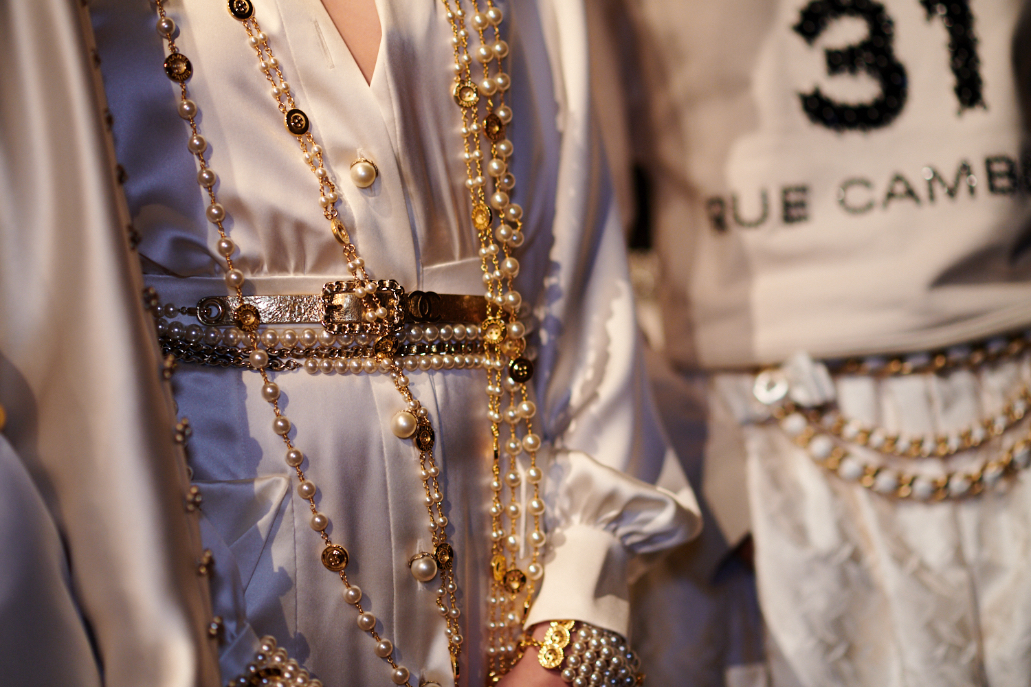 What do you picture when you think of a Parisian apartment Coco Chanel once called home? We know the name 31 rue Cambon, the legendary Parisian store where it all began. There’s a mirrored staircase leading to the Haute Couture salons on the first floor and on the third, is the House’s creation studio. And then, there’s Coco Chanel’s private apartment tucked in between the two floors. You bet it’s glamorous.

Virginie Viard spoke about her fascination with the space which she regularly visits for its feminine and intimate ambiance, “Because it’s such a welcoming space. I love the huge sofa in beige suede. Karl liked to surround himself with deep divans too. In fact, Gabrielle’s apartment reminds me of Karl’s first apartment that I knew, where one would sit on four-poster beds disguised as sofas.”

When it came to the 2019/20 Métiers d’art collection, Viard knew she wanted it to revolve around Coco Chanel’s apartment at 31 rue Cambon. She brought up her vision in conversation with film director Sophia Copolla, a long-standing friend of the brand. “We thought about the original shows that were held at 31 rue Cambon, and how great it must have been to see the models walking by so close, and the setting by Coco’s mirrored staircase, which always gives me a thrill to see.”

Viard used that same idea in conceptualising the collection: “I think about the staircase first: I imagine a girl walking down it. Wearing which dress? Which shoes?” She recalled the very first Métiers d’art show in 2002, which took place at 31 rue Cambon itself. “That show was very dear to me. The models smoked cigarettes while listening to Lou Reed. It was more of an attitude than a theme.”

While at the heart of the collection, this famous faceted mirrored staircase is just one of the Chanel codes that inspired the  2019/20 Métiers d’art collection. These codes were found in Coco Chanel’s apartment and therefore have strong significance in the DNA of the brand — gold lions in pairs for her star sign, the double C interlaced in the jewelled pendant chandelier, her lucky number 5, bows, chains, and two-tones. “I have completely absorbed the Chanel codes. I saw Karl twist them so much. I have grown up here. I am a child of Karl and Gabrielle.”

And there they all were, embedded into the Chanel 2019/20 Métiers d’art as models walked down the runway at the Grand Palais: camellias printed on ethereal feathers, chains embroidered into braiding and ears of wheat made of aged gold cuvette sequins. Watch part of the show below: