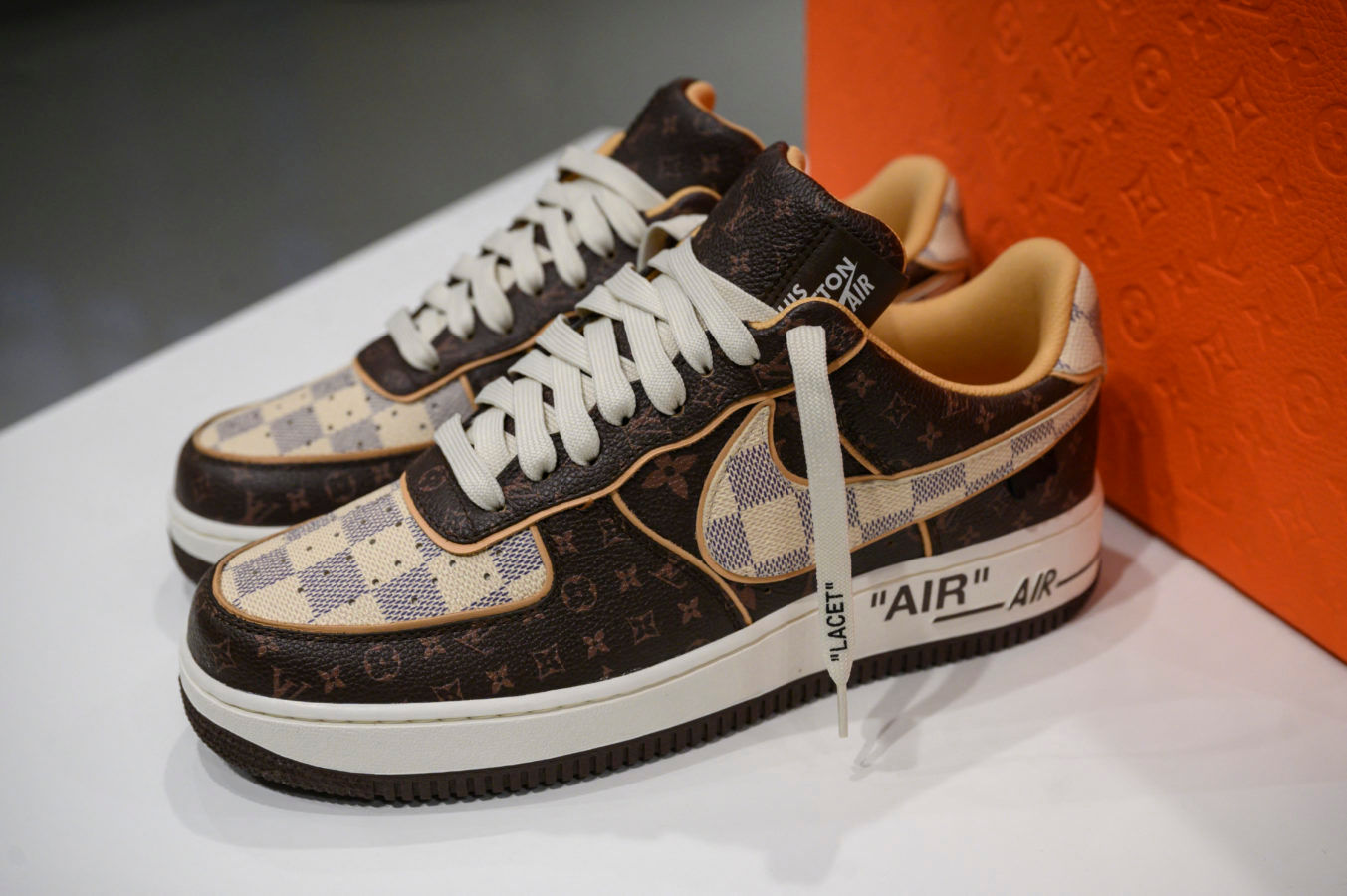 Sotheby’s announced Wednesday that an auction of 200 pairs of the Louis Vuitton and Nike “Air Force 1” sneaker created by late US designer Virgil Abloh had fetched a total of $25 million.

A spokesman for the auction house told AFP that the most paid for one of the pairs was more than $350,000 during the online sale that ran from January 26 to February 8.

The sums greatly exceed the initial estimates of Sotheby’s, which had started the bidding at $2,000 and had predicted they would sell for between $5,000 and $15,000 a pair.

The special edition sneaker, made of calf leather, was originally created for Louis Vuitton’s spring-summer men’s collection for 2022, of which Abloh was artistic director. Abloh, a multi-talented DJ, architect and designer died in November at the age of 41 following a private battle with cancer.

A close associate of Kanye West, Abloh was the first Black American to be named creative director of a top French fashion house and brought streetwear and a less elitist approach to the world of luxury.

They were created to celebrate the 40th anniversary of the Nike Air Force 1, which was designed in 1982.

“From the moment our auction launched, the energy has been electric,” said Brahm Wachter, Sotheby’s head of streetwear and modern collectables, adding that the event “broke the record for the most bids in the opening day of any online sale.”
The market for rare sports shoes is soaring, with sneakers having transformed into major collector’s items that have recently been snatched up for tens of thousands of dollars.

In search of a facelift and new clientele, big names in luxury such as Dior and LVMH have partnered with sports and streetwear brands to create athletic footwear.

According to Sotheby’s, more than 1,200 potential buyers from more than 50 countries participated in the auction. More than half of those who successfully purchased a pair of shoes were under age 40 and collectors in Asia represented 40 percent of final buyers.

In the history of sneaker sales, however, the most expensive pairs have been worn by sports and hip-hop legends.

Last April, a pair of Nike Air Yeezy 1s worn by Kanye West sold for $1.8 million at Sotheby’s. In October, a pair of sneakers worn by NBA superstar Michael Jordan early in his career sold for nearly $1.5 million.

Proceeds from the Abloh shoe auction will benefit a scholarship fund he set up that supports aspiring designers of Black, African American or African descent.