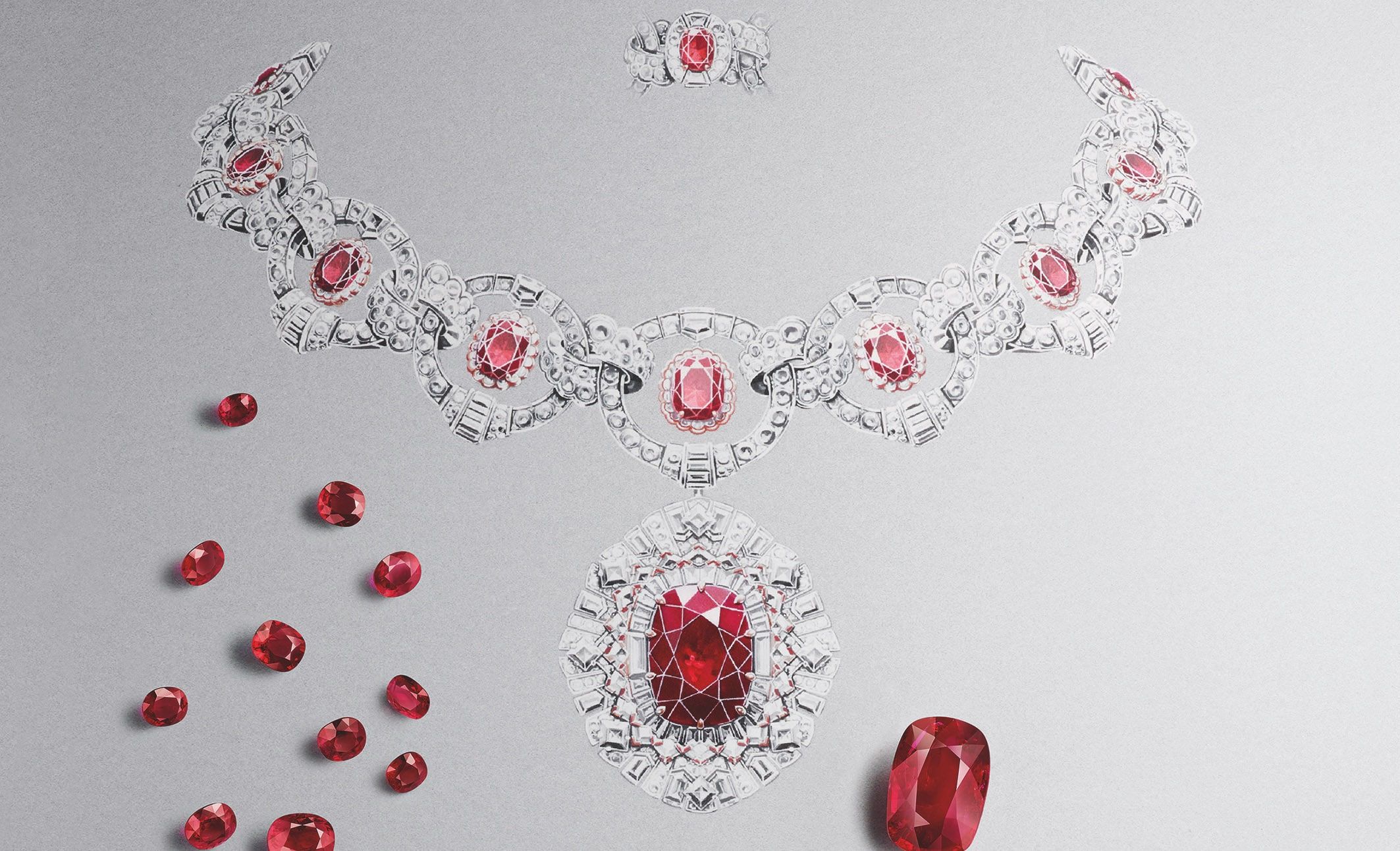 Style
5 romantic gemstones for that special someone
Share
Next article

Diamonds weren’t always a girl’s bestfriend.  In 1947, advertising agency NW AYER, hired by leading diamond company De Beers Group, created a slogan that would change the industry forever. Four words — “A diamond is forever”— spawned one of the longest campaigns of all time, and changed the way we’d look at the precious stone. While it remains at its throne as the king of gems, gemstones are rising in popularity as an alternative and vibrant expression of their personalities. If you’re planning on gifting jewellery for that special someone, look to the following timeless gemstones which symbolise love and romance.

Blood and fire, love and desire. The colour of alone represents a passionate romance. Coupled with its sparkle, it is often said that it incites sensuality, and the heart chakra, in its wearer.  Loosely translated to “king of precious gems” in Sanskrit, rubies weren’t just worn by royals and nobility through history to represent wealth, wisdom, and power. They were even worn as talismans, and were said to change a shade darker to warn of imminent danger or tragedy.  The ruby’s inner glow has long hinted at an inner fire, and its ability to foster a zest for life for its wearer.

Closely resembling aquamarine, topaz is a favoured stone for anniversary gifts as it has particular associations with love and faithfulness. Deeply calming, it occurs in a wide variety of colours, each of them with a different symbolism. Pink, for instance, has the power of attracting a sincere love, and is said to destroy destructive habits when it comes to love. It also represents a love that will grow in affection over time. Brown boosts loyalty and builds lifelong friendships. As a whole, topaz honours beauty and is an all-round healing stone.

The world’s oldest gem has been a resilient timeless symbol of love and romance since time immemorial. The ancient Greeks believed in wearing pearls at their weddings as they believed it would provide marital bliss. Shrouded in mythology, it’s widely claimed that Cleopatra once crushed a pearl and dissolved it into a goblet of vinegar to prove to Marc Anthony that she could host history’s most expensive meal. While the pearl has different symbolisms across different cultures, including that of status, and trading, it’s highly cherished, and serves as a romantic present no matter the recipient’s age. Existing in freshwater, and saltwater forms, your choices of romantic pearl pieces are endless as independent jewellery designers have been transforming this romantic gem.

Also known as the gem of gems, the represents heaven. Popular in medieval times, it’s believed to symbolise truth, fidelity and faithfulness. The most revered sapphire jewellery of all time is Prince Diana’s 18-carat sapphire ring, now worn by Kate Middleton. Today, it’s still a favoured stone for engagement rings, as they represent loyalty and truth. In the medieval period, the Romans believed that a sapphire’s colour was a true mark of fidelity as it would change when worn by an unfaithful person. While it was overshadowed by the diamond for the longest time, its popularity surged when Prince William proposed to the Duchess of Cambridge with his mother’s legendary 12 carat sapphire ring. The sapphire is also believed to encourage trust and commitment and is often used as a symbol of commitment when a couple is apart for a long period of time.

The lesser known, but stunning kunzite was named after gemologist George Frederick Kunz who catalogued it in 1902. Its colour ranges from a soft, pastel pink, to a bold violet purple. Pure in its energy and bursting with joy, the kunzite is often referred to as the stone of emotion, and connects the heart to the mind. Wearing the kunzite encourages love, as it’s said to help the wearer let down their guard and embrace love wholeheartedly. Its high vibrational energy also fosters the healing of a heart, and relieve the ache from separation between lovers.