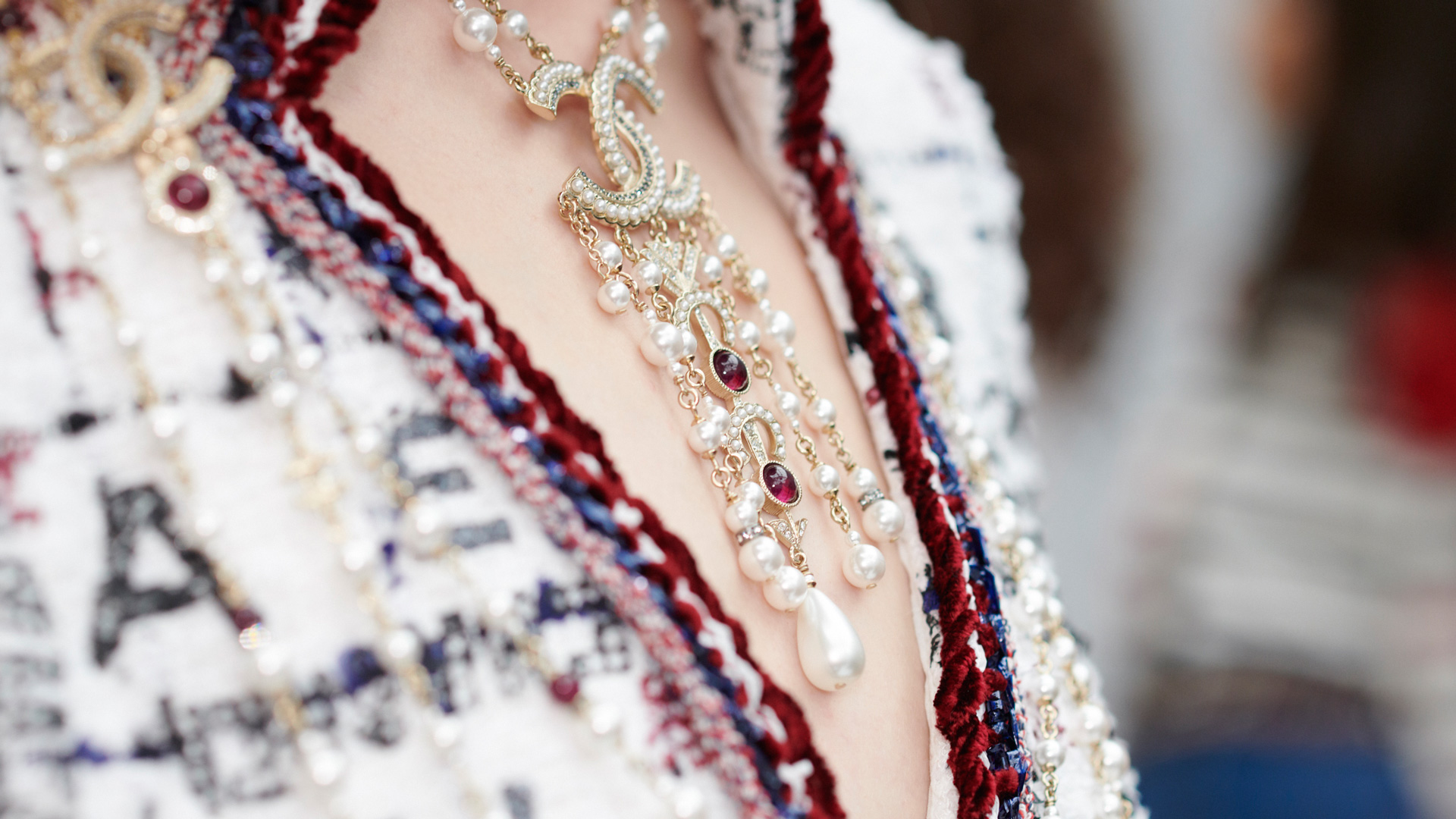 Collaborations with various goldsmiths and costume jewellery makers ensured her creations were nourished by artisanal and traditional know-how, creating masterpieces to complement the silhouette. To this day, jewellery remains an essential element of Chanel’s allure.

In 1954, Chanel began to collaborate with goldsmith Robert Goossens, lovingly referred to as her “barbarian Byzantine”. Goossens’ metalwork was like a jeweller’s, but with poured glass and rock crystal instead of real jewels. Crosses, lions and wheat were among the opulent ornamental lexicon of Baroque- and Byzantine-inspired pieces from the duo. The collaborations between Goossens and Chanel continues to the present day, with Goossens ateliers joining Chanel’s Métiers d’art in 2005.

Virginie Viard, Chanel’s new artistic director and the first woman at the helm since Gabrielle Chanel herself, carries on the legacy with codes and symbols that were so dear to its founder including double Cs, camellias, ribbons, pearls and chains interlaced with leather.

The Chanel costume jewellery examines undiscovered opportunities and new ways of wearing with each season, complementing the silhouette while echoing the words of Gabrielle Chanel: A piece of jewellery should cause astonishment at most, not envy. It should remain an ornament and amusement.

All images courtesy of Chanel.