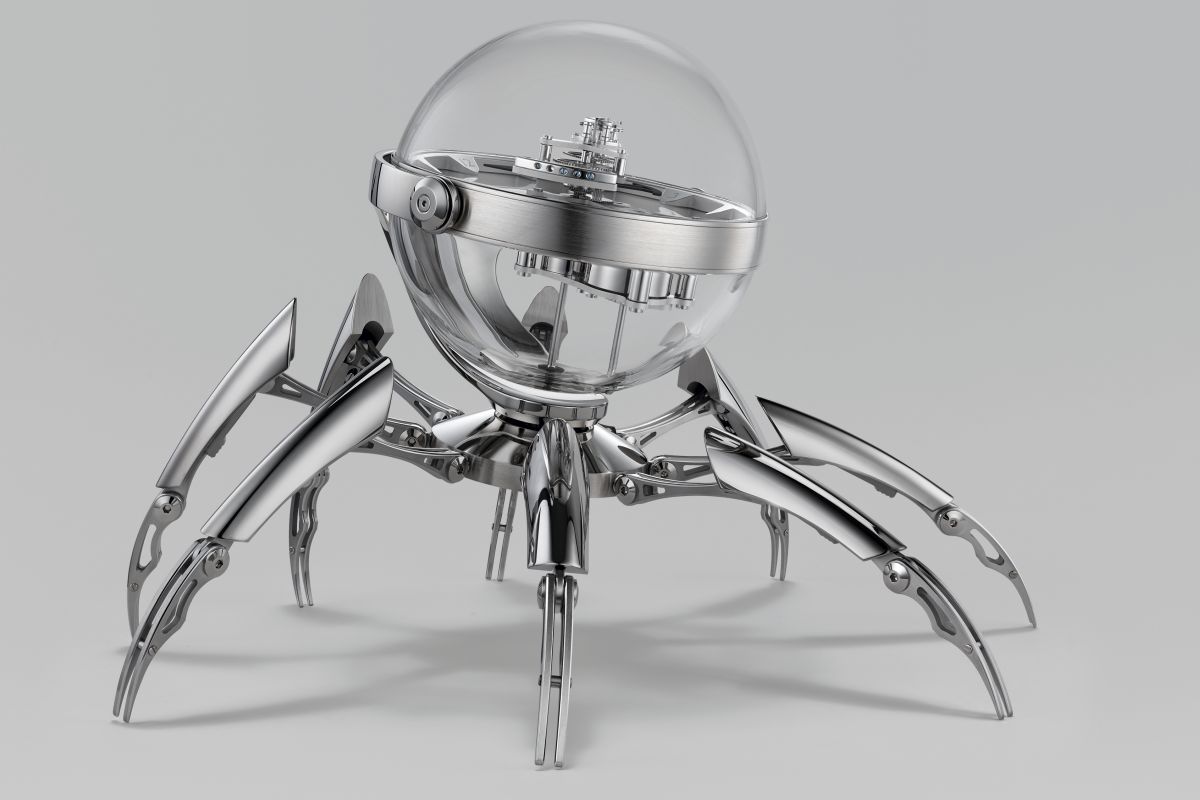 That MB&F is about the element of surprise is an understatement. The independent luxury Swiss watch brand dives right back into the ocean to unveil the Octopod clock in collaboration with L’Epee 1839, taking the unassuming table clock and transforming it into a stunning work of art. Like its moniker suggests, the Octopod clock takes after the octopus, and is available in black PVD, blue PVD, and palladium (silver) in limited editions of 50 pieces each.

The Octopod is powered by a new 159-part manually wound mechanical movement developed by L’Epee 1839 for MB&F, equipped with a power reserve of 8 days from a single barrel. Likewise, the Octopod is a fascinating work, concealing itself through visual trickery. Its transparent mineral glass baseplate also features anti-reflective coating on both sides.

Upon sight one will also notice its pulsating escapement, which regulates the clock’s precision. Instead of being attached to the usual and mechanically simpler stationary movement plates, the escapement lies on the clock’s minute hand. As for its clockwork, you will find it suspended within its crystalline sphere, giving the illusion of floating in the ocean’s depths. Like its point of inspiration, the Octopod can twist and contort on the table, taking on fascinating shapes and forms that makes it more than a rigid sculpture.

Prior to the Octopod, L’Epee 1839 and MB&F have collaborated on three robot clocks, a spider clock and spaceship clock. From illustrative journeys through land and space, it’d make sense to immerse into the depths of the sea and pay homage to the intelligent octopus, celebrating its penchant for memory and sophisticated understanding of life. Beyond its intellect, the octopus also represents a deep sea enigma, and camouflages across the sea beds like an expert chameleon. When threatened, the curiously soft-bodied, eight-armed mollusc will release a cloud of ink to confuse and obscure.