There’s Money In The Bag 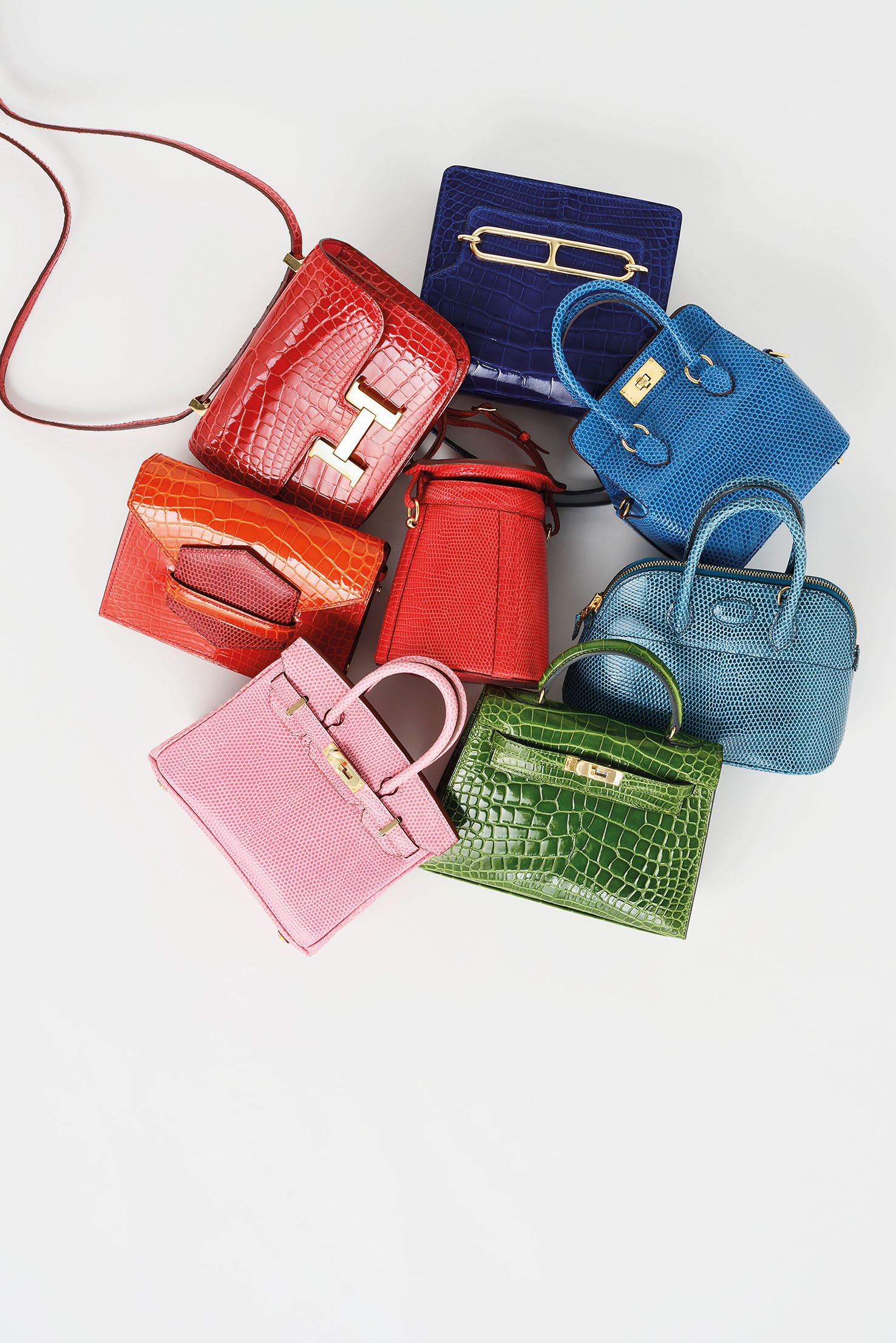 Style
There’s Money In The Bag
Share
Next article

In May 2016, an Hermès bag went under the hammer at a Christie’s auction in Hong Kong for a record price of HK$2.94million (US$380,000) after just 15 minutes of intense bidding, surpassing the estimated US$258,000. The Matte White Himalaya Niloticus Crocodile Diamond Birkin 30, designed by Jean-Paul Gaultier in 2014, was bought by an unidentified Asian buyer. Only two of these bags made of the skin of the Niloticus (albino) crocodile, embellished with 245 diamonds on its 18k gold hardware, are produced every year. It’s no ordinary handbag, and its rarity explains its price tag. The previous record was US$222,000 for a fuchsia gold and diamond Birkin that had belonged to Elizabeth Taylor.

These figures reflect the rising resale value of highly sought-after designer bags that are limited in production or have a very long waiting period. A study last year by Exane BNP Paribas, in collaboration with InstantLuxe.com, revealed that the most coveted second-hand Hermès bags could sell for up to 20 percent more than the brand-new ones. Meanwhile, Singapore-based e-tailer Reebonz observed through its inaugural luxury resale index last year that an Hermès pre-owned Lindy could sell for 120 percent of its retail price. Reselling handbags is a serious business, according to the number of indices for this secondary market.

Auction houses like Sotheby’s and Christie’s also sell them. Christie’s sells between 10 and 20 bags for over US$100,000 on a yearly basis.  Apparently the appreciation of the Birkin has outdone the price of gold since it was launched in 1981. According to Baghunter.com, a platform for buying, selling and swapping luxury carriers, the average annual return of gold in the same period was 1.9 percent while the Birkin’s was 14.2 percent. It’s not just the Hermès that show encouraging return or appreciation value. According to Baghunter, the price for Chanel’s Medium Classic Flap has increased by more than 70 percent in just six years. Go as far back as 2004, and you’d find that its price has gone up by more than 230 percent from the global average of US$1,500, share the folks behind the JustCollecting Rare Handbag index. While investing in classics usually pays, recent designs have also done very well, including the Chanel Boy, which was introduced in 2011 but has grown by almost 100 percent in value.

And the figures are flourishing despite a poor economic forecast. To some extent, the rise of the ultra-rich Chinese buyer accounts for the record appreciation in the value of rare second-handbags. Though Christie’s never divulges the identity of buyers, it’s been observed that buyers in both record-breaking handbag auctions were Chinese.

So what makes a handbag so resilient as a luxury item? Perhaps its being a status symbol for women of means and influence. That said, not all handbags are equal. Availability has to be limited, and in the case of Hermès, this is shrouded in secrecy (to keep those who covet it wanting). Add to this the use of very rare raw materials, like in the case of the Hermès Himalaya Birkin, and you get a champ. What if there’s also a prized legacy and provenance, for example, in the case of the fuchsia Birkin owned by Elizabeth Taylor? It’s poised to rocket in value, its desirability vastly boosted by the knowledge that only the extremely privileged can lay hands on it.

So important has this secondary market grown on a global scale that there is a plethora of specialist resellers in Europe and the US that have churned out research papers. Some have even come up with indices to track price movements. Many Christie’s major sales in key cities now include a handbag and accessories segment.

While there are these spectacular record sales with jaw-dropping prices, it must be noted that not every designer handbag is “investment grade”. It’s usually pieces from brands like Chanel, Hermès and sometimes Bulgari that make their way to auctions by high-profile houses, says Winsy Tsang, head of Sale, Handbags & Accessories, Christie’s Hong Kong. Historical data shows that prices of designer bags have risen over the years. So even though most handbags sell for a loss from retail prices that owners have paid, these rising prices might make the loss less painful. And if you have a rare design that’s coveted by many, you have a winner on your hands.

Even if you never had the intention to sell your bags, it’s still gratifying to know that they are assets — with value that goes up and up. What’s more, should the other half nag about your burgeoning collection, you can reply that you are simply “holding on” to your assets.