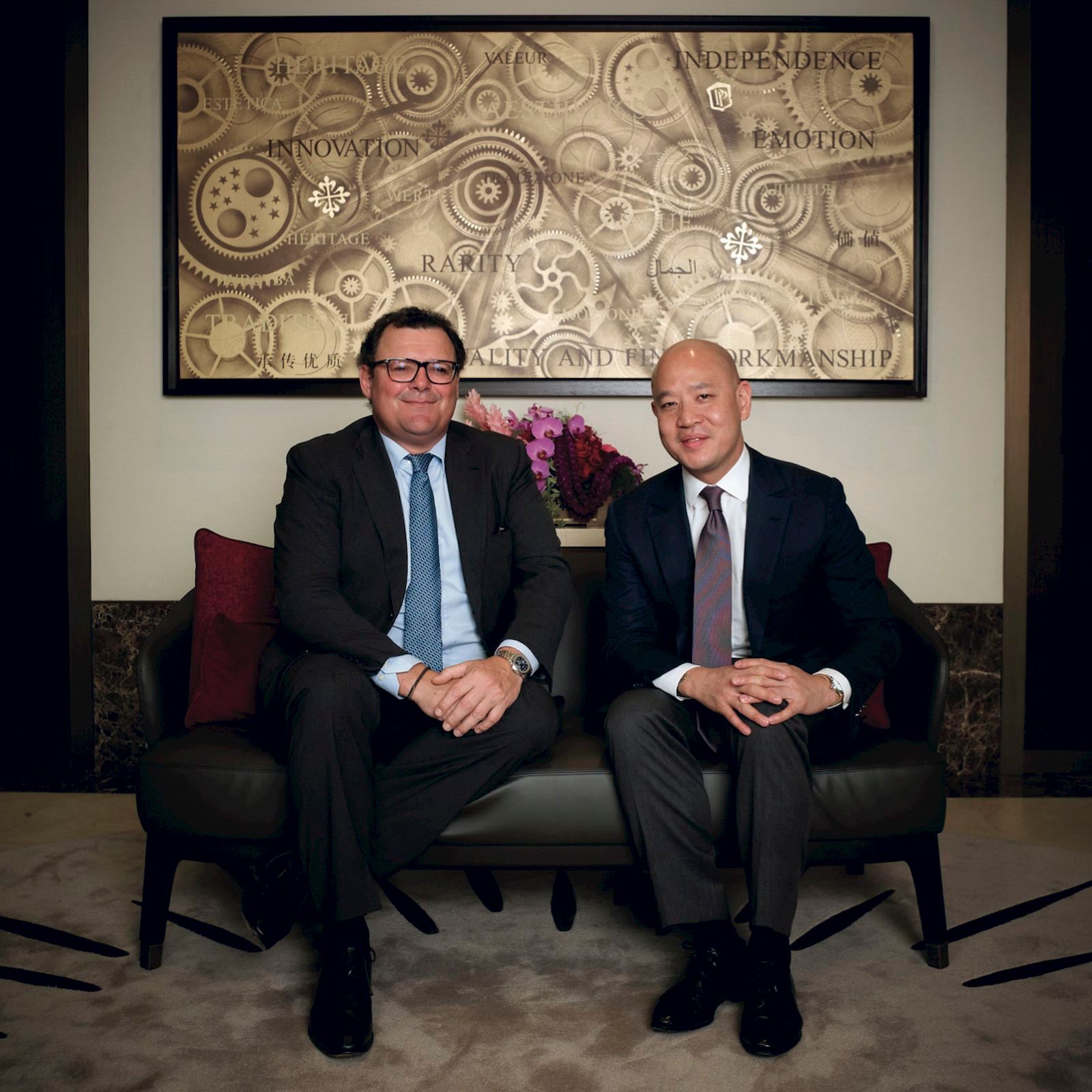 Conventional wisdom says you shouldn’t mix business with pleasure, but there are certainly exceptions to that rule. A good example to this would be the ties between Patek Philippe and The Hour Glass.

The Stern-Tay relationship harks back to the 1960s, when the foundations for a generational partnership and an enduring friendship between the two families would begin. The relationship is built on the bedrock of trust and shared values, and bound by a common mission of preserving the patrimony of watchmaking arts and fostering an appreciation for Patek Philippe’s highly esteemed watches.

Philippe Stern, whose family owns Patek Philippe, began making regular visits to Singapore in the early 1970s. “Philippe and I forged a strong bond and more important for me, a lifelong friendship,” says Dr Tay.

Over the years, Patek Philippe has marked significant milestones for The Hour Glass as well as for Singapore. In 2004, it created a commemorative World Time watch, Ref. 5110P, replacing “Hong Kong” on the dial’s city ring with “Singapore” in red script.

For Singapore’s 50th year of independence in 2015, Patek Philippe created three unique commemorative dome table clocks, each reflecting a theme at the heart of Singapore’s history and identity. The clocks were auctioned, with the proceeds going to museums and charity. The Hour Glass bought the Ref. 1675M “Farquhar Collection” clock at a record-setting bid of $1 million, and donated the clock to the National Museum of Singapore.

Dr Tay says: “In 2018, I travelled to Geneva to celebrate Philippe’s 80th birthday. It was just the two of us. He told me, ‘Whoa, Henry. Time flies. We’ve now known each other for at least 50 years. It’s important to pass on to our children this value, that business relationships are based on friendship and tradition.’” That close relationship is carried on by their sons, Michael Tay and Thierry Stern.

For Michael, this relationship goes beyond their passion for developing incredible watches: “Mr Philippe Stern is also the world’s most important watch collector, having devoted the greater part of the past half-century assembling a collection that is uncompromising in both quality and scholarship. Most importantly, he has the generosity of spirit to share his passion and collection with members of the public at the Patek Philippe Museum in Geneva.

“Mr Stern’s greatest success to date is, undeniably, the seamless transition of leadership of Patek Philippe to his son Thierry, who has been equally transformational in his agenda for the brand. He is the only President of a Grande Maison who is also a trained watchmaker and craftsman. Some of his important contributions to the collection are the expansion of the Rare Handcrafts collection, an area of fine watchmaking that has captivated him from a young age.

“The Patek Philippe Watch Art Grand Exhibition in Singapore is not only going to be dramatic in scale, it will also be unrivalled in the depth, quality and rarity of horological artefacts on display. Only Patek Philippe is able to pull off an exhibition of this magnitude.”
How The Hour Glass’ longstanding partnership with Patek Philippe started was first featured on PrestigeOnline Singapore