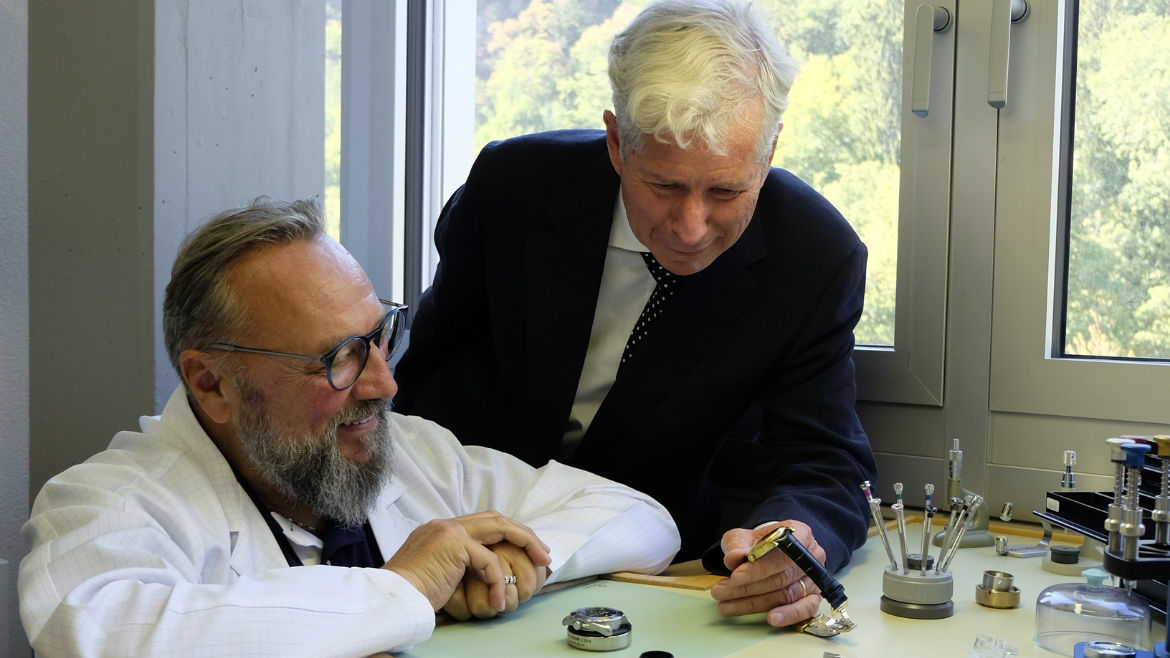 For five generations, Bernhard H. Mayer has thrived as a renowned Swiss watch brand, continuously proving its excellence in the world of luxury horology. Behind the brand is the Mayer family, who carries on to this day – as the brand celebrates its sesquicentennial – the legacy its eponymous founder started in 1871.

At 28 years old, a bright-eyed Bernhard H. Mayer seized the opportunity to grow a business based on precious metal engraving, an idea born of the abundance of talent available at the time in the small German city of Pforzheim – a place renowned for its jewellery and watch-making industry. Being a skilled metal engraver himself, the young entrepreneur would never expect that his hobby of engraving pocket watches would sow the seeds of a more than century-long prosperous family business.

The workshop Mayer started in the idyllic Black Forest town would grow from its humble beginnings into one associated with high precision craftsmanship, which specialised in precious metal such as numismatic coins, medallions, and watch components. It also became known for crafting distinctive commemorative medals for European royalty and nobility in the early 20th century.

It wasn’t long before the brand began receiving more recognition. In 1900, the House of Mayer was awarded a silver medal at the World’s Fair in Paris for their commemorative coin that was created to mark the new century. During this time, international expansion was initiated by Rudolf, Mayer’s son who had taken over the business. For three decades, the business continued to prosper. Even though it was later affected by World War I and the subsequent economic crisis, the family was able to revive their business in the early 1930s.

In 1936, the house of Mayer was commissioned to produce the gold and silver medals for the inaugural Berlin Olympics. A year later, it received the gold medal at the final World’s Fair held in Paris prior to World War II. The war disrupted the Mayer business but as persistence and dedication are the family’s strengths, as evidenced by the brand’s founder, they rebuilt their business – taking 15 long but rewarding years to do so. In 1962, following Charles de Gaulle and Konrad Adenauer’s visits to each other’s countries to improve relations and establish peace after World War II, the House of Mayer was commissioned to produce a commemorative medallion to mark the Franco-German rapprochement.

While the brand had long been involved in the making of watch components, it was in the 1980s that it truly began to establish itself in the horological world, by translating its knowledge and proficiency in precious metal craftmanship into coin watch craftmanship, having been inspired by the Corum-pioneered coin watches. Combined with the brand’s strategic distribution alliance with the QI Group, this began a new era for the Bernhard H. Mayer name, now renowned for its very own classic, hand-assembled wristwatch.

The founder’s great-grandson, also named Bernhard H. Mayer and currently serving as the brand’s chairman, says, “I see a certain uniqueness in our watches in the combination of traditional Swiss watchmaking and numismatic art.” This is evident in the way the brand “combines the art of traditional coin designing and minting with state-of-the-art horology”, as Mayer states, which sets it apart from other fine watch brands.

The success of the brand’s first coin watch was what paved the way for its modern achievements, including setting new benchmarks in modern horology and now producing more than 100 watch models. Since the mid-2000s, the watches have been available via QNET, which serves as the exclusive distributor of the brand’s luxury products in over 100 countries, with more than 500,000 watches purchased through QNET’s e-commerce platform globally in the last 15 years.

In 2021, the brand celebrated its sesquicentennial anniversary. To mark the momentous milestone, Bernhard H. Mayer collaborated with Rodolphe Design, a prestigious Swiss-based independent design studio – one experienced in designing watches and jewellery for clientele such as Elie Saab and Longines, amongst many others – to conceptualise two limited edition timepieces that showcase the brand’s 150 years of excellence in precious metal craftsmanship. The 150th Anniversary Collection watches, each displaying a unique commemorative coin featuring the original Mayer factory that nods to the brand’s numismatic roots, are presented in two editions: 18K Rose Gold and Stainless Steel.

The 18K Rose Gold Edition, limited to 150 pieces, features a 150th Anniversary 18K rose gold medal at 3 o’clock on its black sandblasted dial. A black croco print leather strap matching the dark dial is aesthetically paired with the watch’s brushed/polished stainless steel with rose gold PVD case that measures 43 mm in diameter. Through the see-through sapphire crystal caseback, the Swiss Automatic – ETA 6497 movement with a special 150th Anniversary BHM logo on the rotor can be admired.

As for the Stainless Steel Edition, it is limited to 1871 pieces and features a 150th Anniversary silver 925/-medal at 3 o’clock on its blue sandblasted dial. Its 43 mm brushed/polished stainless steel 316L case is complemented by a croco print leather strap with stainless steel folding clasp. Visible through its sapphire crystal caseback is the Swiss Automatic – Sellita SW200 movement, also with a personalised 150th Anniversary BHM logo on the rotor.