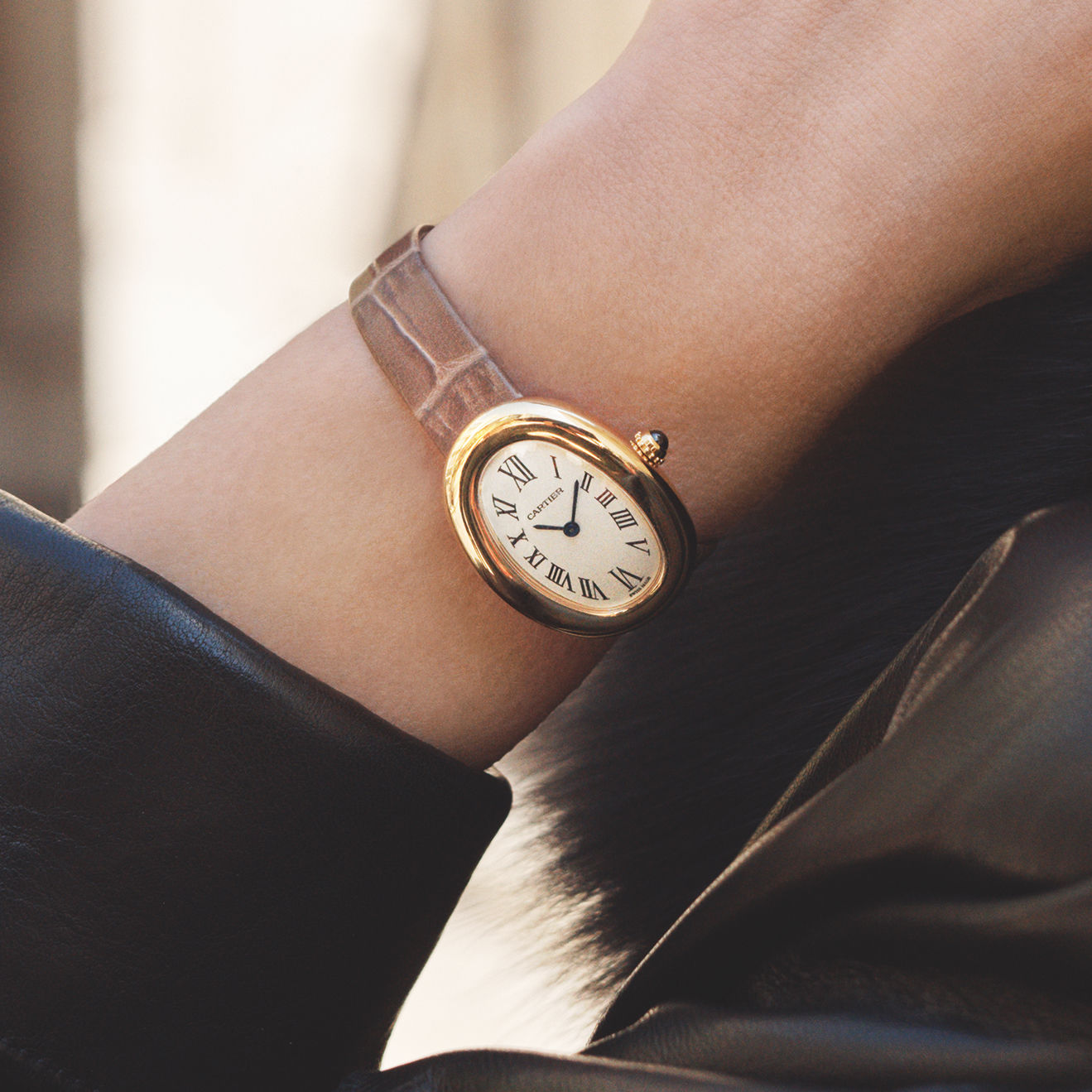 It’s quite remarkable how a completely ordinary object can sometimes become the inspiration for a truly extraordinary creation. Cartier’s iconic Baignoire watch is one such classic example. It was in the early 1900s that Louis Cartier created the first model of this series by modifying the traditional round shape of the dial into an elongated oval form. His inspiration? The common bathtub, or ‘baignoire’ in French.

While the initial shape of the early Baignoire watches was quite simplistic — two parallel lines joined by curves at the top and bottom — the appearance kept evolving with time. And it was in the 1950s that the more familiar oval form, currently popular across the world, came into being. It brought along with it a smooth, sophisticated gold border that wrapped seamlessly around a dial featuring Roman and Arabic numerals. This new Baignoire watch, with its classic elegance and feminine allure, was an instant, phenomenal success.

Over the years, while the design of the watches has remained more or less true to this earlier version, the timepiece has, nevertheless, continued to evolve, not only in terms of new technology, but also aesthetically. The newer models in the Baignoire series, for instance, became increasingly glamorous, sensual and luxurious. Conveying a sense of effortless grace and French chic, the watches became a statement piece for women with a deep understanding of fashion.

The rocking years of the 1960s brought in yet another creative innovation — the Baignoire Allongée. Born in the workshops of Cartier London, to the tunes of ‘Swinging London’, this new timepiece enthralled with its sleeker, longer shape that extended almost possessively across women’s wrist. Seductively refined, this alluring piece proclaimed its bold character with extravagant panache, by presenting a gold border liberally studded with exquisite diamonds.

The original 1950s model and its variants, as well as the later Allongée models are all part of the current range of stunning Baignoire watches by Cartier. The former comprises two versions — a small, yellow gold-rimmed model with a taupe alligator leather strap, and a 228-diamonds-encrusted model, set in a white gold case with a dark blue alligator leather strap.

The glittering Allongée series comprises of several models, lavishly decorated with brilliant-cut diamonds, set in a white or rose gold case. The shimmering glory of these breathtaking timepieces is beautifully complemented by the quiet elegance of grey, taupe or dark-blue leather straps. Except in the case of one ravishing, white gold model that enhances the desirability quotient by offering a diamond-studded bracelet, as well — with 894 sparkling diamonds, this one is a true masterpiece among equals.