In watchmaking, tool watches broadly speaking can be distilled down to these three archetypes – aviation, diving and field. An aviator’s watch, or more commonly known as a pilot’s watch, can trace its roots back to the onset of the 20th century when aviation was still at its nascency.

In those early days, pioneers raced against each other on whose inventions could take to the skies higher, farther and safer. Naturally, it means that these inventors themselves were also risk takers, engineers and aviators, piloting their own planes in order to gauge performance and understand the improvements that must be made to develop better replacements.

It was during this time that wristwatches began to appear on the wrists of these multi- hyphenates. Wristwatches were necessities as pilots required them to time their flights. Flying had always been the dream of humankind. Prior to the arrival of planes and for a time flying machines like airships co-existed with planes. But unlike the ponderous airship, the plane was far more complex; it was agile and fast. The emergence of planes represented the future and captured the imagination of the public. The enormous publicity watchmakers received subsequently from the media for their association helped solidify the presence of pilot’s watches. 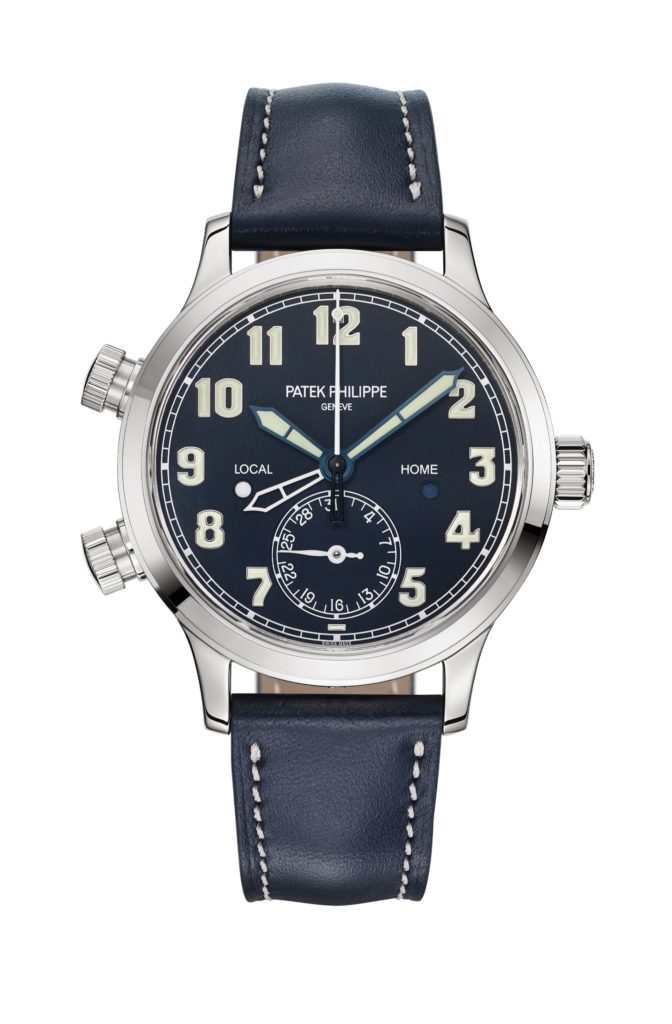 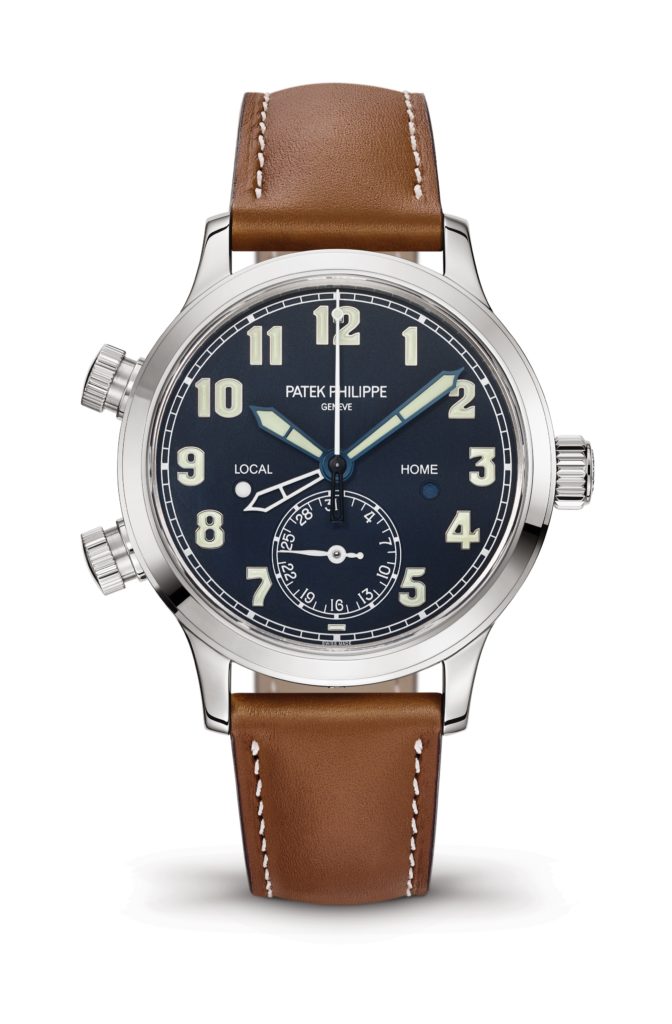 Pilot’s watches were driven by functions. In an age sans autopilot or modern navigational aids, pilots were reliant on their sights. Therefore, the legibility of the watch was paramount. Pilots took quick, short glances at the watch to learn the time while their hands were occupied with other on-board instruments, which also served as the source of its aesthetics. And then, there was the oversized crown to facilitate the winding action, simply because pilots would wear thick leather gloves in flight to keep their digits warm. As planes gained the capacity to travel longer, devices such as the siderometer helped pilots determine their positions and the Greenwich sidereal time.

Times have changed of course and so have planes. From single or double seaters with propellers and open-air cockpits that travelled for minutes to modern marvels ferrying hundreds of passengers traversing continents, pilot’s watches have also evolved to follow suit. The Patek Philippe Ref. 7234G-001 Calatrava Pilot Travel Time which we will discuss at lengths is both a throwback to the prospering days of aviation and an encapsulation of today’s business travel at its finest.

The dial, specifically the large Arabic numerals, represents the quintessence of a pilot’s watch. It is the single most important detail of a pilot’s watch, for the reason stated earlier – legibility. More than that, however, this example is also a homage to Patek Philippe’s own archives from the 1930s by way of another Calatrava Pilot Travel Time.

Though Patek Philippe jolted aficionados with the debut of the Ref. 5524G Calatrava Pilot Travel Time in 2015, it didn’t take long for the initial shock to wear off as they became smitten with the novelty. The Ref. 5524G was a union of large white numerals and luminous hands upon a dark background. It bore a sporty yet elegant profile, which was a complete opposite of the conservative and sometimes ornamental Calatrava that collectors were familiar with. That watch was atypical of Patek Philippe’s efforts up to that point.

To create it, the manufacture went back in time and sought reference from two aviator’s watches (also of siderometer) it produced in 1936, both of which are now exhibited at the Patek Philippe Museum. At the same time, Patek Philippe opted to put its own spin on the pilot’s watch. Instead of the customary black colour, the brand went ahead with blue.

While most pilot’s watches stop at three hands and a date, the Ref. 5524G offered an additional function that was meant for today’s travellers. The incorporation of the exclusive Travel Time mechanism, which Patek Philippe patented initially in 1959 and updated again in 1996, allowed the Ref. 5524G to switch time zones effortlessly and precisely.

The Ref. 7234G is not unlike the Ref. 5524G, albeit smaller. Compared to the 42mm precursor, the new watch’s 18k white gold case measures only 37.5mm. Patek Philippe dubs this a medium size, which also suits men with thinner wrists. For women, the Ref. 7234G makes an excellent couple watch with the larger Ref. 5524G as well. They are also available as the Ref. 5524R and 7234R, with R denoting that both models are made of rose gold and complemented with brown, black-gradated dials.

Powering the Ref. 7234G is the in-house, self-winding calibre 324S C FUS comprising 294 parts and offering up to 45 hours of power reserve. Though it may appear complicated, the watch is relatively simple to operate thanks to the Travel Time mechanism. The blue lacquered dial is dominated by a pair of hour hands, with one indicating local time, while another home time.

To spur the Super-LumiNova-coated local-time hour hand into action in an hourly increment, all it takes is the activation of either the lower pusher for clockwise or upper pusher for counter-clockwise. While such adjustments take place, the local-time hand is disconnected from the movement, so as not to compromise the accuracy of time displayed by the minute and second hands. The skeletonised hand points towards home time.

Especially useful is that both time zones have separate day/night indicators (9 o’clock for local time and 3 o’clock for home time) to simplify time setting on the go and reading of time when you are half the world away. Obviously when you are home, both hour hands are superposed.

In addition, to prevent accidental adjustments of local time, the fluted pushers on the left of the case are equipped with a patented safety system, which must be unlocked with a quarter turn, prior to performing any adjustment.
Lastly, the analogue date at 6 o’clock shows the date, which is synchronised to local time, where it jumps in accordance with the local-time hour hand as it passes midnight either in the clockwise or counter-clockwise direction.

This story was first published Prestige Malaysia’s March 2021 issue. To read the latest issue, pick up a copy from the nearest newsstand or subscribe on Magzter.

Watch report 2021: All the major releases of top watchmakers