The Apple Watch Hermès is back with a brand new look 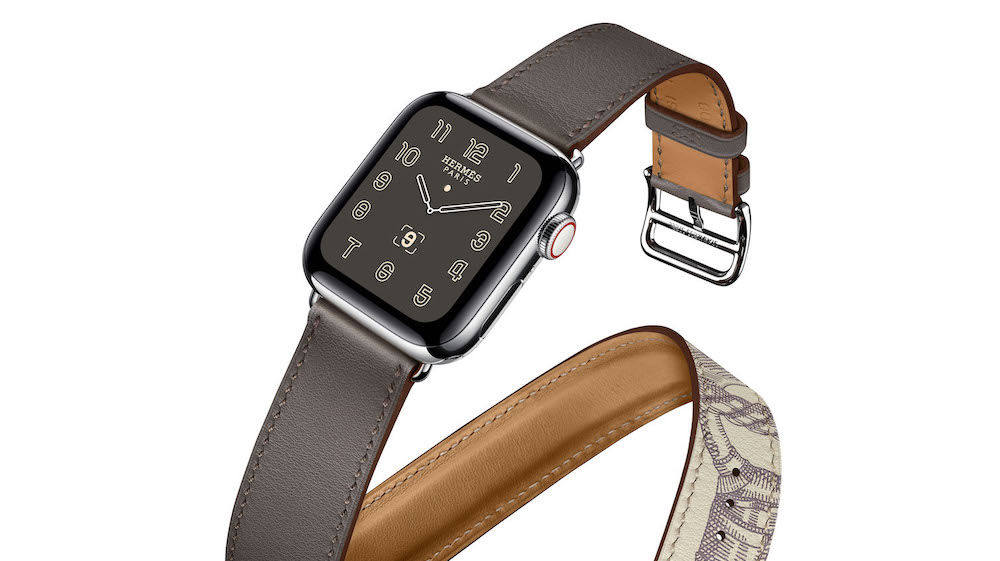 Available in-stores from 20 September, the Apple Watch Hermès Series 5 features a range of new cases and straps, as well as new faces for the Always-On retina display. Here’s what to expect from the fifth iteration of the series.

Features-wise, the latest edition highlights the ‘Always-On’ retina display. What this means is you can bid goodbye to wrist raises or taps to check the time or your notifications and dim your screen with movements — all this without draining your battery life. Other features include a built-in compass and an improved Maps app. As a fitness wearable, it now has every workout imaginable for every exercise, advanced metrics, and an ECG app that assists you with keeping track of your fitness data.

While the standard Apple Watch sees a new brushed titanium case added to its lineup, the Hermès iteration offers a choice of two: Space Black stainless steel as well as polished steel. One of its new designs is the Dark Art, which sports an entirely black dial, leather strap, and buckle, and comes with a black sport band.

Its other design, the Della Cavalleria, is available in three colours: Encre, étain, and brique. The buckle is reminiscent of a saddle’s straps, as an homage to the maison’s illustrious equestrian legacy. Straps on the other hand, are available in Single Tour and Double Tour, with the latter being extra long, and feature the Della Cavalleria scarf design on solid colours. Those wearing it for fitness can easily swap the leather strap for the Hermès sport band in signature orange.

All photos are credited to Hermès