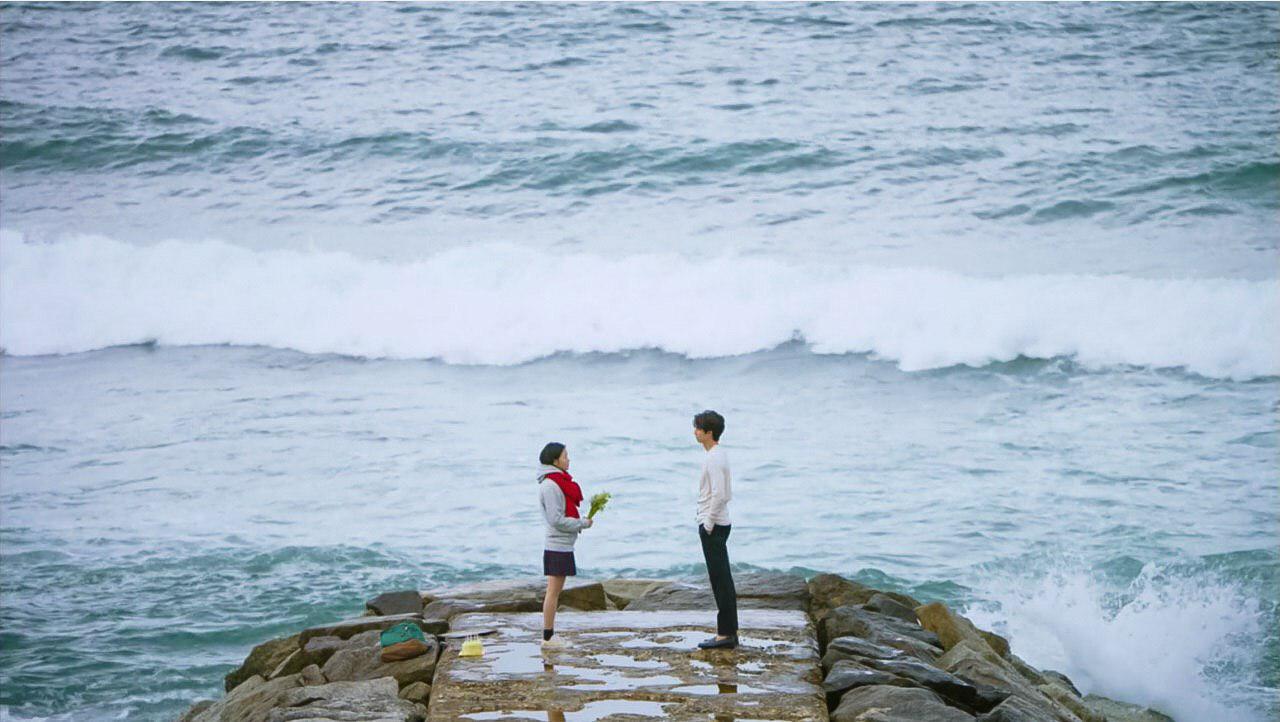 Planning to travel to South Korea in 2022? You’ll want to check out the filming locations of your favourite K-dramas if you’re a fan of the genre.

Whether it is TV dramas, movies, beauty products, food, or culture, it’s clear that South Korea has enamoured plenty of people. K-dramas hits like Squid Game, Crash Landing on You and Goblin, in particular, have earned themselves a place in the hearts of fans around the world, even go so far as to make a mark in the global entertainment industry.

For people who are not just Korean TV show enthusiasts but travel lovers too, visiting these popular K-drama locations where some of the iconic scenes have been shot is no less than a treat.

South Korea has countless beautiful locations that attract tourists. The capital, Seoul, is a traveller’s paradise, and its ancient architecture, renowned restaurants and state-of-the-art infrastructure make it one of the best places to be in. Add to that the chance to visit actual K-drama locations where some of the most memorable scenes were shot, and you’ve gotten yourself the ultimate holiday.

Oh and while you’re there, don’t forget to recreate these scenes with your friends or special someone.

Featured in: Mint Condition, Imitation, Hello, Me!, Private Lives, Record of Youth, My First First Love, Touch Your Heart, While You Were Sleeping, Manhole, The Best Hit, Goblin, To Be Continued, Dream Knight

Remember the hilarious scene from Goblin, where Kim Shin (Gong Yoo) and the Grim Reaper (Lee Dong-wook) walked through a tunnel before a biker zoomed past them, yelling at them to take the sidewalk? They assumed he was probably wishing them ‘Happy New Year’ in his own way and waved at him. This scene was beautifully shot in and around the Sinchon Graffiti Tunnel in Seoul, which got its name from the bright graffiti art that line it. The graffiti shown in the scene has now been replaced by something new, but it’s still a unique place to visit.

While random paintings on walls were strictly banned in South Korea, the Korean government legalised graffiti art after recognising it to be an important tool for global representation. Now, the country offers various forms of graffiti art on its walls throughout the city.

If you wish to be photographed with the tunnel’s iconic wall in the background, head straight to Exit 1 of Sinchon Station (Railroad) on the Gyeongui Line. The tunnel is located to the left of the Megabox Building. You can easily reach Sinchon from Seoul Station by train (metro subway), taxi, or on foot too if you don’t mind a long walk. The Ewha Womans University is also near the tunnel, which should be on the must-visit list of every architecture lover.

Another iconic scene from Goblin (also known as Guardian: The Lonely and Great God) is the one at with the serene Jumunjin Beach. Known as the red-scarf scene, it showed Ji Eun-Tak (Kim Go-eun) meeting the Goblin, aka Kim Shin (Gong Yoo), for the first time on her birthday. This K-drama location becomes a staple in the series as the female protagonist often visits it to talk to her late mother.

According to a regional guide website of VisitKorea, “Jumunjin Breakwater was built to protect the coastline from the effects of erosion and longshore drift. It became a popular attraction after its first appearance in the television drama Guardian (2016) as many visitors look forward to taking photos of a scene reenactment from the drama.”

Located in Gangneung-si, it is easily accessible from Jumunjin Port. However, it was lesser known until the scene became popular. Another nearby tourist attraction you should stop by at is the BTS bus stand. Though the original one featured in their album You Never Walk Alone is no longer there, a replica has been created for fans to take pictures.

Featured in: Second Husband, Touch, My First First Love, Because This Is My First Life, Shining Inheritance

One of the most iconic K-drama locations in Seoul, the Seoul Fortress Wall offers majestic views of the city. In the second episode of Touch, Han Soo-yeon (Kim Bo-ra) is seen sitting here after browsing through job advertisements.

This place brings the history of Seoul alive as it borders the city, which was previously known as Hanyang. According to UNESCO’s official website, “King Taejo, the founder of Joseon, designated Hanyang as the capital of the newly established dynasty in 1394. At his behest, the following buildings were constructed in 1395: Royal Palace; Jongmyo (Royal Ancestral Shrine); and Sajikdan (Altars for Earth and Grains).”

The approximately 19km-long wall was built along the ridge of four inner mountains of Seoul namely Baegaksan, Naksan, Namsan and Inwangsan. Some parts of the historical place have been renovated, while others have been kept in its original state as reminders of the damages that the wall has faced over the years. Nevertheless, it is a must-visit for not just K-drama fans but history buffs, too. It is located at Yulgok-ro in Jongno-gu district.

Featured in: Lovestruck in the City, Run On, Do Do Sol Sol La La Sol, More Than Friends, Do You Like Brahms, Find Me In Your Memory, The Beauty Inside, Goblin, Misaeng

Fancy a picture-perfect stroll with your special someone past a palace stonewall with tall trees and roads covered with dried leaves, especially during autumn? If yes, head straight to Deoksugung Palace Walkway in Sejongdaero, Jung-gu. One of the most well-known K-drama locations for its scenic backdrop, it is an extremely popular choice for photoshoots and Korean TV shows. Other equally famous tourist attractions nearby include the Seoul Museum of Art, Jeongdong Theatre, and The Salvation Army Museum of History.

The characters Seo Do-jae (Lee Min-ki) and Han Se-gye (Seo Hyun-jin) from The Beauty Inside are seen taking a stroll through this pathway on their first date.

Located at Yongin-si in Gyeonggi-do province, the Dae Jang Geum Park is one of those names that inevitably crop up whenever you think of historical K-dramas.

Travel back in time by visiting the theme park, which brings history and culture to life from the moment you step inside. Add to it the upbeat cafes and the opportunity to wear the costumes of your favourite characters, and you’ve gotten yourself an Instagrammable experience you won’t forget. The filming set, owned by the Munhwa Broadcasting Corporation, is easily accessible from Seoul by taxi or local trains (metro subway).

Featured in: You Raise me Up, Vincenzo, True Beauty, Lovestruck in the City, Do You Like Brahms, Flowers of Evil, Find Me in Your Memory, Clean With Passion for Now, My Mister, Live Up To Your Name, Chicago Typewriter, Lovers in Prague

The stream is located at the square, which is based on the traditional Korean Bojagi design used for textiles. With unique architecture showcasing 22 bridges around the stream, it lights up in the evening and is a sight to behold. Another popular shooting spot in Seoul is Jung-gu, which is perfect for long, romantic walks.

Cheonggyecheon is where Do Yong-sik (Yoon Si-yoon) walks hopelessly in You Raise Me Up, when he sees Do Ji-hyeok (Park Ki-woong) stepping out of his car.

Known as one of the top three prestigious universities of South Korea, of which Parasite director Bong Joon-ho is also an alumnus, Yonsei University is one of the favourites among K-drama makers.

Thanks to its magnificent architecture, this location has found itself in numerous school and college scenes. A museum built in honour of its founder, Horace G Underwood, is situated at the Underwood Hall in the Sinchon Campus.

Parts of this university have been featured in Snowdrop as Hosu Woman’s University, which is attended by Eun Yeong-ro (Kim Ji-soo). It is located at Sinchon-dong, Seoul.