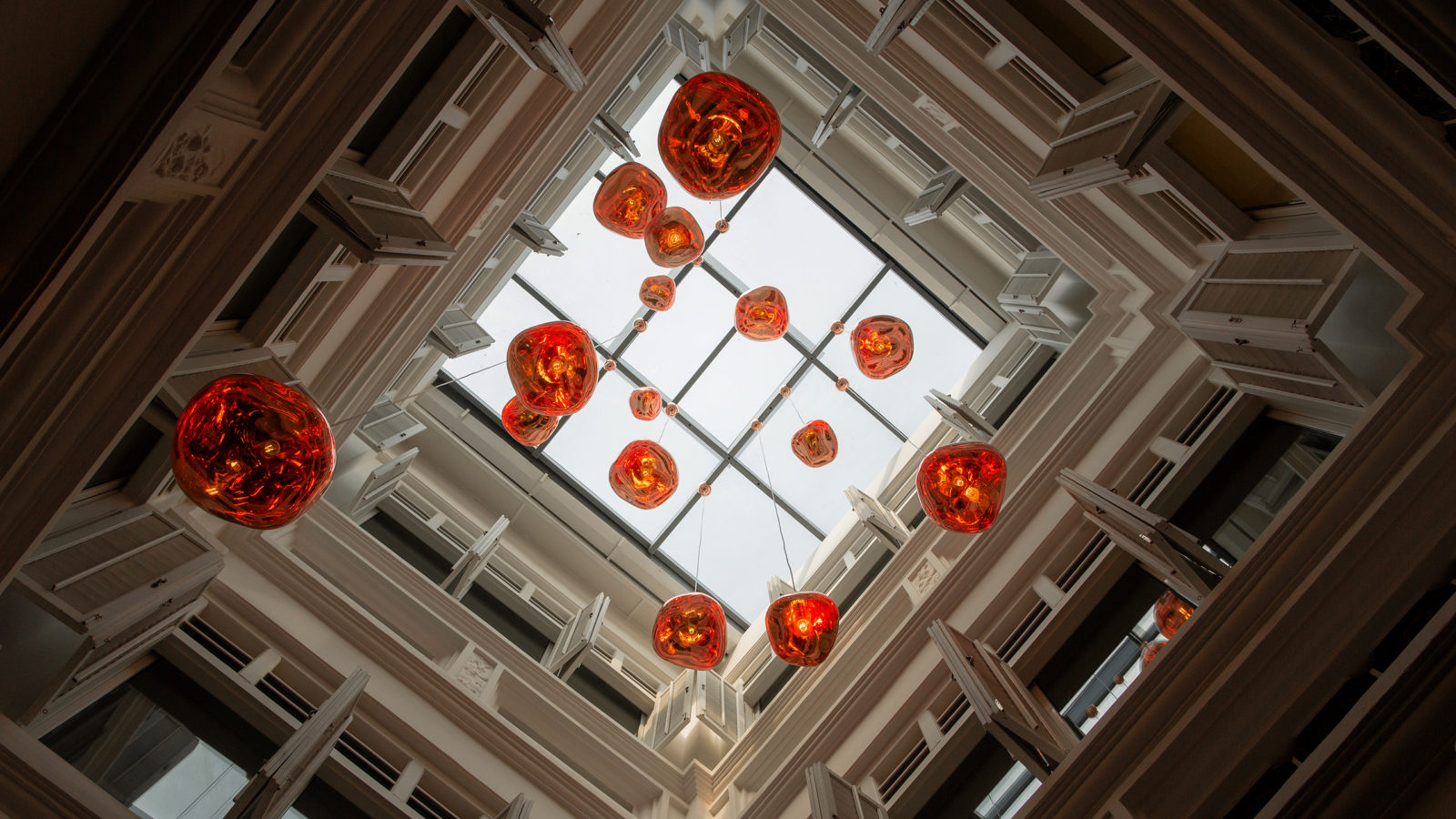 Located on the prominent Armenian Street, situated at the core of George Town, Penang, stands a three-storey early Straits Eclectic-style building refurbished into a boutique luxury hotel. Step into the 88 Armenian – an oasis of comfort for the most hedonistic traveller – and meet Dr Angeline Yong, the brains behind this marvellously restored heritage building.

She is a mother of two young children, full-time dermatologist, and the powerhouse behind three heritage hotels, including 88 Armenian and Noordin Mews in George Town, as well as Lotus Villa in Luang Prabang, Laos. Armed with impressive focus and multitasking abilities, Angeline handled the restoration of 88 Armenian while also pursuing a master’s degree in public health at Harvard University.

Finding the diamond in the rough

Angeline and her husband share a passion for reinstating old heritage buildings to their former glory. It was the couple’s love of travel that first motivated them to embark on the journey of establishing boutique heritage hotels. “I remember staying in the Belmond Hotel Monasterio in Cusco, Peru, a beautifully restored heritage hotel that had previously been a monastery. What impressed me was the hotel’s history and art tour that you could go on, and be personally shown different artworks within the hotel while being told the history of the building itself and what used to go on within those walls,” she recalls.

It was this peek into the building’s history deepened Angeline’s appreciation of the thought that went into the former monastery’s restoration and made for one of her most memorable stays. “This is the same experience I want for the guests at 88 Armenian,” Angeline says, eager to impart a piece of Penang’s rich past to visitors. Boasting architectural marvels from late 18th-century British colonialists to 19th-century Chinese temples, mansions, storefronts – it’s little wonder that this culturally rich locality has been granted the status of a UNESCO World Cultural Heritage Site.

Angeline, a Singaporean Peranakan, brings up the many similarities that Singapore shares with the island of Penang, especially historically and developmentally. “I feel that although Singapore has managed to conserve some of our old heritage shophouses in certain locales, George Town certainly has a larger core heritage zone, and so I saw an opportunity to get involved personally in this conservation process.”

While formulating the concept for 88 Armenian, Angeline’s team researched the history of George Town and spoke to locals to verify the history of Armenian Street itself. These efforts were undertaken to ensure 88 Armenian would be restored in a culturally sensitive way, accurately reflecting its origins through the carefully curated elements incorporated into the hotel’s final restoration.

Armenian Street was once known as the coppersmith street in the mid-19th century, and so the hotel has incorporated copper features throughout the structure as a nod to its origins. Commemorating the fire that once razed the building to the ground, burnt wood elements crafted with a traditional Japanese wood preservation technique known as Shou Sugi Ban have been weaved into the ground floor interior.

Though the hotel preserves its historical framework allowing visitors to ponder the past, its guest spaces boast every convenience a luxury traveller could want. “I wanted to show that heritage and modern-day comforts can be blended, and this is what inspired me to bring the modern world into this historical hideaway,” Angeline explains. Driven to create bespoke experiential stays based on her travels, Angeline was particularly excited to offer guests luxury bath services.

“I tried to marry all of my favourite experiences together to create a luxury experience for guests to relax and enjoy. Our key feature of the hotel is the oversized bathroom available in every suite, upping the game with a complete bath experience from the moment you step in – including skin and facial amenities from Aesop, a spa shower experience by Gessi, and an on-call bath butler service with a range of personalised bath salts to relax over a cup of tea,” she details.

Angeline navigated many challenges and restrictions on the journey to restore the 88 Armenian. The last hotel to gain approval within George Town, the project was subject to adhering to strict regulations from the UNESCO world heritage board. “You certainly can’t just get in there and get going without all the proper permits from various government agencies and heritage board’s approval,” Angeline admits. Confirming that it took much longer than envisioned to complete the restoration, she adds, “It was nothing short of a labour of love, but the finished work speaks for itself.”

For details and bookings, visit 88armenian.com