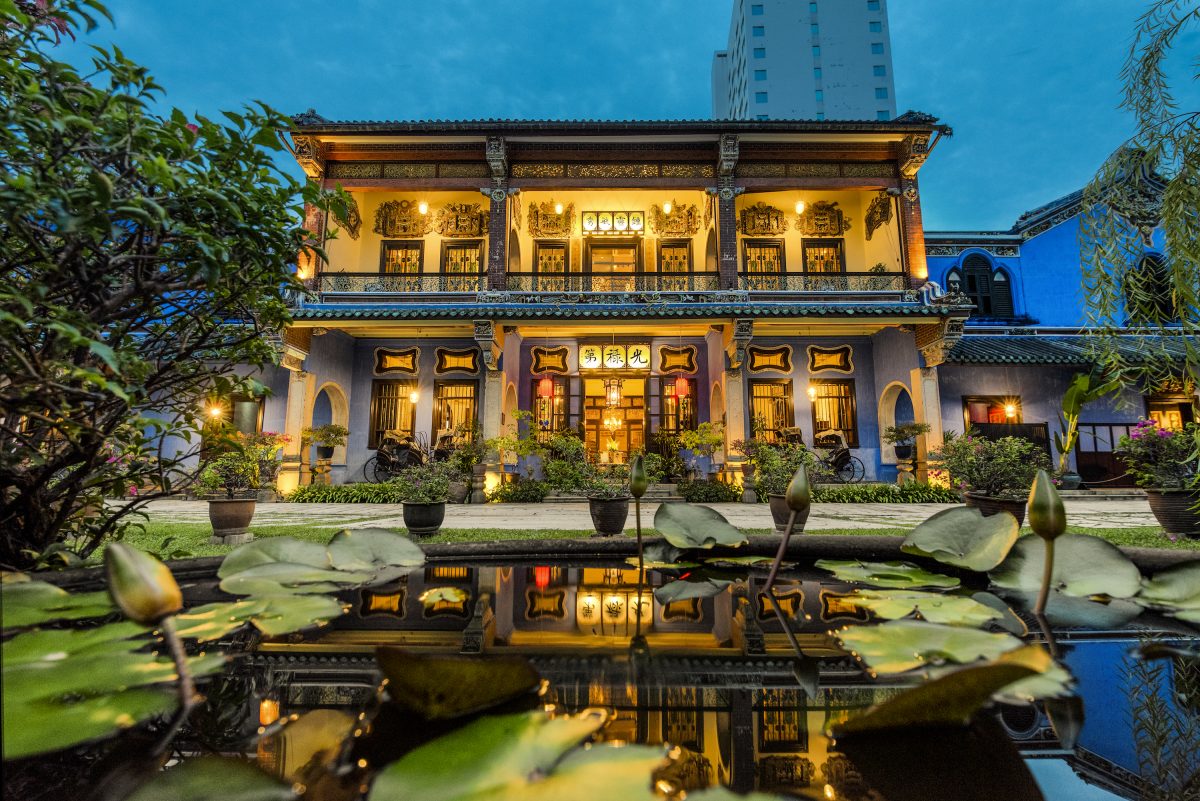 When In Penang, Live Like A Crazy Rich Asian at Cheong Fatt Tze’s The Blue Mansion

Travel
When In Penang, Live Like A Crazy Rich Asian at Cheong Fatt Tze’s The Blue Mansion
Share
Next article

Penang has an oriental charm that stands the test of time. The island is dotted with old heritage buildings, char kuey teow stalls and boasts a strong appreciation for art and culture. Scenes from the newly released film Crazy Rich Asians were shot in one of Penang’s UNESCO heritage sites, The Blue Mansion. Stars of the 2018 film, Tan Sri Michelle Yeoh and Constance Wu were both hosted at the boutique hotel as well.

The Blue Mansion has its roots in the riches. This iconic mansion was commissioned by a self-made tycoon named Cheong Fast Tze, nicknamed the ‘Rockefeller of the East’. The first bricks were laid in 1890s when even then, was quite the masterpiece having been the product of consultations with leading Feng Shui masters. Cheong had experts from Southern China flown in, and imported building materials from as far as Scotland. In its heyday, used as Cheong’s home in the late 19th century, was the pivotal heart of the city.

If the crazy rich asian in you is yearning for a vacation, it’s this: the latest ‘One Night at the Mansion’ package for up to 36 people. Or perhaps you’ve got a Colin-Araminta-type wedding to plan, or possess Astrid Leong’s fine taste and checking balance to boot. Whatever the reason is (not that you need one as a Crazy Rich Asian), you’ve got full use of the entire mansion for 24 hours. Yes, the entire mansion.

The stay begins with lavish welcome gifts in each room, followed by a Nyona tea and mahjong session ala the very scene shot at The Blue Mansion. Come sundown, guests will indulge in cocktails whilst enjoying a private guzheng in one of the mansion’s five courtyards. As for dinner, there’s a gourmet feast of contemporary East-meets-West dishes at Indigo, helmed by Executive Chef Weng. Did we mention champagne breakfasts delivered to your room or out in the courtyard?

Guests may enquire and personalise by emailing onenight@cheongfatttzemansion.com.