Once in a while, we want to be pampered with the luxury and flamboyance that royals experience on a daily basis. However, one doesn’t need to be a king or a queen to get a taste of this opulent life.

Experience the luxury living with some of these palaces that have been turned into hotels.  From riding in horse-drawn carriages to a highly trained staff escorting you through marbled halls, you are sure to shine under the centuries-old chandeliers that adorn the high ceilings. 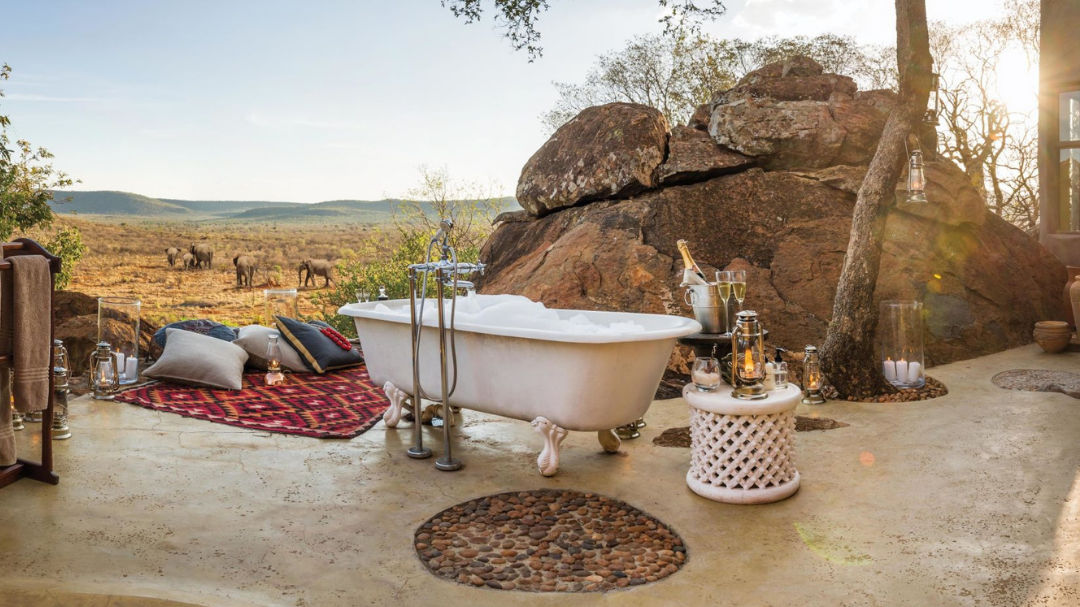 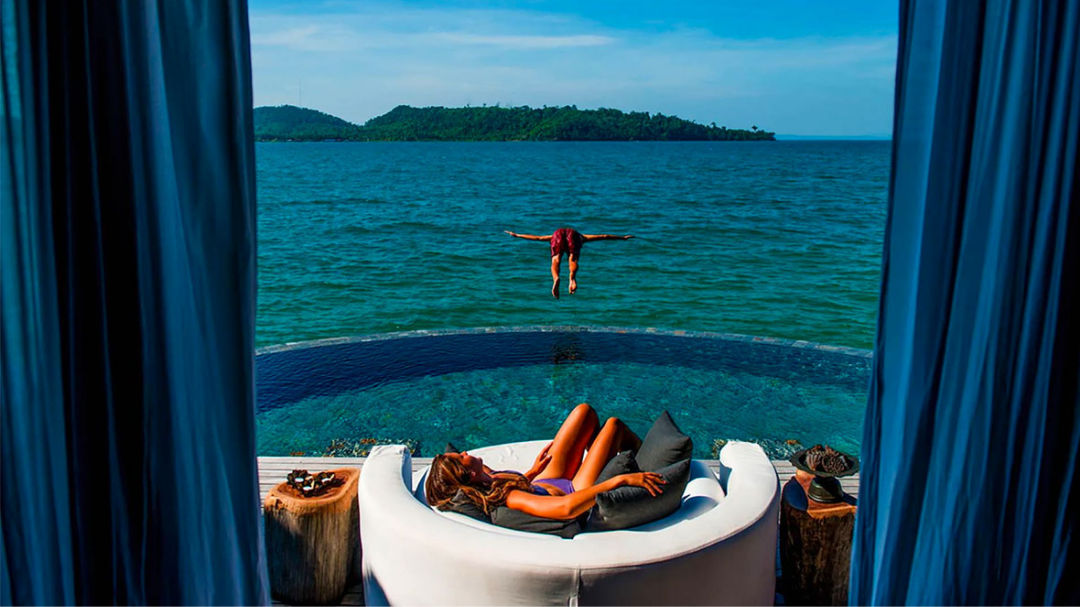 These palaces-turned-hotels won’t only stun you with their breathtaking architecture but will also impress you with their impeccable service. So, embrace the perfect mix of history, hospitality and extravagance, for a relaxing stay at some of these hotels around the world.

One of the most beautiful palace hotels in India is the Umaid Bhawan Palace Jodhpur, which sits atop Chittar Hill — the highest point in the city. It was constructed between 1928 and 1943 during the reign of Maharaja Umaid Singh.

Hailed as the world’s sixth-largest private residence, a portion of Umaid Bhawan Palace has been managed by Taj Hotels Resorts and Palaces since 2004. The present Maharaja of Jodhpur, Gaj Singh and his family continue to live in a part of the palace.

This five-star palace hotel offers 70 breathtaking Art Deco-style rooms and suites. Apart from being an architectural marvel, the property houses a museum, and it is near the Mehrangarh Fort. Its 26 acres of verdant gardens is a treat for sore eyes.

Catering to its visitors’ tastes and preferences, one can either let their hair down while swimming in their Zodiac Pool or at the hunting-themed Trophy Bar. Food lovers will have a ball as they get to sample authentic Rajasthani and Indian cuisine. The palace hotel’s signature spa treatments and rejuvenating therapies are best suited for those looking for a relaxing stay.

Originally built in 1820 as a private residence for Prince Alexander Yakovlevich Lobanov-Rostovsky, it was later turned into a government office building and then an academy housing a museum and a dormitory. In 2014, the palace was converted into Four Seasons Hotel Lion Palace, a luxury hotel.

Adding to the magnificence of the palace are the four white marble Medici lion sculptures placed at the entrance, from which the hotel gets its name. Besides the array of 157 regal rooms and 26 suites, patrons can spend a relaxing time at the hotel’s award-winning Luceo Spa.

Want to dine like a Tsar? Head to their Tea Lounge to sample the best flavours from Russia. Their vodka tasting sessions will only take this experience a notch higher.  The hotel’s Asian restaurant Sintoho and Italian restaurant Percorso will impress all.

Home to the noble family of Moscati Parisio, this palace was built in the 17th century. It was in 1999 that the palace opened its doors to welcome guests. One of Europe’s luxury hotels, the Xara Palace Relais & Châteaux’s exquisite Michelin star restaurant, The de Mondion, conjures picturesque views of the island and offers sumptuous food. Visitors can also head to Trattoria AD 1530 for a more relaxed and casual setup.

It was somewhere during the mid-19th century when Ottoman sultan Abdülâziz built the magnificent Çiragan Palace on the banks of the Bosphorus. The palace was turned into a hotel in the 1990s and has since then hosted many events.

Whether it be official meetings or weddings, the Çiragan Palace Kempinski will make sure to accommodate the needs of its guests and make their stay an affair to remember. The multiple restaurants and bars offer the perfect mix of food and entertainment like no other. Tuğra Restaurant, Gazebo Lounge, Laledan Restaurant and Bosphorus Grill are heaven for culinary enthusiasts.

Situated in a corner of Summer Palace — a UNESCO World Heritage Site —  the hotel was used to house Empress Dowager Cixi’s guests from 1861 to 1908. In 2008, Aman Resorts opened their first venture in China with this royal property.

Their Aman Spa, “a sanctuary for body and mind”, is the perfect option to relax. The staff uses many techniques —  gemstone massages, scrubs, moxibustion, reflexology and acupuncture — to soothe the senses.

Floating like a dream on Lake Pichola in Udaipur, Rajasthan, is Jag Niwas Palace — an 18th-century summer retreat that Maharana Jagat Singh II started building in 1743, on a whim. The white-walled palace took three years to complete.

In the 1960s, this summer home was converted into Rajasthan’s first luxury hotel — Taj Lake Palace — by the Taj Group Of Hotels. Boasting 65 plush rooms and 18 suites, Taj Lake Palace’s favourable location lends each room gorgeous views of the City Palace, the Aravalli Hills, the Machla Magra Hills and Jag Mandir. Guests can also choose a relaxing session at the luxury hotel’s Jiva Spa, which offers a spa boat experience.

While its diversely themed signature restaurants offer an array of cuisines, including Indian and European, one can indulge in iconic cocktails made with international spirits at the Amrit Sagar bar.The grand hotel has also been a site for iconic film shoots, including the James Bond film Octopussy (1983).

Joining the list of royal palaces turned into hotels is Villa d’ Este. Built in 1568 for Cardinal Tolomeo Gallio, the grand palace situated on the banks of Lake Como was converted into a luxury hotel by a group of businessmen based in Milan in 1873. It is also surrounded by a private park.

Villa d’Este welcomes visitors to its main historic building, the Queen’s Pavilion and four private villas — Villa Cima on the lakeshore, Villa Malakoff, Villa Garrovo, and the Mosaic House. The hotel’s Sporting Club has a swimming pool, golf club, gym, tennis and squash courts. Taking a dip in the famous floating pool on the lake is an otherworldly experience.

Built in 1787 for Dutch consul Daniel Gildemeester, the palace was converted into a luxury hotel in 1955. Since then, Tivoli Palácio de Seteais has been offering an elegant ambience and unique curated services to its guests. Visitors will love spending time in the lush green gardens and relaxing in the grand rooms of the hotel.

Their Anantara Spa not only provides pampering treatments but also a breathtaking view of Portugal’s mountainside. If you are a wine enthusiast, then don’t miss the rare local wines that the hotel’s wine tasting hub, Seteais Colares Doc, has to offer. The bar at Tivoli Palácio will floor you with the stunning views of the Sintra Mountains while you sip your favourite cocktail on its terrace.

It was while pursuing her degree in computer applications, when Priyanka decided to set her sights on content writing (talk about realisation and serendipity). In her spare time, she is either found immersed in books or movies.