7 picturesque ‘House of the Dragon’ filming locations you can visit

House of the Dragon has caught the attention of fans not just for the plotline, but the gorgeous scenic locations.

Based on George RR Martin’s Fire and Blood and created by him and Ryan Condal, the Game of Thrones (2011–2019) prequel is a favourite of many. Needless to say, GOT fans always keep an eye on anything related to the original or the newest release, House of the Dragon, which dates back to over 200 years before the GOT events.

Telling the story of House Targaryen, the series takes viewers through several scenic places with majestic castles overlooking expansive landscapes. Thus, travel enthusiasts, too, must know about these House of the Dragon filming locations that they can visit.

Preparing your travel bucket list based on your favourite shows? Brace yourselves as we have a list of the places where House of the Dragon was filmed that has been created not only for GOT fans but also for those planning their upcoming trips. While most of the noted ones are in England, you can find Spain and Portugal on the list, too. 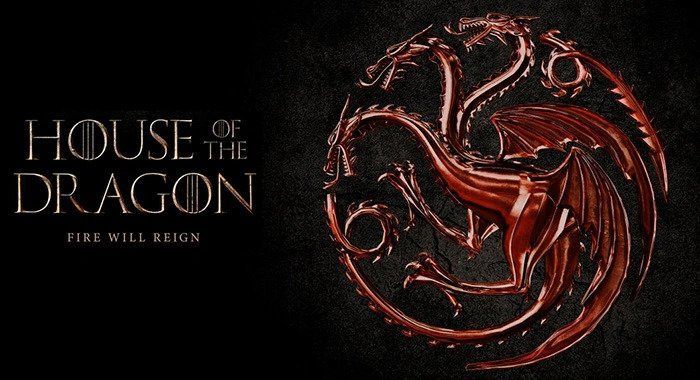 Stunning House of the Dragon filming locations that deserve a visit

Are you a traveller interested in architecture? If yes, then Cáceres is your place to be, which is also a UNESCO World Heritage Site. As per UNESCO’s official website, “The city’s history of battles between Moors and Christians is reflected in its architecture, which is a blend of Roman, Islamic, Northern Gothic and Italian Renaissance styles.”

This old town, used as a trade route in the 15th and 16th centuries, is located in Extremadura, an autonomous community, lying southwest of the Iberian Peninsula. Popularly known for its magnificent towers, including the Bujaco and Yerba, the heritage city elicits subtle architectonic vibes through its streets, walls and lanes.

So, without a doubt, this historic city served as the perfect one to depict King’s Landing in not just House of the Dragons but in the original Game of Thrones (season 7) too.

King’s Landing in all its glory. pic.twitter.com/LeTEPPjx9V

The best way to delve deep into the historic lanes of this quaint town is to reach the place via Madrid, Lisbon or Seville (international airports). And foodies, don’t forget to sample some Torta del Casar, a type of cheese, native to this place.

Another spot in Extremadura, near Cáceres, which was used to shoot the exterior of King’s Landing in both House of the Dragon and Game of Thrones, is Trujillo. The Castle of Trujillo is one of the most attractive spots in the town and this mediaeval structure was depicted as Casterly Rock in GOT.

The abundance of scenic locales comprising lush green meadows and azure waters surrounding mediaeval churches and castles makes England a traveller’s haven. And, Cornwall has all the ingredients to make it one of the best House of the Dragon filming locations.

Lying along Mount’s Bay near Ludgvan, St. Michael’s Mount is an iconic place to visit. The island houses a castle and a church belonging to the 12th century.

And, blending art with greens is the Tremenheere Sculpture Gardens, offering a tranquil stroll and delectable eatables and beverages from its kitchen. The entire St. Micheal’s Bay area, too, is a place for the perfect walk worth remembering. It is around 2.5 km from Carbis Bay, the closest train station.

The main castle has been wonderfully used as House Velaryon in Blackwater Bay, the huge water body at King’s Landing’s edge. Additionally, a nearby place, Kynance Cove, which lies to Mount’s Bay’s east and has a pristine beach, was used to show a Velaryon camp.

In fact, few of the images used for the first look featuring Prince Daemon Targaryen (Matt Smith) and Princess Rhaenyra (below) have been shot here.

GOT fans must have noticed this one. Nestled on the lofty peaks of Derbyshire is the village of Castleton, which has been used as the filming location for The Vale of Arryn in the show. Yes, it is the same castle which was shown as one where enemies can be pushed through the moon door to die.

The hills and the limestone formations serve as one of the major reasons to shoot here. Also, Cave Dale, Eldon Hill Quarry and the Market Place are one of the prime shooting locations in House of the Dragon.

Apart from flourishing tourism owing to its scenic locales, Derbyshire is known for coal mining and engineering too.

Reaching this place via London is absolutely hassle-free. You can choose to travel by bus, which takes around five hours, or a tram service, or best, drive down.

Book your stay at Van Dyk by Wildes in Chesterfield, Derbyshire

Many aquatic scenes from the series have been shot at various beaches in England, including Holywell Bay beach and those nearby St. Cuthbert’s Well, other than Hartland Quay on the Atlantic coast of Devon.

Sun, sand and sea beach lovers can find their little paradise in Hartland Quay, the beauty of which is enhanced by its rocky cliffs and smashing waves on the pebbled shores. And yes, not to forget the locally sourced fresh seafood with refreshing drinks at Wreckers Retreat Bar.

It can take around six hours to reach Devon from London by bus and over three hours by train.

Book your stay at the Hartland Quay Hotel in Devon

Know about Pentos, right? GOT fans do. The fictional city lies near the seas of Westeros, the fictional continent in the world of GOT. Well, Pentos is nothing but the La Calahorra municipality in the east of Granada.

Portrayed as House Targaryen in House of the Dragon, this castle is popular by the name Castillo de La Calahorra locally. The origin of this castle traces back to the Moors but after they took up Christianity as their religion, it was given to the local Christian aristocracy. It is also said that this castle functioned as a prison during the Spanish Reconquest. Having a gothic architecture, this castle has four towers and a courtyard.

Although Granada has an airport, the connectivity is better for others such as Seville, which is over two hours from Granada.

Book your stay at Vincci Albayzin Hotel in Granada

In reality, House Targaryen’s ancestral home, Dragonstone, is this town at the centre of Portugal — Monsanto, meaning ‘Holy Mountain.’

Created over 500 years ago, this is one of the 12 historical villages of Portugal. As per a report by BBC, owing to building restrictions after being named as the ‘the most Portuguese’ town in 1938, it still retains its aesthetics and old-world charm. It is also called ‘the city of stones’ because of its giant boulders and rugged hills.

According to the Portugal Film Commission, a castle called Penha Garcia was also portrayed in the series, owing to its gorgeous views.

Located in the countryside of Beira Baixa, it is around 25 km from the Spanish border.

England has undoubtedly been one of the favourites of HBO for shooting scenes for not only House of the Dragon but Game of Thrones as well.

No one can miss the massive place where the unforgettable tournament took place in the first episode of House of the Dragon. It was shot at a hill fort in Surrey and Hampshire in southern England called Caesar’s Camp.

It is in Aldershot that borders Farnham, letting people get picturesque views of both counties. A place that brings images of a memorable walk amid wilderness to live with its sandy hills and natural reserves, Caesar’s Camp should be on every traveller’s list.

Surrey is hardly an hour’s distance from London via bus, taxi, or train.

Book your stay at Civic Hotel in Surrey

A journalist, Pyusha has previously worked with media organisations including The New Indian Express and Hindustan Times. A solo traveller by choice, she loves exploring life more than anything else, after food of course. When she isn't gardening, writing, reading, cooking or singing out loud, you can spot her watching films and series, debating with friends or organising things unnecessarily.