The most popular attractions to visit in Türkiye, from Istanbul to Cappadocia

Travel
The most popular attractions to visit in Türkiye, from Istanbul to Cappadocia
Share
Next article

Previously known as Turkey, the country was renamed to Türkiye in June 2022. If you plan to visit the beautiful country soon, read on for the best attractions you don’t want to miss.

Right at the geographical centre of the Earth, Türkiye blends together the best of the East and the West, and fuses it with many cultural offerings. Travel + Leisure India & South Asia curates a concise guide to travel across the country.

Türkiye is a land of beautiful dualities, and a land dotted with different adventures, ideal for all kinds of travellers. Be it history buffs, couples on honeymoons, shopping enthusiasts, or solo travellers—there’s something for everyone in Türkiye!

Royal Caribbean to offer cruise getaways to Japan, Thailand, and Vietnam in 2023
Travel 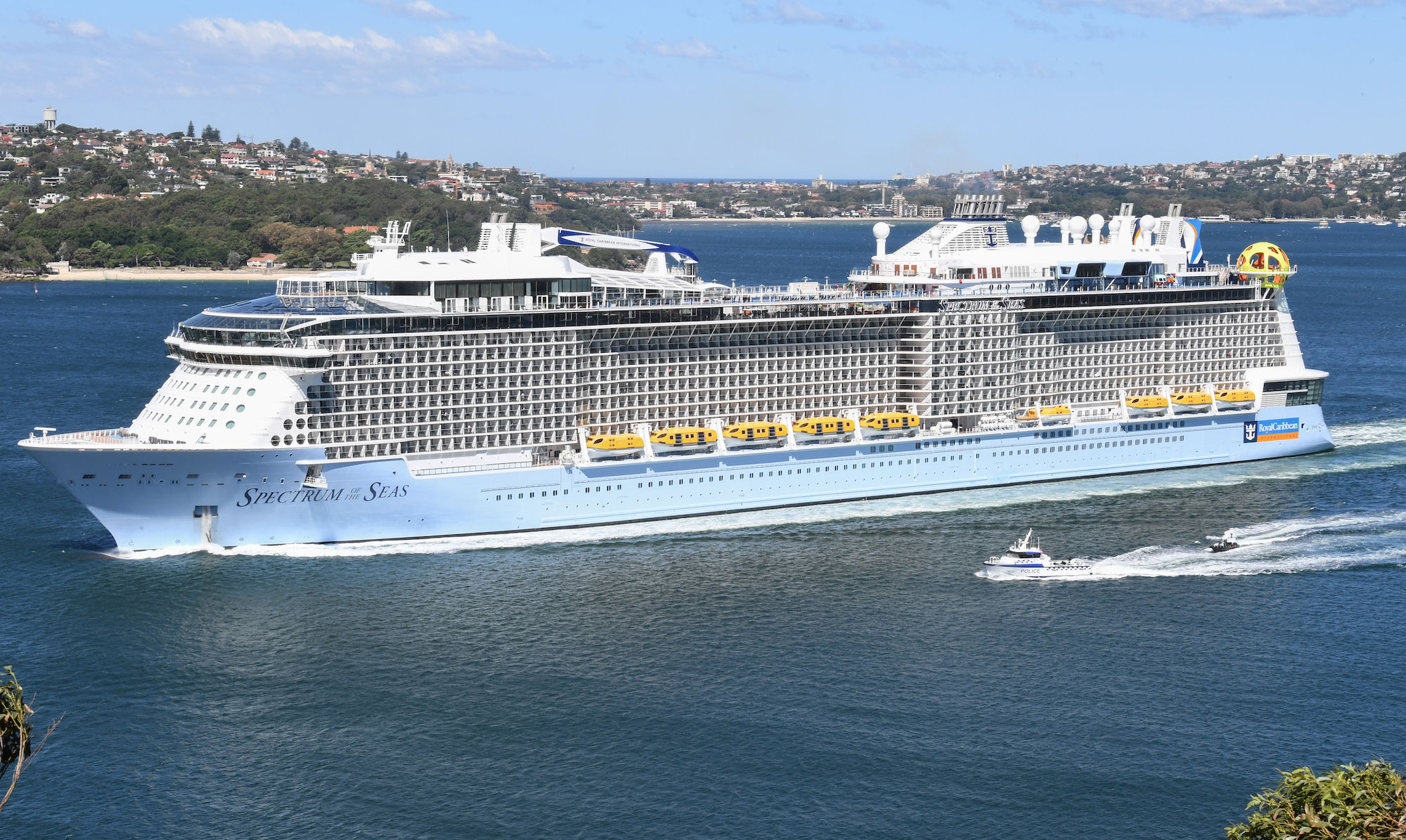 These are the most popular tourist attractions in Türkiye:

Any visit to Türkiye inevitably kickstarts with Istanbul, home to the nation’s largest international airport. An apt stepping stone into the country and its many wonders, this magnificent city was once the imperial capital of many empires for thousands of years. A slice of this history finds its way into Istanbul’s architectural and cultural fabric even today.

The Historical Peninsula of Istanbul— surrounded by the Sea of Marmara, Boğaziçi (Bosphorus), and Haliç (Golden Horn)—continues to house a large part of these structures. Think Hagia Sophia, the Ottoman Imperial Süleymaniye Mosque, the 15th-century Topkapı Palace, Istanbul Archaeology Museums, and more. On the other hand, the Grand Bazaar and Spice Bazaar help you rediscover all kinds of traditional products. From sweets to spices, these age-old markets tick all the right boxes for an immersive shopping and cultural experience. At Nişantaşı, these shopping experiences don a contemporary avatar, courtesy: the fashion boutiques selling international and many prominent local labels.

Hop aboard a boat on the Bosphorus and enjoy views of the azure blue waters while devouring a delicious dinner. Begin the journey at Anatolian, the largest peninsula of Western Asia, or head to the Princes’ Islands, a largely car-free archipelago that is famous for its historical houses, beaches, and restaurants. Or get lost in the purrs and squeals of seagulls as you rock gently in a boat on the blue sea of Marmara.

To make the most of a vacation here, consider a stay near the calming waters. The historical palaces and mansions on either side of the European and Asian coastlines are great for celebrations with a view. The coast is lined with some of the city’s best accommodations—from palaces and mansions to international resorts.

İzmir: Pearl of the Aegean

One of the largest ports of Türkiye, İzmir has its way of immortalising time. Take a walk around the city centre where many old historical buildings find a spot. Asansör or the Historical Elevator offers panoramic views of the city; the Izmir Archaeology Museum offers a closer look at the Bronze Age, and the Greek and Roman periods. At Kadifekale, a blend of history and nature awaits. A hilltop castle dating back to the 3rd-century BC, this stone structure commands views of the city and gulf, both. The epitome of history, however, rests in the ancient city of Ephesus.

Located at the borders of the Selçuk district of İzmir, Ephesus was once considered the most important Greek city and trading centre in the Mediterranean region. The Temple of Artemis and its surroundings continue to house structures that shed light on the Antiquity and Christian World. The Basilica of Saint John and House of the Virgin Mary here have even found a spot on the UNESCO World Heritage List since 2015, alluding to the region’s historic importance even today.

İzmir also embraces couples who want to spend some memorable moments in a unique location. Çeşme, a coastal town and district to the west of İzmir, is known for views of its deep blue seas and untouched nature. Visit Alaçatı to experience timelessness. The stone houses and cobbled paths give the space a vintage charm, while the large and small boutiques selling handmade products such as jewellery, sculptures, or even natural oils satiate shoppers. Being a coastal town, don’t miss out on lazy beach days and soak in the laid-back life signature to the region.

Head inwards from the coast and a must-visit destination awaits: Pamukkale. Credited as the world’s first wellness centre, Pamukkale is shaped by the thermal waters of the ancient city of Hierapolis. A tourist hot-spot, the snow-white calcareous travertines here are often packed with tourists from around the world enjoying a soak in the healing waters and hot springs. The Cleopatra Pool, eponymous to the Queen of the Ptolemaic Kingdom, is famous.

It is believed that the Egyptian ruler herself would visit this 2nd-century pool, annually, to enjoy a cleansing soak. The Ancient Theatre of Hierapolis pulls crowds for its unique mythological reliefs, magnificent stage building, and the cavea or the tiered semi-circular seating space.

The Hell’s Gate—which reopened in 2021 after years of remaining closed for tourists owing to excavations—finds a spot on the itinerary owing to its mysterious past. In the ancient world, this site was considered the gateway to the land of the dead. Today, it also boasts being on the UNESCO World Heritage List.

Antalya: Where Nature and History Unite

Pivot down south to reach Antalya, a favourite among Indian travellers visiting Türkiye. A glamorous city flanked by unrivalled beaches and inviting deep blue seas, its biggest allure is the 640-kilometre-long coastline. In the far west of the city, on Teke Peninsula, an ancient city called Patara has also earned accreditation as one of the most important cities of the Ancient Lycian civilisations. Further east, the bays of Demre tease with abundant nature. At Kaş, this tryst with nature heightens as the fishing town is a famed diving centre. Kaleiçi, located at the centre of Antalya, carries traces of the Hellenistic, Roman, Byzantine, Seljuk, and Ottoman periods. Walk through the museums here (such as Antalya Müzesi or St. Nicholas Church and Museum) to peek into this treasured past, or savour local delicacies like citrus jam, Antalya Piyazı, Yörük Kebabı Tarifi , şiş köfte and more at the region’s multifarious eateries. Further down south from Kaleiçi is the Historical Marina. When here, revel in nature while ferrying near Düden and Kurşunlu waterfalls.

It’s interesting to note that a large share of the crowd who flock here are also golf enthusiasts. Belek, a resort town on the Turkish Riviera and the golf capital of Türkiye, is famous for its green courses designed by professional players. On the adventure front, Land of Legends—one of the world’s largest theme parks— doubles as a water park with many exciting shows.

Those looking for retail therapy won’t be disappointed either. From old settlements to modern shops, Antalya has antique jewellery, hand-woven carpets, and old souvenirs in every nook. The leading fashion brands of the world await around Kaleiçi Yacht Harbour. While honeymooners can enjoy moments of privacy at the numerous resorts, couples can exchange vows at the pristine beaches. Smaller towns such as Belek, Kemer, Kaş, Side, and Alanya are ideal for secluded celebrations.

Next, leave the Mediterranean behind and head towards Anatolia to witness otherworldly landscapes up-close. Shaped by nature and history alike, Cappadocia (translating to ‘land of horses’) offers travellers unforgettable experiences. Hot-air balloon rides are signature to the region. These rides take off from Göreme at 5 am and gently glide over the green-clad Güvercinlik Vadisi, Zemi Valley, and Paşabağ Valley.

On-ground, many cultural sites and mysterious underground cities pique interest. The UNESCO World Heritage Site-listed Goreme Open Air Museum is a complex of churches carved into the region’s soft rocks. It is believed that the inhabitants of Venessa (Avanos) used this space— particularly the Durmuş Kadir, Yusuf Koç, El Nazar, Saklı, Virgin Mary, Kılıçlar, Karadağ and Tokalı churches—as a necropolis during the Roman times. The churches’ interiors and mural paintings depicting Biblical scenes feed this belief. This mysterious aura continues underground too. Dating back to the 16th century, the puzzling underground cities are some of Cappadocia’s most unique structures.

Visit Kaymakli, Derinkuyu, Özkonak, Mazı, and Tatlarin and meander through the carved tunnels, rooms, barns, and churches that have stood the test of time.

(This story first appeared on Travel+Leisure India and South Asia)