Seoul Food: A Culinary Journey in the Korean Capital 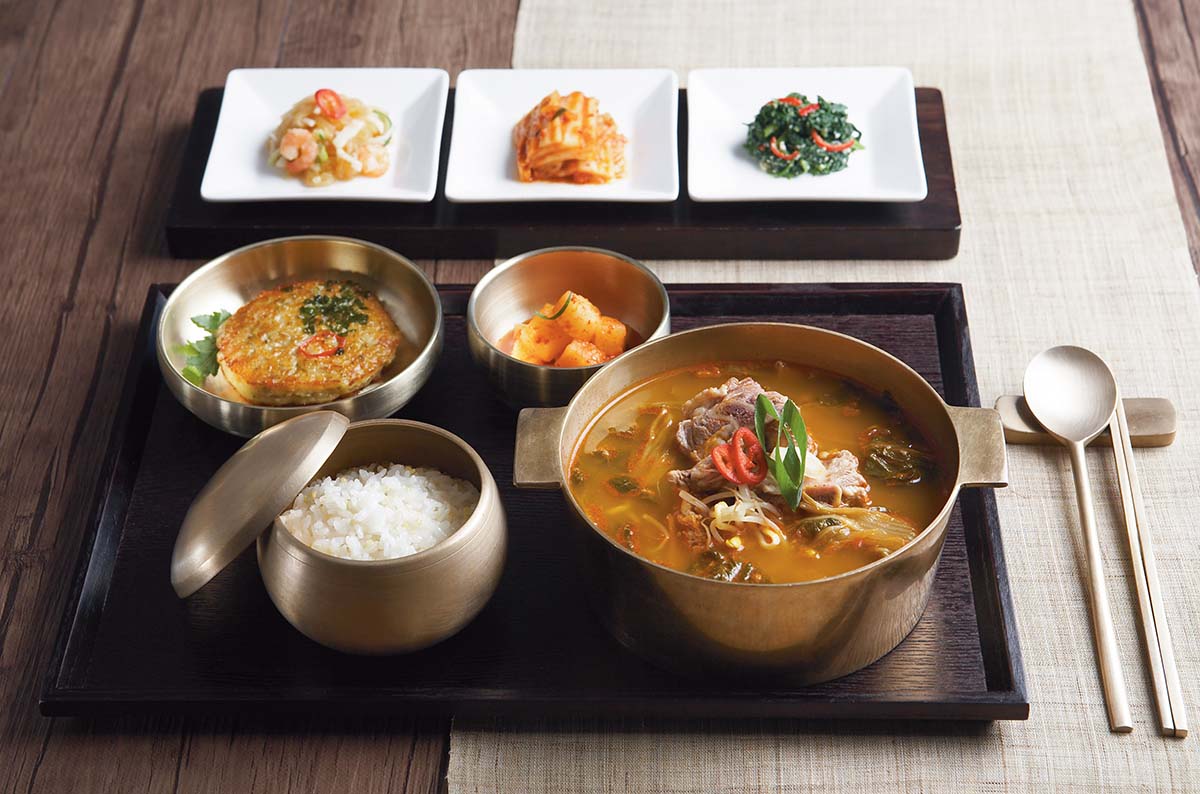 Travel
Seoul Food: A Culinary Journey in the Korean Capital
Share
Next article

My legs are heavy and I’m struggling to make it up the subway stairs. As I approach the exit, a slight cooling breeze does its best to revive me.

However, I labour up the last few steps feeling like I’m scaling the peak of Bukhansan – the iconic mountain that looms over northern Seoul – rather than making a routine transition back to street level.

With temperatures nudging 38 degrees Celsius and humidity levels at a sweltering peak, mid-summer in the South Korean capital tends to encourage sluggishness.

It is not the weather that impairs me though – it’s the fact that I’ve just completed a 10-course, booze-paired induction to the very best in contemporary Korean cuisine at Dooreyoo, courtesy of Chef Tony Yoo, one of the rising stars on a dining scene that is now established as one of the finest in Asia.

And I’m about to eat more.

“We Koreans are very appetising people,” jokes my companion Fiona Bae, a self-confessed foodie and my guide on a whistle-stop tour of some of Seoul’s top gourmet attractions. “We only stop eating when we sleep.”

As we make our way through the bustling alleys that lead away from Anguk station, I’m once again reminded of how sociable South Koreans are.

Perhaps it’s the ever-looming threat of nuclear-armed aggression from north of the 38th Parallel – the dividing line that cuts the Korean Peninsula into two. Or maybe it’s the inevitable pressure release from working hours that are the longest in Asia.

Whatever the reason, the narrow, winding streets are packed with locals both young and old washing down treats such as fried chicken, spicy stir-fried squid and dukboki (fish cakes) with lashings of beer or sochu.

Indeed, it is 2am by the time I wash down the final morsel of pageon (Korean pancake) with one last shot of liquor. If my legs were heavy earlier in the evening, my head is now at the opposite end of the volume spectrum as I beat an erratic retreat to Bonum 1957, the exquisite traditionally-styled hotel in which I am staying.

Yet, although Seoul deserves its reputation as one of the world’s hungriest – not to mention thirstiest – cities, its sky-high sophistication levels rescue it from the taint of undiscerning over-indulgence.

Nevertheless, with expert guidance from Fiona, in addition to a few pre-secured tips, I manage to at least get an idea of why Seoul is increasingly rated as the equal of culinary titans such as Tokyo and Hong Kong.

The momentous opening dinner at Dooreyoo certainly helps. With strong, attractive features and his long mane swept back into a ponytail, Chef Yoo certainly looks the part of the budding celebrity.

There’s nothing superficial at all about his tasting menu, which applies a classic approach alongside skills he acquired during stints in the US, the UK, Japan and Australia.

Traditional influences shine through in elements such as the deeply intense homemade soy sauce and porcelain dishware and brass items often depicted in Korean cooking lore.

Dishes such as crab and lobster rolls wrapped in thinly sliced Korean cucumber and beef tenderloin with light soy sauce and fried local seaweed are miles from being staid, however.

Next morning, I move my truncated culinary odyssey onto Gangnam. Flashy and fast moving, the famously fabulous enclave is the apogee of the South Korean capital’s style-obsessed, hi-tech side.

It’s also home to some of the city’s most storied dining venues. Restaurants such as Ryunique – where chef Tae Hwan Ryu references Japan, Spain, Italy, France, Australia and Korean in his bold flavour concepts – and Jungsik, rated among Asia’s very best restaurants, embody the creative energy at large in the Seoul culinary scene.

Such is the limit on my time, I am unable to score a table at either. But I do get the opportunity to broaden my food knowledge at one of the world’s most exclusive devoted cooking libraries.

Hidden away in the heart of the chic enclave in an outwardly non-descript building is an immersive new refuge for culinary minded bibliophiles. Here, in the Hyundai Card Cooking Library, the stolid pursuits of reading and cooking – not I-pads, smartphones, selfies or surgically enhanced K-Pop cuties – take centre stage.

There are libraries and there are Hyundai Card Libraries: a series of exclusive literary hubs in Seoul that home in on design, music, travel and food. The Cooking Library, the latest and final instalment of the libraries project, opened in spring this year and is already sating the appetites of local and visiting foodies.

Designed by leading Korean architects One O One, the building is based on a “hanok” (a traditional Korean home) and its cosy, cave-like spaces offer scope to immerse in over 10,000 culinary-focused books, including the entire 971 awardees of the James Beard Foundation Awards, the most prestigious prize in the field of culinary literature.

Additional draws, meanwhile, include an in-house deli, two kitchens provided for library users to cook recipes from the books, a small farm, an ingredients house where guests can mix and taste over 190 herbs, spices, salts and oils and a one-table private restaurant, The Greenhouse, on the rooftop terrace.

“We arranged all the spaces in the cooking library to be organically and comprehensively linked to each other, so that the five senses of humans as well as time could be infused as one,” explains Nayoung Kim of Hyundai Card Libraries.

Suitably stimulated by the wealth of literary manna, we make our way to lunch at Hanilkwan.

One of Seoul’s most venerable culinary names, the restaurant – which is now a mini empire – was founded in 1939 and has played host to celebrities and leading politicians including former presidents Park Chun Hee and Syngnam Rhee. The venue’s signature dish, its bulgogi (Korean marinated beef), is of A-list quality.

I watch, amazed, as the silky slices of raw beef ripen to a mouth-watering shade of deep brown on the BBQ before dipping them in the delicious juices that have collected at the bottom of the slanted grill.

With a late-night flight back to Bangkok looming, I have barely any time to tick anything off my Seoul checklist. By the time I’ve collected my bag from Bonum 1957, I am just about able to catch a glimpse of the Deoksugung palace complex (essential history) and pick up some Innisfree products for my partner (essential to my own survival).

In Seoul, however, there’s always time for one last transcendent dining experience.

Mine is at Congdu: a restaurant famed for invigorating the Seoul culinary scene by dishing up reinvented classics with a molecular French twist.

Signature dishes such as the grilled beef sirloin steak with 15-year seed soy sauce and black garlic purée are wonderful. Equally remarkable are fresh seasonal items such as a spring green salad of mulberry preserves topped with delicate meatballs.

Topping off the incredible food are the digs themselves. The extraordinary dining space overlooking the Deoksu Palace was once part of a Joseon-era queen’s residence.

It’s a fitting place in which to end a trip to a city where eating like royalty seems to be such an everyday occurrence.