These resorts in the Maldives are redefining luxury travel 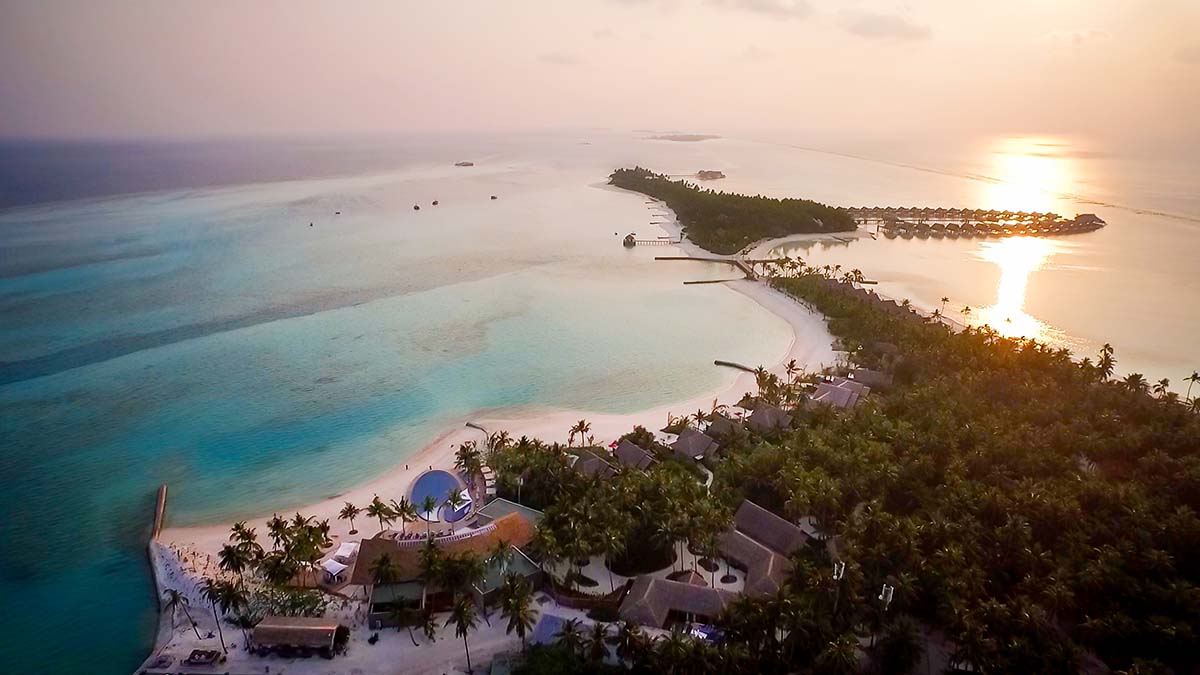 The pilots aren’t wearing shoes. That’s the first thing I notice. Dressed in shorts, sunglasses and sandals, they’re standing on a pier, ushering passengers into a 12-seat seaplane that’s gently rocking beside the runway (a “runway” here in the Maldives being an open stretch of water). Once we’ve taken our seats and the engines have been revved, I see that our pilots have discarded their already minimal choice of footwear.

No shoes, no worries.

This barefoot ethos is one of the more indelible human qualities found in the Maldives. Over the next four days, split between Anantara Kihavah and Per Aquum Niyama, I’ll feel it in everyone I meet – star-gazing gurus, surf instructors, beachcombers and buggy-driving resort staff. There are many reasons this chain of islands has become the caviar of beach holidays, I’ll discover, but they don’t all circle back to the bright blue sea or luminous white sands.

Our steel bird is steered into the open water, and soon it starts to take flight. Before long, we’re floating at the cloud line, peering down at some of the most intense scenery this planet has to offer. The atolls are turquoise sunspots on the water, an otherwise infinite blue carpet broken by coral rings and the lagoons they surround. We pass over thumb tacks of vegetation, slender vacant sandbars and islands with lone resorts on them, as is the custom here. As we glide down toward the runway at Kihavah (also just a flat watery expanse with a pier nearby), I’m seeing why the pilots seem to express such a carefree mien: it would pretty much be impossible to live in this country without eventually surrendering to its abundant beauty.

At Kihavah, that beauty is downright dreamlike. The resort occupies a formerly uninhabited speck of jungle and sand in the UNESCO-recognised Baa Atoll. Here, Anantara has built 79 private pool villas around the existing nature. Many of those were built over the water and take in sunrise or sunset, both of which burst and bloom like roman candles. (Note: it’s not a bad idea to enjoy nature’s fireworks display over flutes of Taittinger on your private deck.)

But even with so many villas spread across maybe five hectares of land, Kihavah feels remarkably vacant – a triumph of space, as it were.

Over glasses of champagne, GM Dylan Counsel, a down-to-earth veteran of hotel management who previously ran the show at Thailand’s Anantara Si Kao, explains the lay of the land. Kihavah is framed by coral teeming with sea life, he tells me: parrotfish, sweetlips, morays, manta rays, black-tipped reef sharks (which, for the record, aren’t dangerous). Swim out 20 metres from the beach and the sandbar drops off, leaving you in cobalt blue water facing an impressive underwater wall.

The resort offers guided snorkelling and scuba diving excursions, which Dylan urges me to try, ergo the reason I remember anything specific about Maldivian sea life. But even if you’re not inclined to swim with the fishes, you’re connected with the sea. As well as its own pool, every over-water villa has direct access to the sea. Beach villas have their own pools, too, not to mention private beach access. Bathtubs and showers, toilets even, feature glass bottoms; if you’re lucky, you may spot one of the baby sharks that feed in the reef gliding beneath you while you bathe (it’s not as weird as it sounds).

There’s over-water yoga, Ayurvedic massage in over-water rooms – more over-water opportunities than should even be possible – but the most unique water-based experience happens at Sea, Kihavah’s underwater restaurant.

I head down to Sea for lunch. The dishes, from lobster medallions to wagyu tenderloin, would stand out even in Bangkok (food for thought: Tim Butler of Eat Me has done a guest spot at Sea). As tasty as they are, they aren’t the main attraction. A few tables encased in glass, the restaurant is basically a fish tank in reverse, with swaying coral and the random movements of wild fish as entertainment. As I’m carving up my lobster, I catch sight of a large creature lurking just outside the glass. Dylan, posing in full scuba gear for guests, who scramble to take photos, is sharing a welcome message scribbled on a whiteboard. “I just decided to go for it,” he tells me later. “I thought you all might get a kick out of it.”

Not all activities happen under the sea, though. Kihavah has its very own star-gazing guru – among many other gurus – who reads the map of the night sky and reminds us all how tiny we truly are. There’s open-air cinema, bespoke “dining by design” on the sand and so many other things to do outdoors that I almost forget to work on my suntan.

Two days fly by. Suddenly, a boat is waiting to shuttle a dozen of us to a seaplane bound for Malé and, later, Niyama. Before I climb aboard, I shake hands with Dylan, my concierge and a handful of other Kihavah staff seeing us off at the pier. When the boat pulls away, they jump into the water, bobbing like buoys and waving farewell.

Arriving in Niyama is like landing in another country. The resort spans two islands – dubbed “Play” and “Chill” – linked by a manmade bridge. The islands are large by Maldivian standards, about two kilometres from tip to tip, and their narrow interiors feel raw and lush, like the kind of castaway lands where Robinson Crusoe washed ashore, even if groundskeepers maintain them so meticulously that you’ll barely see a mosquito.

Unlike Kihavah, which fits the lavish “away-from-it-all-doing-nothing-at-all” mould, Niyama is ideal for travellers who prefer adventure and exploration as part of their holidays. That isn’t to say Kihavah doesn’t cater to active travellers or Niyama lacks in sublime idleness (among its facilities are a perfectly tranquil spa, 40 over-water villas ranging in size and luxuriousness and a three-bedroom, 770-square-metre beach pavilion nestled among native plants). Rather, Niyama, owing to its location in southern Dhaalu Atoll, the Maldives’ surf capital, is better suited for the adventurous.

“Every morning I take the jet-ski out to check on the surf spots, see where the waves are breaking, and then I’ll go out on the paddleboard for a while,” Zach Zocher, Niyama’s resident surf pro, tells me over sunset Coronas at reggae-themed Surf Shack at the southern tip of “Play”. Pedal your bike to the end of the road, paddle out to sea while the rest of the island sleeps, spend your day riding waves. Such is life in paradise. The list of activities here seems endless: tennis in the jungle, diving, boxing, kayaking, wakeboarding, surfing, indoor golf or football at a lavishly equipped game centre when it’s raining.

Of all the options, though, the one that gets me most excited is dolphin-watching. No, dolphin-watching doesn’t require much physical exertion, but the experience is as exhilarating as any sport on the island.

A crew of three takes a group of us out on a speedboat, and we stop near a neighbouring island where a domestic airport is under construction. Watching waves crash into shore, we soon spot about a dozen fins cutting across the water, and suddenly we’re surrounded by hundreds of dolphins racing beside the boat, doing backflips in the air, leaping out of the water – more dolphins now than I have collectively seen in my life. The crew tells us we’re lucky. “We usually see a few, but this is really quite a lot,” admits one of the boat hands.

The excitement continues on solid ground. Niyama has a dozen different ways to dine, from going underwater at Subsix or up in the trees at Nest to private experiences that include lounging under an umbrella on a deserted island or feasting aboard a dhoni (a traditional fishing boat). Dinner, for me, is at Tribal, an outdoor restaurant inspired by Sub-Saharan Africa, featuring lots of grilled seafood and game, as well as some Latin American touches.

It’s my last night, and the Tribal team is putting on show. They come out of the kitchen in a line, banging on hand drums and singing some jovial-sounding songs. Sure, it’s for another diner celebrating her birthday, but I like to think they would be singing tonight anyway. Nothing I’ve experienced in the Maldives suggests the good vibes ever end.