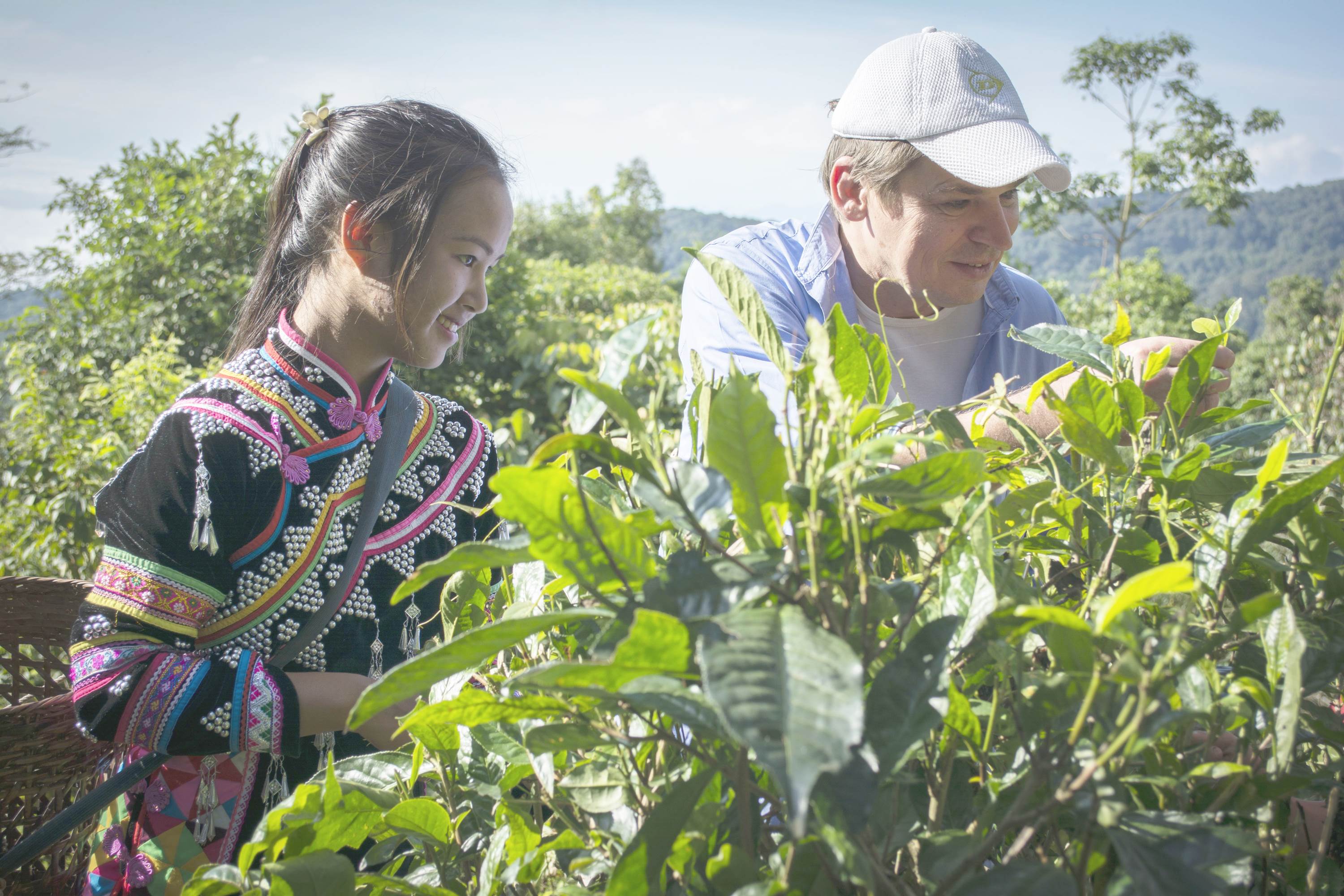 Tea is the world’s second most consumed drink, after water. But while water harvesting is pretty straightforward and fairly environmentally friendly, the impacts of how, and where, most commercial tea leaves are harvested are far from sustainable. Most tea plantations, however picturesque or green they may look, are actually one of the leading causes of deforestation.

Farmers largely plant the “domesticated” version of the tea tree, called Camellia sinensis sinensis. Kenneth Rimdahl, founder of Monsoon Tea, says this tree variety is like what a dog is to a wolf, and therefore, requires more love and human care. In order to grow healthily, it often needs fertilisers, irrigation and herbicides. There has also been rapid expansion of cropland into virgin rainforests in the past for added yields due to the tea’s high demand.

Rimdahl says he has nothing against this kind of monoculture plantations, but he recognises the many negative ecological effects that come with it. “The UN has said that the top dangers to humankind are atomic wars, viruses and deforestation,” Rimdahl explains.

Therefore, the Swedish tea veteran of 23 years decided to launch Monsoon Tea, a brand that uses tea leaves cultivated from trees wildly and freely grown on the hills of northern Thailand. He was inspired during his first trip to Chiang Mai, where his friend, and now business partner, showed him the local delicacy of miang, which are edible fermented tea leaves.

“I did not believe miang to be tea leaves at first but after being brought to a miang plantation, I was simply fascinated. It didn’t look like any tea plantation I’ve ever seen,” Rimdahl says. What he witnessed were the Camellia sinensis assamica, popularly known as Assam tea trees, growing in harmony with a diversity of other native plants.

“This is the ‘wolf’ tea. It is not domesticated. As a wolf is stronger than a dog, this tea tree is stronger too. It has a very deep root so it can find water by itself and does not require a watering system. It also has more tannins, which are a natural defense against insects and bugs, so we don’t need any pesticide. And also, when these trees grow together with the forest, the full ecosystem is still there – if there is a bug who wants to destroy the trees, there is another bug who will eat that bug,” Rimdahl says.

Why the name Monsoon Tea?
Tea trees mostly grow in monsoon countries. The plant likes rain and the mist. Also, I was in a hurry to get a name.

How does Monsoon Tea innovate and offer greener products and services?
We try to consume only in Thailand, to reduce the imports of goods and our carbon footprint. We make our tin cans in a local factory. We don’t import anything from China.

Were you always interested in sustainable practices?
To be honest, I’m not an activist. It was something at the back of my mind. It is only when I found out that tea plants can be grown together with the forest that I really wanted to build awareness, but not only for the environment – it’s also for the local communities and their culture. Miang is only consumed by people over 70 years old. I don’t want it to disappear. This desire to preserve grew on me. I believe when you get to know more, and have access to more information, you become more interested.

What’s your biggest tea-related memory?
That will be my first trip to Yunnan Province’s Xishuangbanna. It was about 13 years ago and it was quite wild then. I travelled around and met many hill tribes at old Chinese villages, making pu’erh tea. Those 10 days around the mountain range provided me my biggest tea-kick.

What was your biggest missed opportunity?
I found the perfect teapot maker in Thailand. And he made the exact teapot we needed for the company, in the right amount of quantities too. But I took a long time to decide and when we finally placed our orders, he thought I was rude by taking so long to get back to him. Being the entitled European that I am, I became angry and started screaming at him and he hung up on me. Every time I called, nobody answered. Well, I deserved it. I was rude. We’re good friends today though. Yet still – no teapot.