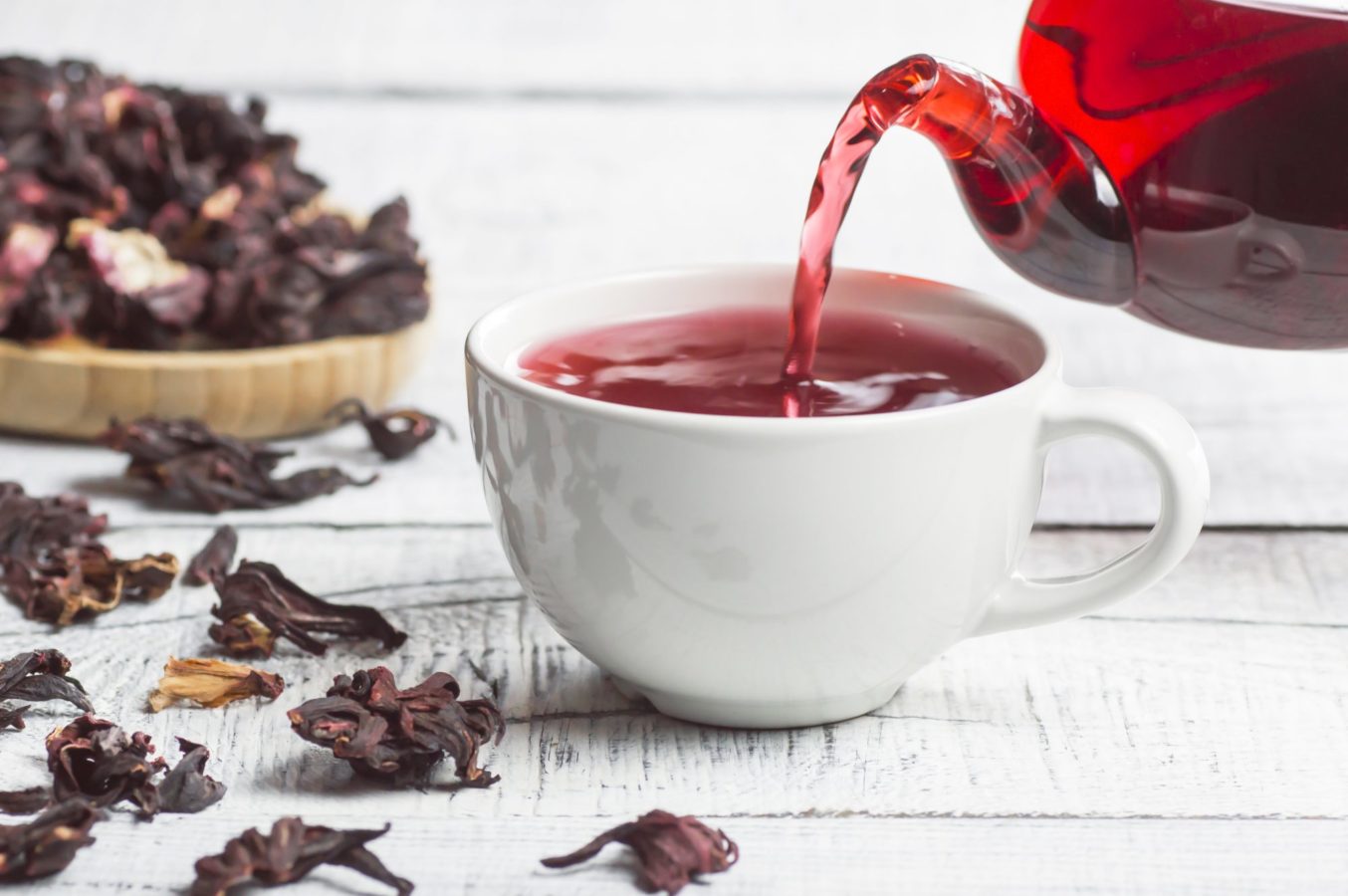 There’s no doubt about it: Hibiscus (national flower of Malaysia, also known as bunga raya) is enjoying its rose-tinted moment. While red hibiscus tea has been relatively well-known for some time, the irresistibly social-media-worthy ingredient is also appearing in flutes of Champagne, in holiday desserts, in non-alcohol libations, and in pink-tinted tonic water. Hibiscus has also become popular as a meatless filling for tacos, its texture and tartness playing well with other fillings and flavours. Exotically floral, sour, and cranberry-hued, the hibiscus itself resembles a tentacled sea creature more than it does a flower. Where does hibiscus come from, and are we actually eating and imbibing the petals of a flower? The answers might not be quite what you expect.

What Is Hibiscus, and What Part of the Plant Are We Eating and Drinking?

There are many species of hibiscus, and the particular plant we’re discussing here has an unusually impressive botanical name: Hibiscus sabdariffa var. sabdariffa race ruber. Yes, all that. Ruber means red; the red refers to the colour of the flower’s edible calyx. And that is key to some hibiscus myth-busting: The part of this hibiscus that we eat and drink is not the flower, nor even the petals of the flower (even though it is often marketed as a flower, or even as a pod). Instead, the ingredient is the calyx, which is the collective term for the sepals of any flower. The sepals enclose and protect the buds and petals, hold the open petals in place, and finally protect the seed capsule that forms after the petals have dropped. In most plants, the sepals are green and leafy (picture a rose bud), but in our hibiscus, they are red, as well as unusually succulent and fleshy. Their flavour is intensely sour.

The calyces (plural of calyx) of hibiscus are harvested when the seed capsule of the hibiscus has formed. The capsule itself is removed, leaving behind just the calyx, like a tiny scarlet crown, fringed by anemone-like tentacles (the sepals). You could wear them as botanical rings, if you have slender fingers. When they are freshly harvested at the end of their growing season, they are brightly sour, crunchy and very slightly rubbery in texture. They are also sought-after, since most hibiscus is usually sold dried.

Native originally to West Africa, this hibiscus travelled to the Caribbean and then to Asia in the 16th and 17th centuries. It has escaped cultivation in many regions and has naturalised in subtropical climates as geographically diverse as India and Hawaii.

Another interesting tidbit is that the flower of this hibiscus in no way resembles its more familiar and ornamental garden-cousin (think Trader Joe’s shirts). That would be H. rose-sinensis, and it’s a completely different plant. The flower of our delicious hibiscus more closely resembles those of okra, a relative in the Malvaceae family—creamy-petaled, with a chocolate throat.

The US has latched on late to hibiscus and then only partially: Many cultures value all parts of the plant, from its jute-like fibres in the useful stems to its edible and spicy leaves, which are eaten as a vegetable and as a chutney-style condiment. In food and drink terms, the red calyces go by a flock of common names, in multiple languages—a sure sign of value and usefulness over generations. Just some of its evocative names include lemonbush, Guinea sorrel, carcade, oseille rouge, flor de Jamaica, bisap, agria, zobo, and sereni. In the Caribbean, where it is a well-known crop and the basis of a tartly refreshing, sweetened drink and holiday punch, it is known as sorrel, and most often as roselle. The latter name is what you are most likely to encounter in an international market in the US (although the crop is being marketed more recently in the States as Florida cranberry).

What to Buy and How to Use It

Dried hibiscus has become easy to source online, but if you have access to a farmers’ market in states, where it is being grown on a small scale, or to a big-city market that caters to Caribbean customers, you may be lucky enough to score a sackful of fresh roselle, juicy and plump.

You can buy hibiscus syrup or make your own: We like to preserve fresh roselle in a fermented syrup by combining equal volumes (not weights) of roselle and sugar in a clean jar. Leave the lid on loosely to allow carbon dioxide to escape. A scarlet syrup will form naturally over about ten to fourteen days. Transfer the jar to the fridge and add the delicious syrup to sparkling water, to bright cocktails, to the pan juices of roasting duck or pork, or to a vinaigrette. The syrup-preserved calyces become gradually candy-like, almost like glacé fruit. Use them as delicious garnishes, in bakes and stuffings, or dry them: spread them out on parchment paper at room temperature in low humidity for several days. They become chewy, taste tartly sweet, and are very similar to dried cranberries (so-called craisins).

You can even grow your own hibiscus, in the same way that you would cultivate okra. To ripen fully the annual plants need full sun and will be harvestable by mid-to-late autumn, their flowers triggered to open by shortening days.