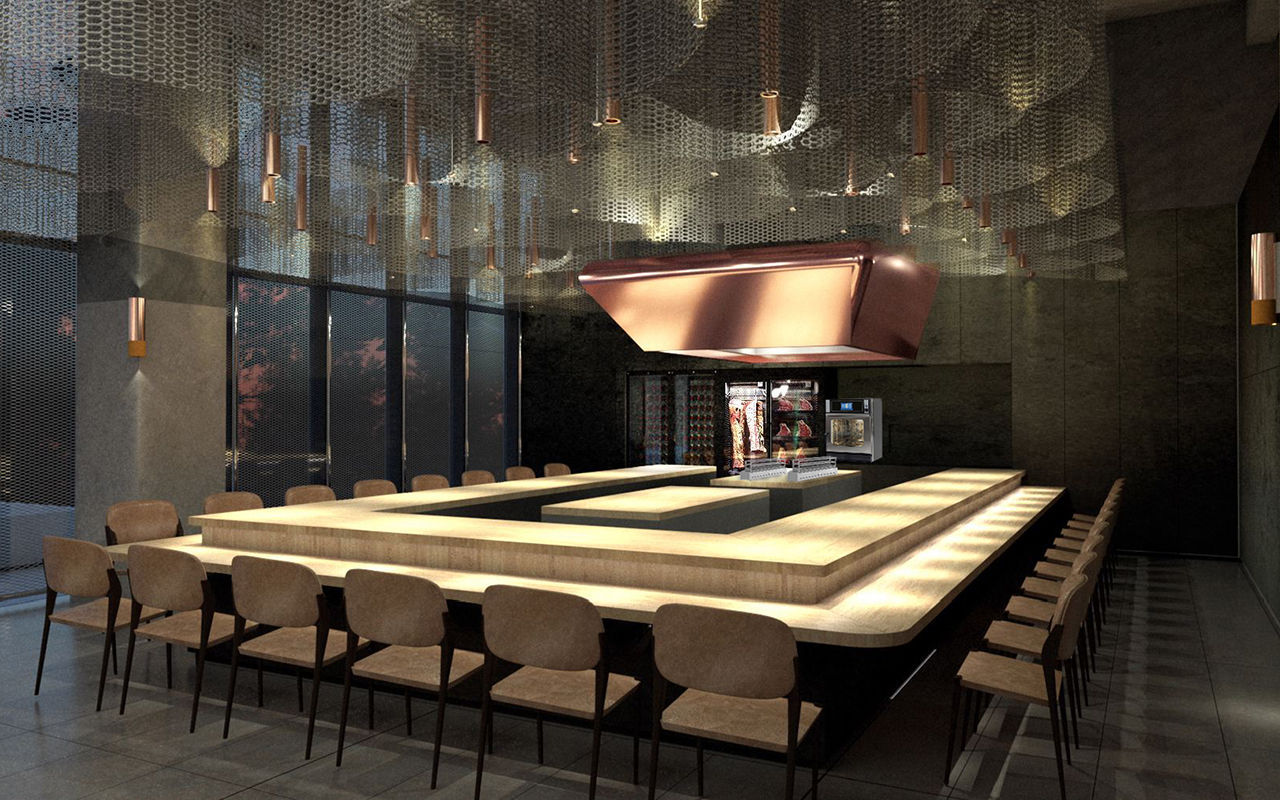 If you’re looking for a truly decadent fine dining experience, Shin’Labo by Chef James Won should be on your list.

We were recently treated to an omakase with Chef James Won at his latest classy joint, located on the Ground Floor of LaLaport Bukit Bintang City Centre, and here’s our review.

Transcendental is the word that comes to mind upon entering Shin’Labo by James Won. Right from when you step into the restaurant, the feel of it is immediate — you know you are about to enter into a lush experience. Located just by the fountain at the main entrance of LaLaport Bukit Bintang City Centre, Shin’Labo sets out to reinvent the omakase experience by marrying Japanese cuisine with that of French, while using carefully sourced indigenous Malaysian ingredients.

The name ‘Shin’Labo’ is a pretty clever play on words rooted in the Japanese word ‘shin’, which can mean 真, “true” 伸, “extend” 新, “new” 心, “heart”. ‘Labo’, on the other hand, carries the same meaning in both Japanese and French: laboratory. True to its name, you will find all sorts of laboratory equipment dotted around the Shin’Lounge as you enter, such as beakers and conical flasks.

According to Chef James Won, gourmet extraordinaire, the idea of Shin’Labo stems from his own aspiration to revitalise the yōshoku — Western-influenced cooking in Japanese cuisine — by elevating it using modern French techniques. Hence, dishes such as Truffle Hayashi Rice and Binchotan Duck à l’orange grace the menu, and are just a few of many experimental dishes from what Shin’Labo has to offer.

For those who are unaware, Chef James Won is something of a force majeure in the Malaysian fine dining scene, and his passion for quality food can be traced back to his time in Champagne, France, where he first trained, and then to some of Japan’s finest Michelin 3-star restaurants, before he took his knowledge and experience to Malaysian grounds. With the already successful French-Malaysian establishment Bouchon Enfin under his belt, Shin’Labo is without a doubt Chef James Won’s love letter to Japan, especially to yōshoku cuisine.

What you might notice even before you enter Shin’Labo is its distinct lack of windows, and once you’re inside, you’ll understand why. What Chef James Won intends to introduce with Shin’Labo is an intimate ambiance — a feeling that you are being taken on a gastronomic journey that should exist on a different plane than what you know. The Shin’Lounge seats just about 14 guests, evoking a kind of exclusivity akin to that of an invitation-only club.

Before you adjourn to the Shin’Kappou — the only dining area in Shin’Labo, separated simply by a sliding door — we recommend you make your way to the Maison du Caviar Caspienne. Set up as a luxe bar and caviar lounge, here is where you will be able to see and taste top-tier, pure-breed sturgeon caviar that has been farmed and selected directly from heritage sites of the Caspian Sea. As Chef James Won affirms, the caviar offered at Shin’Labo is the crème de la crème — whether it’s the strong Royal Beluga or the milder and smoother Baerii, or even the rich and nutty Sevruga that is often incorporated into the dishes served at the omakase.

What makes a good appetiser? As Chef James Won clarifies to us at the start of the evening, it is about keeping us on our toes as we anticipate the main course; it leaves us wanting more. Thus to start with, we were presented with a unique take on the Omurice, an omelette dish classically made with fried rice and scrambled eggs.

Chef James Won presents to us a tempura form of the original, deliciously fried in batter instead and topped with a number of sauces that truly complement this more nuanced version. Served as an along with the melt-in-your-mouth Hambagu and Korokke — the Japanese interpretation of the hamburger patty and croquette — this amuse-bouche trio kicks off Shin’Labo’s charm of subverting its customers’ expectations.

Moving on to the main dishes, the highlight of the evening was the Hokkaido Scallop and Caviar, which was absolutely to die for. Lightly steeped in sauce and topped with a generous heap of the rich and nutty Sevruga caviar, the dish has our mouth watering before we get to taste it. Chef James Won has cleverly prepared the portions to allow us to consume the dishes with just one bite, and let the flavours mingle in our mouths as we eat.

At the core of every entrée dish there is a delicate balance between umami (the ‘essence of deliciousness’, often considered the measure of a food’s savouriness) and amami, the sweet taste that counters the umami. With the subtly flavourful Sashimi Trio and ‘bedazzled’ Oyster — either French or Japanese, taking into account its freshness and seasonality — Chef James Won continues to explore the harmony between both the umami and amami.

Straight from the Bincho grill, we were treated to the Binchotan Duck à l’orange, another star of the omakase. Beautifully seared over the Bincho grill, the duck meat is tender and juicy, finished with a subtle smokey flavour. As a fan of duck, Shin’Labo’s interpretation of the meat does not disappoint one bit — it does without its usual gaminess, and leaves you craving more. Another dish worth mentioning is the Blue Prawn, grilled to perfection and served with Chef James Won’s version of sambal olek which, though it doesn’t contain any belacan, retains that satisfying spicy tang.

The duck makes yet another appearance in the Truffle Hayashi Rice, which is the perfect comfort food to close the night with, before we move on to dessert. Consisting of three layers: duck meat, steamed rice and topped with onsen egg and finished with truffles, the Truffle Hayashi Rice is warm and hits just right, like a feel-good feeding for the soul.

Of course, an omakase with Chef James Won himself isn’t complete without a unique array of desserts: from the very large and juicy Strawberry directly flown over from the Shizuoka Prefecture in Japan and Chocolate Parfait, to a special hands-on session with Teamaster Alan, who brewed us a cup of matcha; not sweet, nor bitter — just right.

Even from our first visit, it’s clear that Shin’Labo by James Won has the potential to be an ideal spot for the masses, whether you love Japanese fine dining or you want to give it a try. As a yōshoku joint, Shin’Labo pays close attention to the details — the craft and presentation hold just as much importance as the taste. Overall, we enjoy the blend of Japanese cuisine and French cooking, the fusion of luxe and comfort from when you step into the establishment until the moment you leave.

Despite its upscale setup, Shin’Labo still does an excellent job at keeping the atmosphere cosy and inviting, especially with the intimate Shin’Lounge and Krug Ryotei for when you’re looking to spend an evening with your close-knit group of friends but still want that elevated experience. To sum up, is Shin’Labo an exciting new addition to KL’s fine dining scene? Yes, we definitely think so.

All images: Shin’Labo by James Won