9 famous vegan restaurants worldwide from Japan to the UK 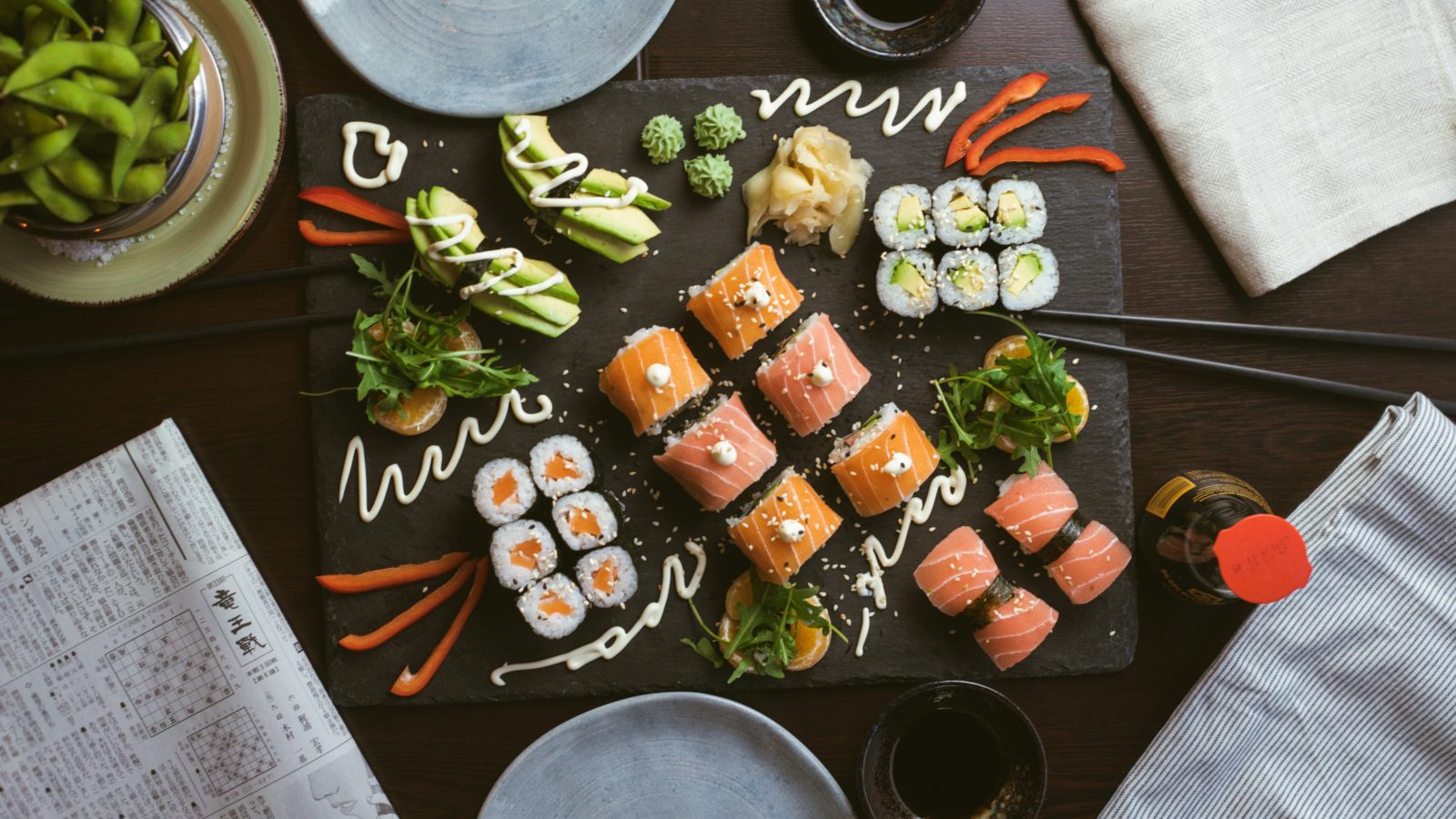 With many people moving to a greener lifestyle, it is natural that restaurants and eateries have started offering a complete or partial plant-based and dairy-free menu. Earlier this year, a vegan restaurant in France made headlines after gaining a Michelin star. There are many others like it aiming to attract the increasing numbers of vegan patrons globally. While serving some of the finest dishes, these restaurants are championing a healthy lifestyle through plant-based food.

Have you been to Qra, Bukit Tunku’s own version of Whole Foods?
Wine & Dine
Green Monday’s OmniMeat is the best vegan faux-meat right now — but there’s more to it
Wine & Dine

Here are some of the best vegan restaurants you can visit around the world.

ONA stands for Origine Non-Animale (“animal-free origin”) and it is the first vegan restaurant in France to have been awarded a Michelin star. It also won a Michelin Green Star for ethical practices. The restaurant was started in 2016 by former archaeologist Clare Vallée after she managed to raise enough capital through crowd-funding and a loan from an ethical bank. ONA has its own garden where over 140 plants are raised. The restaurant has two menus — Illiad and Odyss. The former is a three-course menu that changes every week, while the latter is an 11-course seasonal menu and includes dishes made with ingredients such as hibiscus, coconut, mango, lemon confit and buckwheat among others.

In June 2021, the Michelin three-star restaurant changed its old menu to go completely vegan. So its speciality eggs Benedict with a layer of cream and smoked ham or the honey glazed duck are no longer available. Guests can now enjoy an assortment of delicious vegan dishes in the grand dining hall of the restaurant. Milk is used only in tea or coffee.

Owned by chef Daniel Humm since 2011, Eleven Madison Park’s Instagram feed will give you a glimpse of dishes like roasted and grilled eggplant with shiso and coriander, squash with sesame tofu and lemongrass, and blueberry with elderflower and vanilla.

One of the finest vegan restaurants in London, Mildreds started out with its first restaurant in Soho in 1988. It has since opened three more restaurants across London. Started by Diane Thomas and Jane Muir, the restaurant offers four different menus — Breakfast, All-day, Weekend Brunch, and Summer Specials. There is a long list of dishes to choose from depending on what time you visit. Kashmiri Chana Pattie, Morello Cherry Porridge or the Artichoke & Candied Beet Ceviche — take your pick from an assortment of fresh and healthy dishes.

At Yellow, plant lovers can choose between the five- and seven-course vegan menu as they find themselves transported to a European setting. The restaurant was opened in 2013 by Brent Savage and Nick Hildebrandt. Three years later, it went completely vegetarian. Sea Lettuce Australian Butter Pumpkin Eucalypt, Shio Roasted Carrot, Macadamia, Jerusalem Artichoke, Brussel Sprouts, Sweet Corn Porridge, Rye Brioche Roll, Bergamot and Celeriac Ice Cream are just some of the many delights on the tasting menu. Pair any of the courses with a natural, biodynamic or organic wine or opt for a non-alcoholic drink.

The famed vegetarian restaurant has one Michelin star and is the only establishment with such a status that serves temple food. The restaurant is run by the Jogye Order of Korean Buddhism and the dishes are prepared from recipes developed thousands of years ago. The food here is created to improve mind and body health. Since Balwoo Gongyang doesn’t use dairy or egg products in any of its dishes, vegans will not have any problem enjoying the delicacies served here. The menu is vast — five different courses, each highlighting an aspect of Buddhist belief, are categorised under each of the four seasons. From delicious porridges to tasty salads and noodles to delectable desserts — Balwoo will not disappoint.

The one Michelin-star pub has a special vegan menu offering an amazing selection of dishes that perfectly define the legacy of its owner — British culinary icon Heston Blumenthal. The vegan menu is part of multiple seasonal, curated menus that collectively present the best in British cooking. Start with the Pea and Mint Soup, Lemon Salad, and Mushroom Parfait before ordering the main course of roasted cauliflower, butternut squash Tarte Tatin with sides of crispy leaf salad or tender stem broccoli and hazelnuts, among others. End with a dessert of English strawberries or Chocolate Mousse. But before you sit down to eat to your heart’s content, do take a moment to appreciate the restaurant’s building — it is a 15th century restored structure with exposed beams and wood-panelled walls.

Kajitsu is not just another restaurant, it is a journey to tranquillity through food. The one Michelin star Japanese restaurant, whose name means “fine day”, specialises in shojin cuisine which has its roots in Zen Buddhism and is the foundation of all Japanese cuisine including kaiseki. Some of the plates and bowls in which the food is served were created by master potters from Japan two centuries ago. The rest are a product of modern ceramic artists.

Kajitsu takes great care to preserve the Japanese traditional style of food preparation and consumption. The menu changes monthly and patrons are notified of any change on the official website. The ten-course Omakase menu is a must-try for anyone who wants to enjoy the best of seasonal vegetables for dinner. Each dish in the menu marks a high point in culinary style. There is Takiawase, a dish in which different types of chilled vegetables, each prepared with a different cooking technique, are brought together. Similarly, Kajitsu also serves Hassun, a dish where seasonal vegetables from land and the sea, such as fennel ohitashi and zucchini sushi, are served together.

Guinness Book of Records recognises Haus Hiltl as the oldest vegetarian restaurant in the world. Founded in 1898, the restaurant has been in continuous operation since then. Renowned for serving around 100 homemade dishes, Hiltl has been whipping up delicacies that satiate the palate and satisfy the soul in a country known for its love of meat. The restaurant is primarily vegetarian but there are numerous vegan options for guests to choose from. These include Hiltl Tatar sandwich, vegan egg salad, red Thai curry, green Thai curry and vegan cookie.

Known to serve a variety of cuisines, one of Haus Hiltl’s highlights is Indian cuisine and there is even a course dedicated to it. Former Indian prime minister Morarji Desai is known to have visited the restaurant as well. The best Indian spices go into the making of sumptuous dishes such as palak paneer.

At this restaurant, seasonal ingredients from the nearby Seisho-ji temple at the foot of Mount Atago are brought daily for the dishes served in the set menus. Daigo is rated two stars by Michelin and has continuously maintained the status since. The restaurant was founded in 1950. Its dishes revolve around the philosophy of enjoying one’s food in a peaceful setting while employing all the five senses. The seating is such that the Japanese-style garden of the restaurant is visible from all of the dining rooms. The style followed at the restaurant is kaiseki, in which a multi-course meal is artistically served in small portions.

Orchid, bamboo, apricot, chrysanthemum are the four menus. At Daigo, small amounts of dried bonito and eggs are used in some dishes but the restaurant can serve completely vegan food if the request is made in advance.