Where to get your kombu butter fix in KL

Seaweed or kombu butter has been a staple in the world of fine dining largely thanks to Eric Lecerf, Head Chef at Joël Robuchon who first popularised the gourmet topping. Often used in the kitchen to deliver an arsenal of flavours and a dash of umami to any dish, its allure lies in the balance between salty and sweet. As the new normal revolves around staying home instead of dining out, these restaurants around town have taken the liberty to bottle up all that compound goodness to be enjoyed at home. 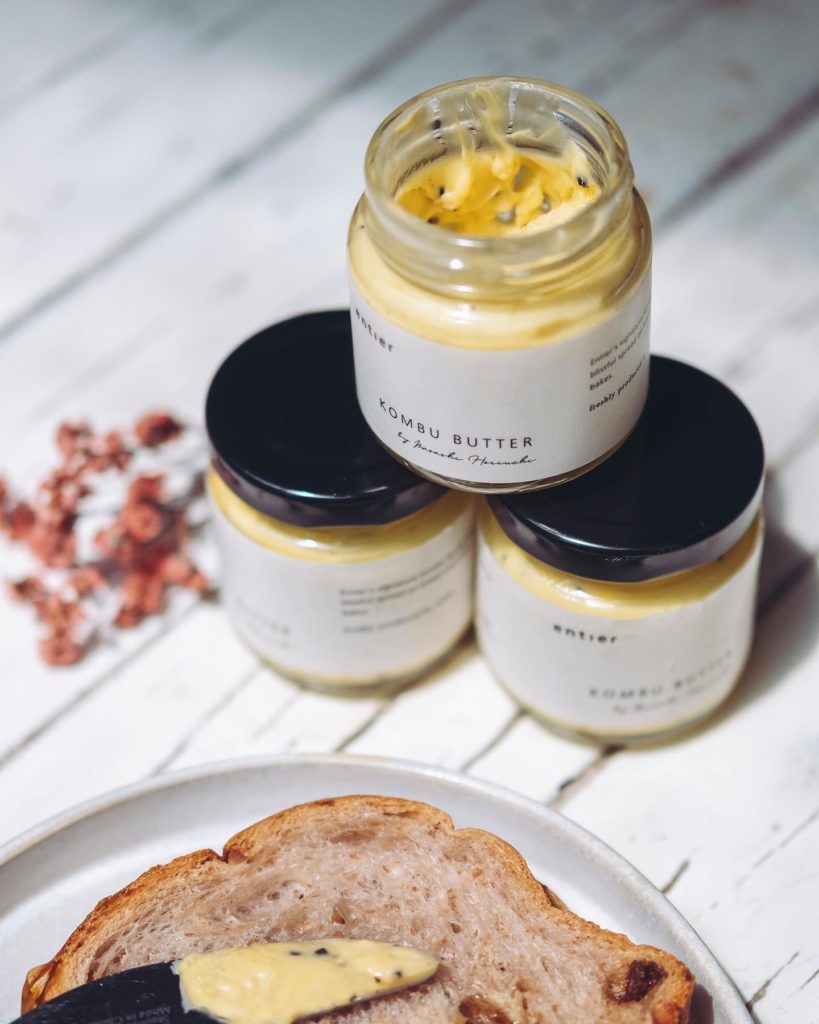 As soon as word got out that Entier was bottling up its signature kombu butter for sale during the MCO period, a league of loyalists were already waiting anxiously to place their orders. It’s fair to say that the French dining establishment located at Alila Bangsar was one of the first to kick off the trend as they made it accessible to Malaysians who were stuck at home during MCO. Butter is an inseparable component in French cooking and Entier’s Chef Masashi Horiuchi says that his creation delivers an irresistible umami when the iodine in seaweed melds together with butter. Spread it over Entier’s corn bread (which is also available for takeaway) or roast it with baby potatoes in the oven. The contemporary French-Japanese dining establishment has garnered multiple accolades over the years and an integral part of the dine-in experience their customers often look forward to is the truffle butter served with warm bread to set the right tone for the rest of the meal. In some ways, their truffle butter has become synonymous with a meal at Cilantro and you can now take home two variations – their signature truffle butter or seaweed butter. While you’re at it, why not place an order for their delicious Brioche Feuilletee too?

Pre-order yours today and drop a message with your name, contact number and order here Imagine our surprise and delight when we discovered another KL dining establishment offering kombu butter for takeaway. Ember Modern Bistro’s Chef Gary Anwar has persevered through the MCO and now offers his very own version of kombu butter packed with umami. Pair this with sourdough for a quick delicious fix.

Easy lunch recipes you can whip up in just 10 minutes