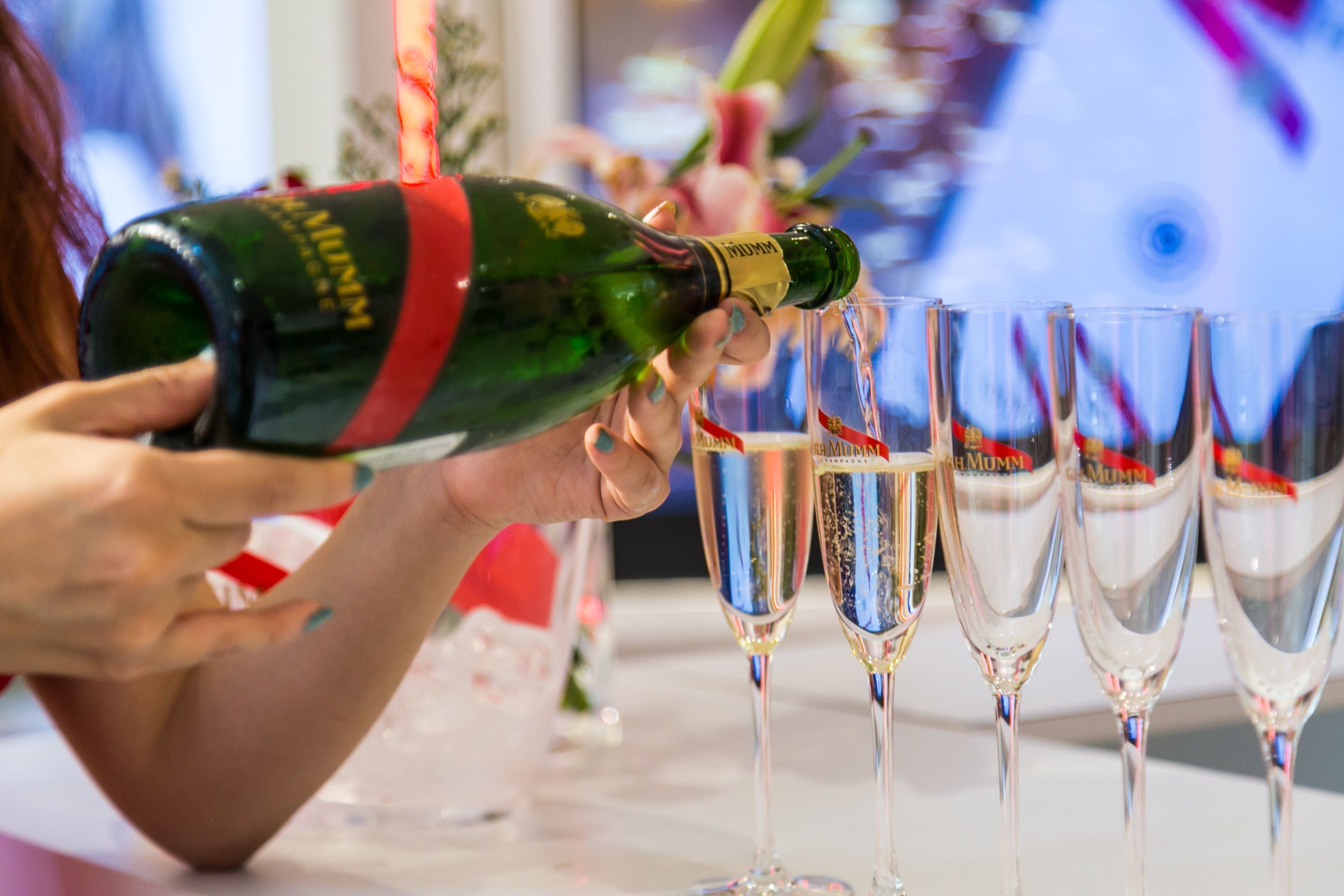 Yes, it’s too early to be drinking champagne at this hour, but only because Mumm Grand Cordon and Mumm Cordon Rosé are only available nationwide in 2020. G.H. Mumm’s range of champagnes is close to completion with the upcoming release the Maison’s hallmark cuvée, Mumm Grand Cordon, and the Rosé that having sipped and sampled with full enthusiasm, might be our new favourite bubbly.

A little fun fact: Mumm’s bottles are award-winning and distinct by ditching the traditional label, indenting instead a red sash into the glass. This marking is a honorary nod to France’s highest civilian award, the Légion d’Honneur. With Mumm Grand Cordon, extra attention was given to what would be the biggest star by collaborating with avant-garde industrial designer, Ross Lovegrove. The bottle itself is made of 75% recycled glass.

But more importantly, it’s what’s on the inside that counts. Here, we have an intense expression of 300 Pinot Noir sourced from over a hundred different crus of Chardonnay and Pinot Meunier base wines. The aroma opens to ripe peaches, apricot and pineapple, chased by whiffs of vanilla, caramel, yeast, dried fruit and honey. The taste is an intense recipe of fresh fruit and caramel with a lingering finish.

On the other hand, if rosé hasn’t yet become your common choice of drink, you might like what the Cordon Rosé has to offer. It’s much different than other makes of rosé with a softer, savoury palette — less sweet but energetically fruity and precise. The champagne’s bouquet of aromas comprise of notes like fresh strawberries, cherries and redcurrant, met with the warmth of vanilla and caramel.

Also new to the Maison is a fragrance created in collaboration with Malaysian bespoke perfumer, OLFAF3. The scent is inspired by the lush aromas of Mumm Grand Cordon and will be used at Mumm’s guided events to come.