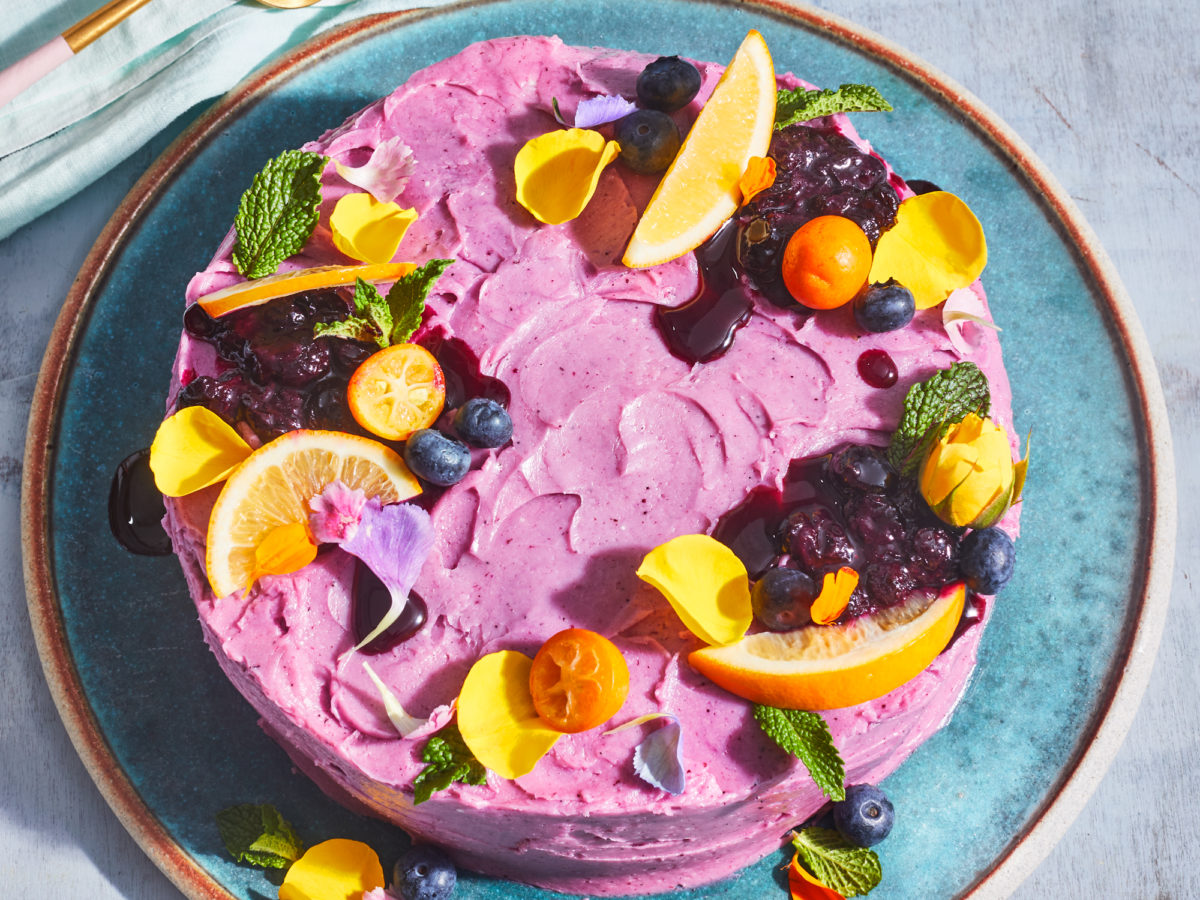 In a field dominated by precision, pastry chef Sasha Piligian bakes like a cook. “I have a candy thermometer, but I don’t use it,” she says from her home kitchen in Los Angeles, where her oven runs around the clock to fill pastry boxes for her side hustle-turned-full-time gig, May Provisions.

You’d never know from her flower-strewn, jam-dolloped cakes that this inspired baker hasn’t spent one day in pastry school. Piligian’s talent was honed through years in restaurant kitchens; that’s where she discovered the secret to buttercream success: Swiss meringue.

This simple mixture of egg whites and sugar (basically homemade marshmallow creme) not only lightens buttercream but also stabilises it. Heating and whisking the egg whites unravels their proteins, which then tighten back up, trapping tiny air bubbles with an assist from the just-melted sugar. Fluffy and sweet, the meringue loosens the thick butter, yielding a deliciously versatile frosting. “It’s so light, airy, and malleable,” Piligian says. “It has such a great pillowy consistency, but it’s very stable. I can manipulate it in endless ways, folding in curd, tahini, jam – the possibilities are endless.”

At the beginning of her process, Piligian whisks egg whites and sugar in a double boiler until the mixture feels smooth between her fingers. “To me, it’s easier to bake by feel,” she says. After the beaten meringue is glossy and it’s time to start adding the butter bit by bit, she again depends on her sense of touch. “I place my hands on the side of the bowl,” she says. “When it’s no longer warm enough to melt butter, you’re ready to go.”

We’ve compiled all the times and temperatures here so you can bake with confidence. But take a cue from Piligian and stop to touch as you go – you’ll find out just how fun and free baking can be.-Josh Miller

Whisk egg whites and sugar by hand in a bowl over a saucepan of simmering water until sugar is dissolved, 4 to 6 minutes.

In a stand mixer, whip egg whites on high speed until stiff, glossy peaks form and the mixture cools to room temperature, 10 to 15 minutes.

With the mixer running on medium speed, gradually add butter, mixing well after each addition, until light and fluffy.

Scrape down sides of the bowl. With the mixer running on medium speed, gradually add strained jam and salt.

Beat mixture until the jam is fully combined and the frosting is smooth, about 1 minute.

Spread frosting on cooled cake layers, or store in a refrigerator as directed.