Tangerine: Indulging in a View 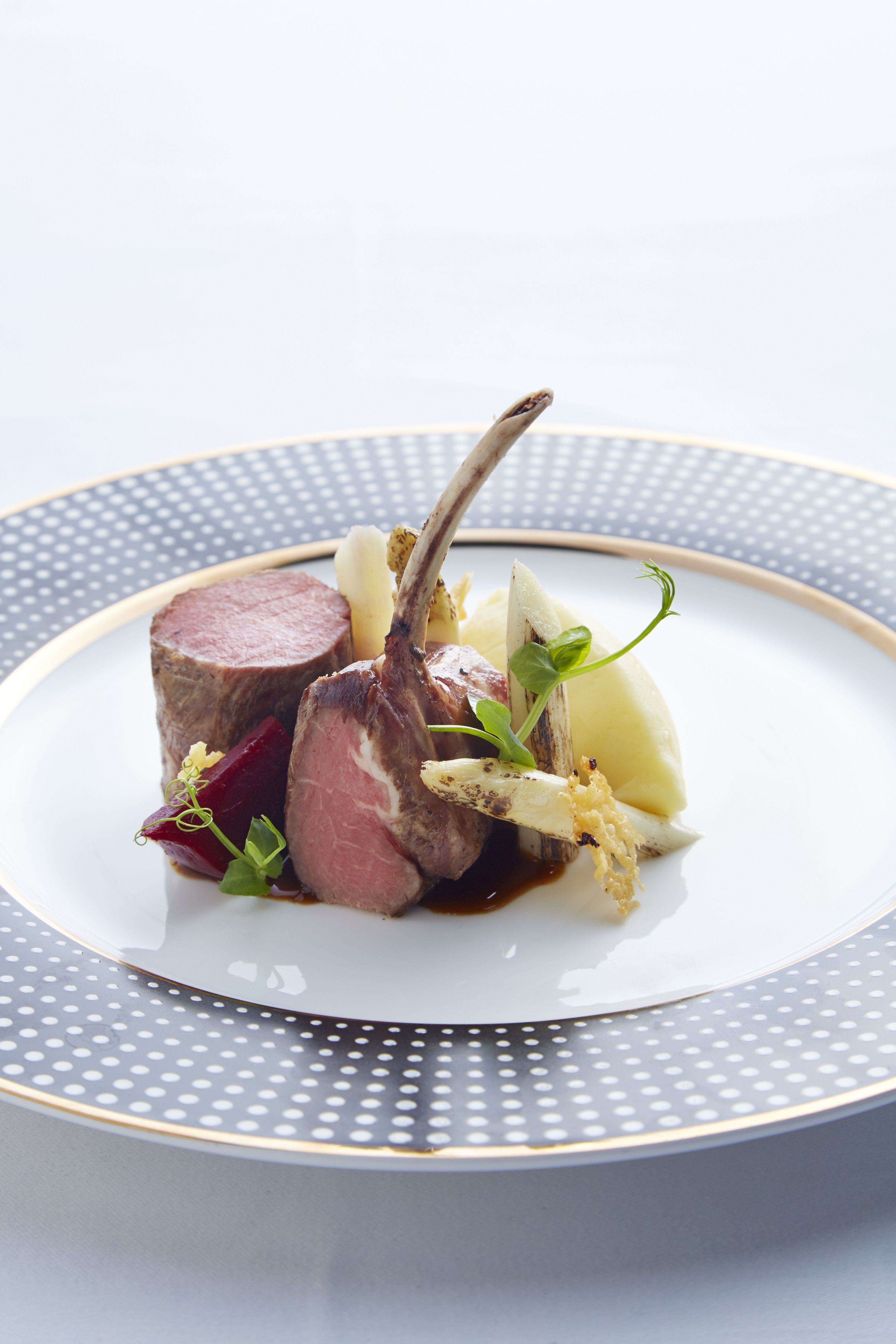 Wine & Dine
Tangerine: Indulging in a View
Share
Next article

“So nice to see you!” greeted Giselle Lee, the Marcom Manager of THE FACE Suites, as she extended her welcome towards us. There we were at the lobby, still amazed by the stunning modern interior of the hotel. Housed within The Face Suites, I was fairly excited when I finally had the opportunity to dine at Tangerine, as it recently revamped its all-day dining concept to a fine dining one.

I have to admit that I love heights. So when I found out that Tangerine is located on the 51st floor of the building, I was enthralled. Giselle led us to the lift as we ascent to the top of the hotel.

My reservation was at 5pm on a weekday and the establishment was barely filled (opening hours are at 6pm). Giselle showed us to our table, not realising that we were awestruck by the restaurant’s awe-inspiring architecture. Decked out elegantly in marble, the interior of Tangerine is illuminated by natural light. The dining room radiates with sophistication and class, with white tablecloth and floor-to-ceiling glass panels that exude a sense of refinement.

The view over KL never gets old, however, no matter how tempting it is for us to sympathise with the cars crawling along Jalan Ampang. The restaurant provides the opportunity to experience a taste of Western cuisine while enjoying the view over one of the region’s most happening cities.

Helmed by the experienced Chef de Cuisine Siti Arini Darsom, previously with Grill 582, she prides her food on the use of fresh imported ingredients along with masterful culinary skills and creative flair in executing her cooking.

The menu is focused with ample choices and unique concepts. My fellow dining partner and I were already engaged in deep discussions revolving around decisions and it was all getting a little overwhelming for us. Thankfully, with the help of Giselle, as well as helpful staff, they guided us through the menu and offered recommendations that would suit our palates.

Setting high expectations for the rest of the dishes to come, the amuse bouche was an absolute delight. The pan-seared tuna with ceps sabayon was such a delight that warmed our hearts. The fish was unbelievably soft. You could even scoop it with a spoon instead of slicing the flesh with a fork and a knife, although I wouldn’t recommend it out of etiquette.

To match our second course of pearl tomato compote, we were poured a glass of Katnook’s Founder’s Block Shiraz from Australia each. It wasn’t Friday, however, there’s no such thing as too early to drink. With its ingredients sourced from the Netherlands, the pearl tomato compote was handled with the utmost respect, served together with honey yogurt cheese (imported from Greece), nitro olive and basil crumble.

The next dish, Portobello tortellini was a favourite of ours so far. Coupled with fragrant shaved truffles and truffle froth, the dish was satisfying and tantalising. Following that was the Brittany lobster tartare, which showcased the chef’s remarkable culinary skills. Served alongside a crustacean bisque, the Brittany lobster tartare offered a piercing sensation. Not much talking was done between the two of us, as we were savouring with what was clearly something pretty special that had been put in front of us.

To prepare us for the main course, a bowl of iced avocado and white gazpacho was presented in front of us. It was tart and crisp – exactly what one would expect from a palate cleanser. Inspired by the chilly cleanser, my dining partner and I went on about the incredible facts and health benefits that our little green friend could bring. Giselle wasn’t a fan though.

Thereafter came the sous-vide Australian lamb loin. A good slab of meat is the hallmark of any Western restaurant. My mind was blown by how good this was. Paired with white asparagus, smoked garlic, creamed russet and pecorino flakes, the meat was not at all fatty and yet supremely tender, laced with a sweet, delicate flavour that counterpoised perfectly against the combination of crunchy asparagus and mashed potatoes. Heaven on the plate.

By then, we were pretty much ballooned up but as the saying goes, “there is always room for dessert”. We were served Spanish goat cheese. The dessert composed of gelato goat cheese, supplemented by charcoal meringue, pistachio cookies and orange jelly on its side, with the latter providing an interesting contrast to the texture of the gelato.

With a view that looks like a million bucks, overlooking the magnificent backdrop of the Kuala Lumpur skyline, coupled with its commitment to offering innovative and unique dishes, Tangerine is deserving of its place among the best rooftop fine dining restaurants in town.