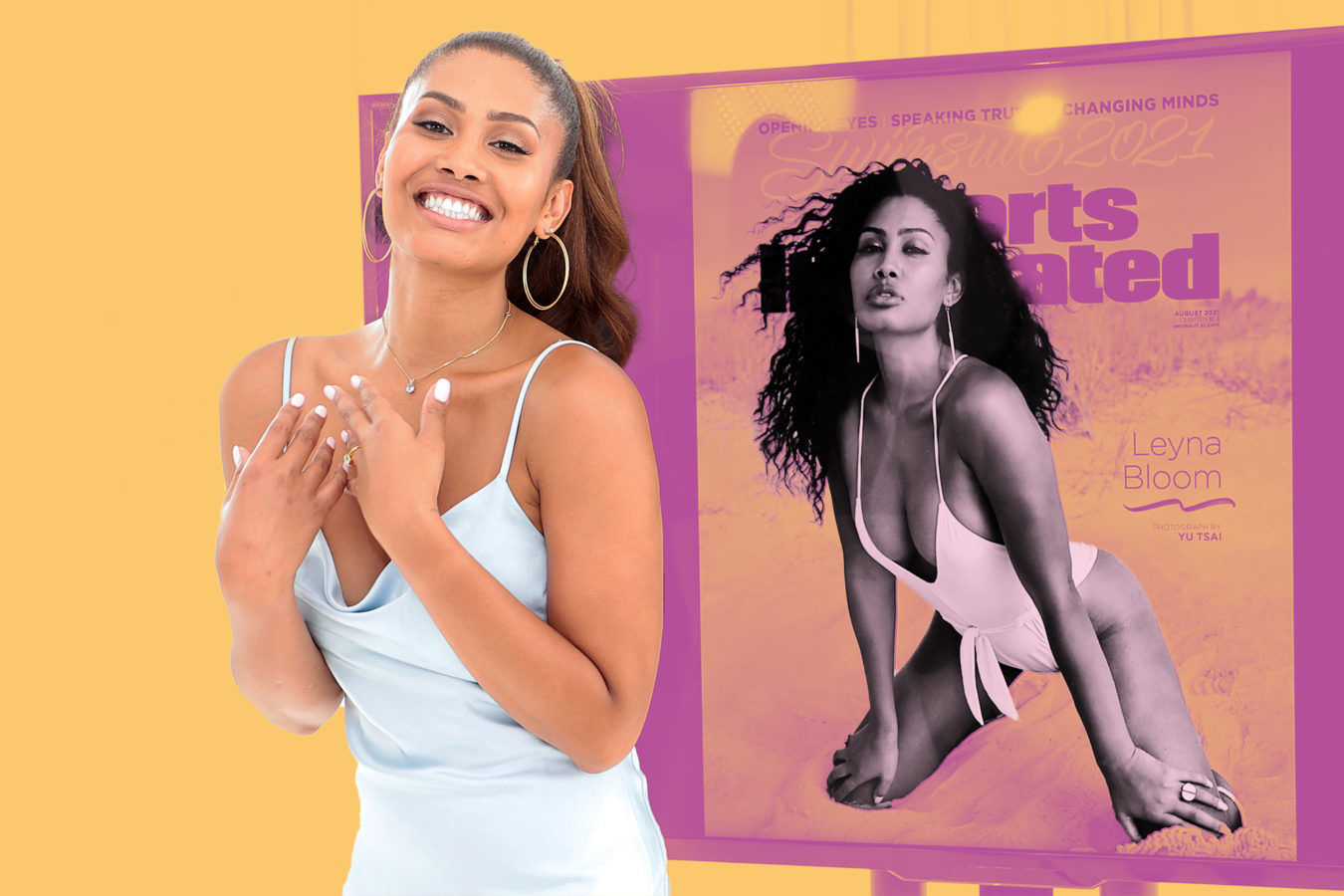 The theme of the 2021 Sports Illustrated Swimsuit issue goes beyond bikini-clad buxom beauties. This year, it takes on the powerful message of “Opening Eyes, Speaking Truths, and Changing Minds.” And the publication did just that by choosing three impressive cover stars: rapper and social justice activist Megan Thee Stallion, tennis champ and mental health advocate Naomi Osaka, and actress and activist Leyna Bloom, who’s also the first transgender model to be featured on the cover and the first trans woman of colour to appear in the magazine.

“If there’s one thing that our cover models have in common, it’s that they don’t have one thing in common,” said Sports Illustrated Swimsuit Editor-In-Chief MJ Day in a statement. “They look different, have different upbringings, have different passions and inspirations. But each is a reminder that beauty comes in many forms.”

Leyna Bloom, an actress and model who is half Black and half Filipino, celebrated Monday’s historic moment by posting an empowering message on her Instagram.

“I have dreamt a million beautiful dreams, but for girls like me, most dreams are just fanciful hopes in a world that often erases and omits our history and even existence. This moment is so powerful because it allows me to live forever even after my physical form is gone. Not a lot of people get to live in the future, so at this moment, I’m proudly choosing to live forever,” wrote Bloom, dedicating her cover “to all ballroom femme queens past, present and future.”

In a June interview with Today, Leyna Bloom said that she’s used to breaking barriers, but wishes those same barriers would go away permanently.

“I go into spaces, and I’m the first, but it’s like, ‘Oh, you should just be lucky the first,’ and, ‘No, you’re not going to get this opportunity because you’re still Black, you’re still a woman, you’re still trans.’ I’ve heard that my entire life. ‘You should just be quiet and lucky you’re in the room,'” she said in the interview, adding that she’s inspired by the likes of James Baldwin, Maya Angelou, Malcolm X, and Toni Morrison when it comes to fighting for her space in the world.

“I have to find how to communicate why (doors) should be open to me, why they should keep them open for other people like me,” she said. “I constantly have to fight for my power, fight for my voice.”

As for Megan Thee Stallion — whom Day called a “magnetic powerhouse taking the world by storm” in Sports Illustrated Swimsuit — well, she believes the brand’s commitment to diversity is exactly what makes it soar.

“I think they are on the forefront when it comes to diversity and inclusion because they do not fear change, they lean into it,” she told People. “They see the world and have it reflect on the cover and pages inside. That is why they have been so successful.” The 26-year-old rapper added that seeing Tyra Banks on the cover of Sports Illustrated Swimsuit when she was a kid was inspiring.

“I remember thinking, ‘Wow, this girl looks like me!’ Here is this stunning Black woman owning her curves and it made a big impact. It made me think, ‘maybe I can be on the cover of SI Swim one day,'” she recalled. “And guess what — I am!”

Of course, Megan said she is also honoured to be in the same realm as Beyoncé, the Sports Illustrated Swimsuit 2007 cover star, with whom she collaborated on her track, “Savage.” The duo later took home the Grammy for Best Rap Song in March 2021.

“I was so surprised when she did the cover because I had only ever seen models before,” said Megan. “I think she was the first musician to ever be on the cover.” Megan, meanwhile, is the first female rapper to ever grace the magazine’s front page.

As for Osaka, Sports Illustrated Swimsuit isn’t her first rodeo with swimwear: Earlier this year, she collaborated with Frankie’s Bikinis on a swimwear line. However, it wasn’t her design skills that made her a shoe-in for the cover. “We celebrate Naomi for her passion, strength, and power geared toward consistently breaking barriers when it comes to equality, social justice and mental health,” gushed Day in the issue.

Osaka famously dropped out of the French Open in May after refusing to do press appearances in order to protect her mental health. In June, she wrote an essay for Time called, “It’s O.K. Not to Be O.K.,” in which she urged sports organisations to prioritise athletes’ mental health as well as their physical prowess.

“Perhaps we should give athletes the right to take a mental break from media scrutiny on a rare occasion without being subject to strict sanctions,” she wrote. “In any other line of work, you would be forgiven for taking a personal day here and there, so long as it’s not habitual. You wouldn’t have to divulge your most personal symptoms to your employer; there would likely be HR measures protecting at least some level of privacy.”

On landing a Sports Illustrated Swimsuit cover, Osaka told the publication that she is “so proud to be the first Japanese and Haitian woman to grace one of the covers.”

And this is just one part of an eventful summer for Osaka. In addition to competing in the upcoming Tokyo Olympics, the tennis sensation was also honoured with a Barbie doll, which has already sold out.