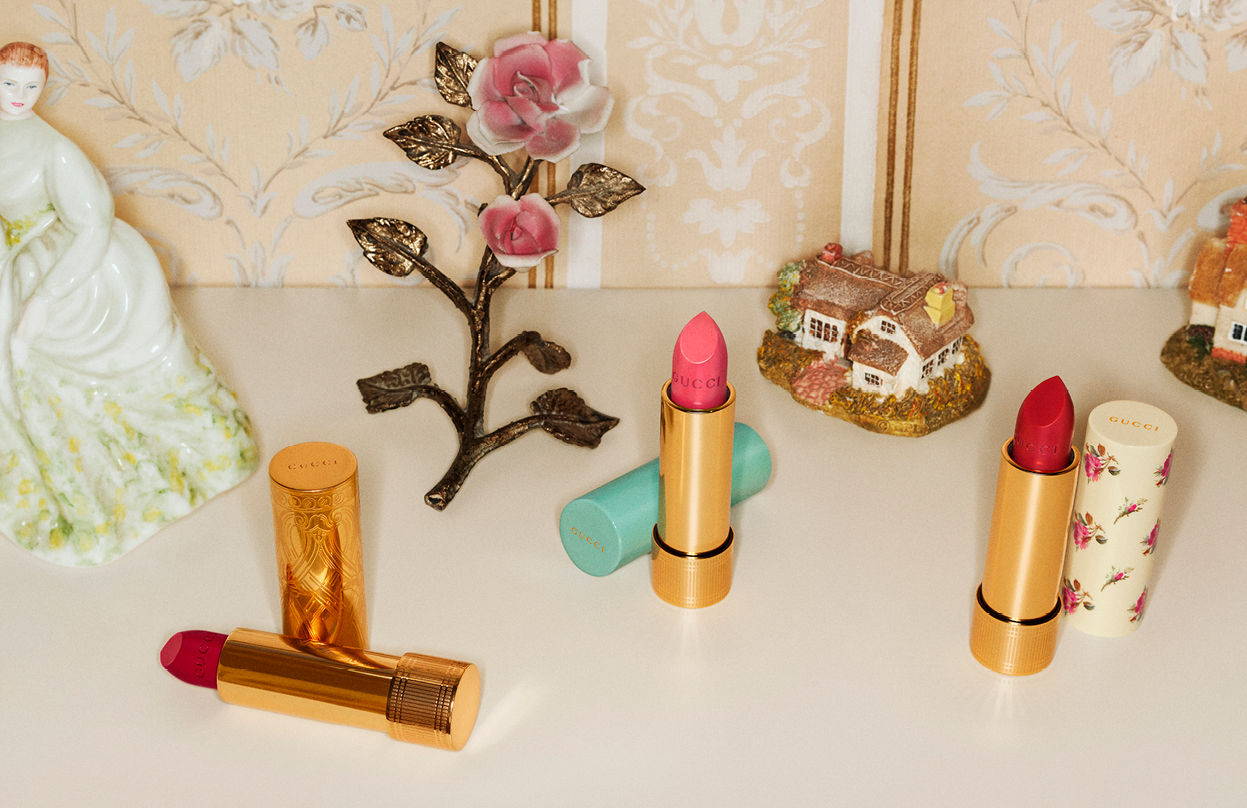 Gucci has made a triumphant return to the world of makeup. Its big reveal on Instagram eschewed the symmetrical, white-toothed smiles of conventional beauty campaigns. In place of this was an imperfect, crooked and unpolished smile — tooth gaps and all — sporting a deep red pout.

That smile belongs to Dani Miller, the lead singer of punk band Surfbort. With Alessandro Michele at the helm as creative director, we expect nothing less than an unconventional face to front its beauty campaign.

The retro-style campaign also features models Mae Lapres, Achok Majak and Ellia Sophia Coggins. A voiceover reminds viewers to “be bold, be brave, be beautiful”, echoing the house’s statement that “makeup should not mask, but rather exalt, flaws and make them part of the language of beauty”.

This makeup collection is a 58-strong lipstick lineup, including Michele’s favoured shade called 25* Goldie Red, which references his favourite number and the legendary Hollywood actress. The dainty, vintage-style tubes are worthy buys for any collector, as it’s inspired by artwork; some even feature the floral patterns akin to that of the iconic Gucci Bloom. These are divided into three formulas:

Rouge à Lèvres Satin
Thirty-six satin shades range from nudes, with names like ‘Penny Beige’, to arresting deep reds like ‘Odalie Red’ and pinks such as ‘Vantine Fuschia’. A black shade, ‘Crystal Black’, stands out for the unconventional. Formula-wise, these are creamy, and leave lips smooth and soft.

18 sheer, lightweight shades are available in hues of brown, red, and even dark raspberry. These gently stain lips for a soft pop of colour.

For those who prefer a balm texture, this come in three shades, including red pink and plum, and transparent for a colourless sheen.

To celebrate its new launch, Gucci threw a fête with the faces of its campaign. Held at the exclusive Doubles Club in New York (with a hidden door no less), the party was themed like a Saturday Night Fever-style disco, with vintage inspired makeup stations and televisions playing seventies reels. Together with Alessandro Michele, guests — which also included performers and fashion influencers — partied the night away while experimenting with the new range. See who was in attendance in the gallery below.

Gucci Makeup will be available at Takashimaya Department Store Beauty Hall from 12 September.

All photos are credited to Gucci.