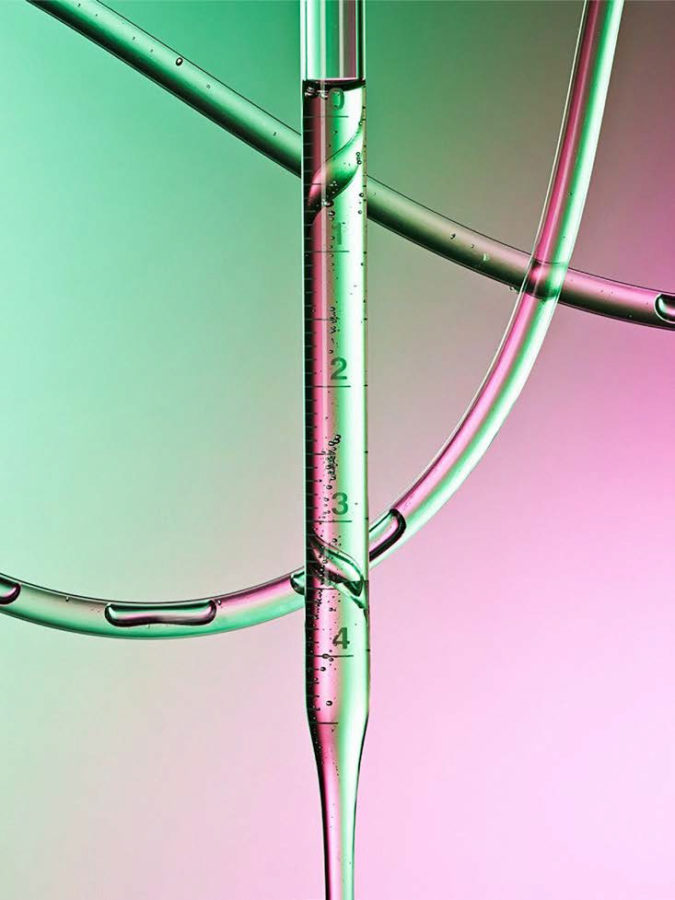 Prebiotics, probiotics and postbiotics are forming the new frontier of skincare

Beauty & Wellness
Prebiotics, probiotics and postbiotics are forming the new frontier of skincare
Share
Next article

An ever-growing number of studies — and, consequently, products — reveal the significant role of microflora in keeping the skin healthy, as well as treating a host of problems, from rosacea and acne to signs of ageing.

Hand sanitiser? Check. Alcohol wipes? Check. Surgical mask? Check. Arming ourselves daily with these “anti-pandemic” goods to ward off viral threats and wipe away any trace of bacteria has become the norm, and we’ve come to think of these microorganisms as the enemy. Yet the last few years have seen a surge in the number of skincare products packed with probiotics that promise to do the opposite: Feed bacteria in the body and increase their number and diversity.

One might shudder at the thought of trillions of single-celled organisms – bacteria, fungi, protists and, yes, viruses – moving, living and feeding off our bodies. Collectively called the human microbiome, these microorganisms take up about 1 to 3 percent of a person’s body mass. It doesn’t sound like much, but there are about 10 times more bacteria in an average human body than human cells. These organisms aren’t harmful but are actually important for staying healthy. Some of them break down food to extract nutrients the body needs to survive, some produce vitamins and others teach our immune systems to recognise invaders and fight off the bad guys – disease-causing microbes.

A growing number of studies are demonstrating how the composition of the human microbiome correlates to how
healthy the body is, and how manipulation can possibly treat disease. For instance, having an imbalance of gut bacteria, or a “leaky gut” results in hormonal issues and a weakened immune system, making one more prone to irritable bowel syndrome, chronic fatigue, food allergies, migraines and rheumatoid arthritis. Reversing these issues all centre around rebalancing microflora in the gut, including the use of probiotic (live-culture) supplements and eliminating inflammatory agents such as refined sugar, caffeine and alcohol.

In relation to this, scientists have found that inflammation in the gut can also happen in the skin. “When the balance of good bacteria is off, the effect could show up in a variety of skin problems, including acne, rosacea and eczema, and it can also accelerate the signs of ageing, leading to fine lines, wrinkles, and loss of elasticity,” says Dr Whitney Bowe, a US-based dermatologist and microbiologist who wrote the book The Beauty of Dirty Skin.

Bowe specialises in skin rejuvenation and her research focuses on the link between nutrition and skincare, leading her to patent a bacterial-derived acne treatment. She advises her patients to preserve and support their microbiome by being mindful of what they eat, and not to wipe out the good bacteria that exists in the skin by avoiding cleansers with hard sulfates (Sodium Lauryl Sulfate, or SLS and Sodium Lauryl Ether Sulfate, or SLES) and scrubs that strip the skin of its healthy oils.

Aside from a healthy diet and ditching the harsh cleansing routine, Bowe also believes in keeping good microbes in the skin alive and thriving by including a probiotic skincare product to the skincare routine.

But not all probiotics are created equal. Bowe explains that while brands use the umbrella term “probiotic”, there are distinct differences in formulation, use and effectivity that users should be aware of.

Prebiotics are food for the bacteria, and work to nurture and enrich the microbiome, while postbiotics use lysates, or non-living by-products of good bacteria to interact with the skin’s existing bacteria. Strictly speaking, probiotics are the name for actual organisms that live on the microbiome but, according to Bowe, using these live cultures in skincare would be tricky since it would require preservatives.

Another researcher in the field, biochemist Dr Barbara Brockway, who blogs for The Secret Life of Skin, writes that formulating live microorganisms in cosmetics would be extremely problematic, citing safety regulations and the need for these organisms to survive in the product throughout their shelf life. Hence most of the probiotic skincare products on the market today use prebiotics, postbiotics or a combination of the two.

As a segment of the industry that’s forecasted by market researchers to grow by 20 percent annually, an increasing number of skincare companies are looking for their place in the probiotic pool.

Having spent nine years in the pharmaceuticals industry, Claire Vero wanted to create skincare that was scientifically proven and naturally formulated, and could deliver results in a fast and effective way. She founded Aurelia Probiotic Skincare in the UK in 2013, and since then, the brand has expanded its skincare line to mother and baby products, all of which are now available globally, and carried in Hong Kong by Lane Crawford.

Aurelia uses a combination of pre and postbiotics, but primarily a non-living bifidobacteria in the form of a glycoprotein, a molecule that helps cell-to-cell communication and calms the natural immune triggers in skin that can be overstimulated by pollution and stress.

Vero first had the idea of working with probiotics when she was investigating the root cause of premature ageing while working for GlaxoSmithKline. She found that inflammation in cells is the cause of skin problems – including lack of luminosity – and more severe issues, and that sufferers of eczema and psoriasis, when treated with probiotics, were able to calm their skin and restore the balance. It was then that she had the idea of creating anti-ageing, probiotic skincare. The reception was phenomenal. Barely six weeks after launching Aurelia was invited to be one of the 15 brands to introduce Net-a-Porter’s beauty section, and the products sold out within 72 hours of going live.

Across the world in South Korea, leading cosmetics maker AmorePacific – the company that’s behind Sulwhasoo, Laniege, Innisfree and Etude – has been dabbling in microorganism research since 1997 and is now reaping the rewards. In fact, it’s devoting even more investment to microbiome studies.

Last year, it launched Soon+, a line focused on postbiotics, and specifically a fermented ingredient derived from kimchi. Aside from the postbiotic, Soon+ formulations are plant- derived, and the line only carries three products – cleansing water, balancing foam and balancing emulsion – that target millennials looking for minimalist and efficacy-driven skincare.

In March, the company announced the opening of its Green Tea Probiotics Research Centre in Jeju Island, which aims to expand research on a particularly strong probiotic strain found in organic green tea that offers antibiotic- resistant properties. The company’s Innisfree brand is one of the first to use fermented green-tea lactic acid in its Green Tea Probiotics Cream, which according to the website “works to strengthen and protect weak and fragile skin, and help it recover from external irritation”.

The company also revealed that it was working with Switzerland’s Givaudan, a cosmetic-ingredient manufacturer, to study microbiota in the skin of Korean and French women.

In April, Swiss brand, Valmont, launched its Primary skincare range in Hong Kong, which features three key ingredients: Lactobacillus pentosus in lysate form, which helps enrich and diversify the microbiome; Fructo-OligoSaccharides, or tiny prebiotic sugars that help keep the good bacteria in the skin thriving; and Provitamin B5, which has healing properties and makes the skin softer and more comfortable. It’s its first line of biotic skincare, and the first also to use UHT or ultra-high temperature treatments in production.

As the research continues, and more brands are able to offer targeted formulas for the microbiome, it will do us good to remember that bacteria are friends not foes, and that keeping them happy might just be the ticket to ageless, glowing skin.

Sign up to get the latest luxury and lifestyle news delivered to your inbox.
beauty skincare beauty trends probiotics
Editorial
beauty

Here’s how to improve your gut health and overall wellbeing

Rethink your skincare routine during the COVID-19 situation