Behind the Brand: Yu-Chen Shih of Orcé Cosmetics on colourism in the Asian beauty world 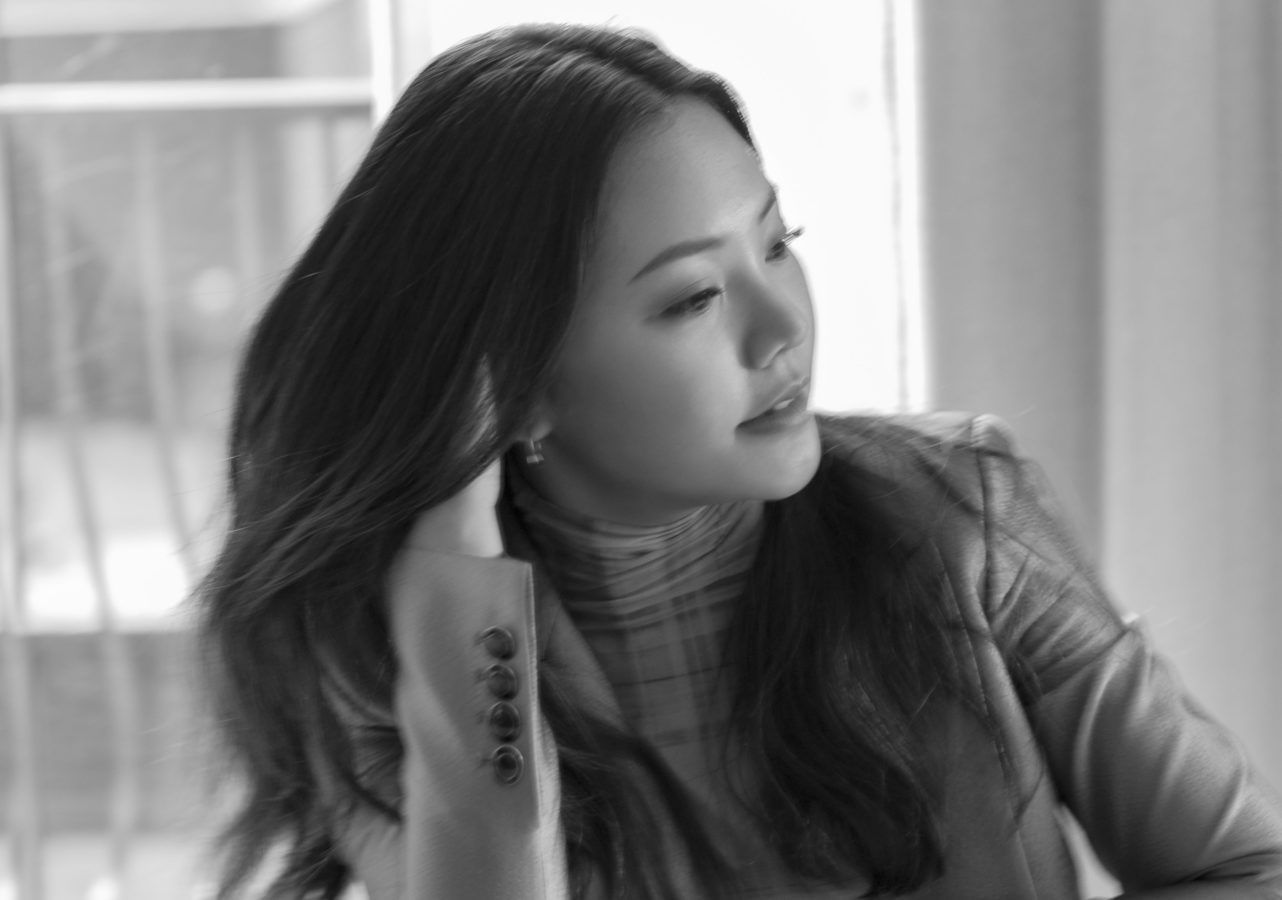 Beauty & Wellness
Behind the Brand: Yu-Chen Shih of Orcé Cosmetics on colourism in the Asian beauty world
Share
Next article

The beauty industry may be saturated with Asian names, but there remain gaps in representation – ones that Yu-Chen Shih seeks to fill with her brand, Orcé Cosmetics. Born in Taiwan and raised in Singapore, she advocates for more inclusivity within Asian communities and combats Western stereotypes about Asian women. 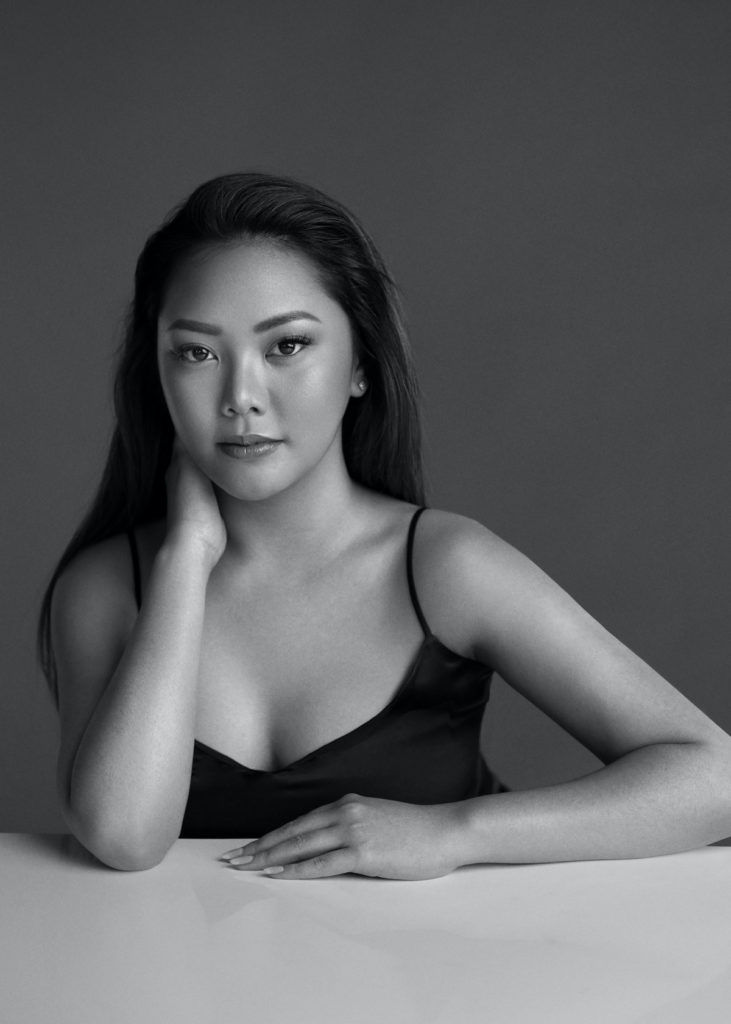 The daughter of a Taiwanese mother – who fed her whitening treatments growing up – and a Malay father from the Melanau aboriginal tribe, Shih was bullied for her deeper skin tone growing up. These experiences, along with never finding a suitable foundation, inspired her to create Orcé (pronounced or-say) for Asian skin. The cult favourite of Hollywood make-up artists is now available at Tangs Singapore and currently has two products in its lineup. Here, she tells us more about it. 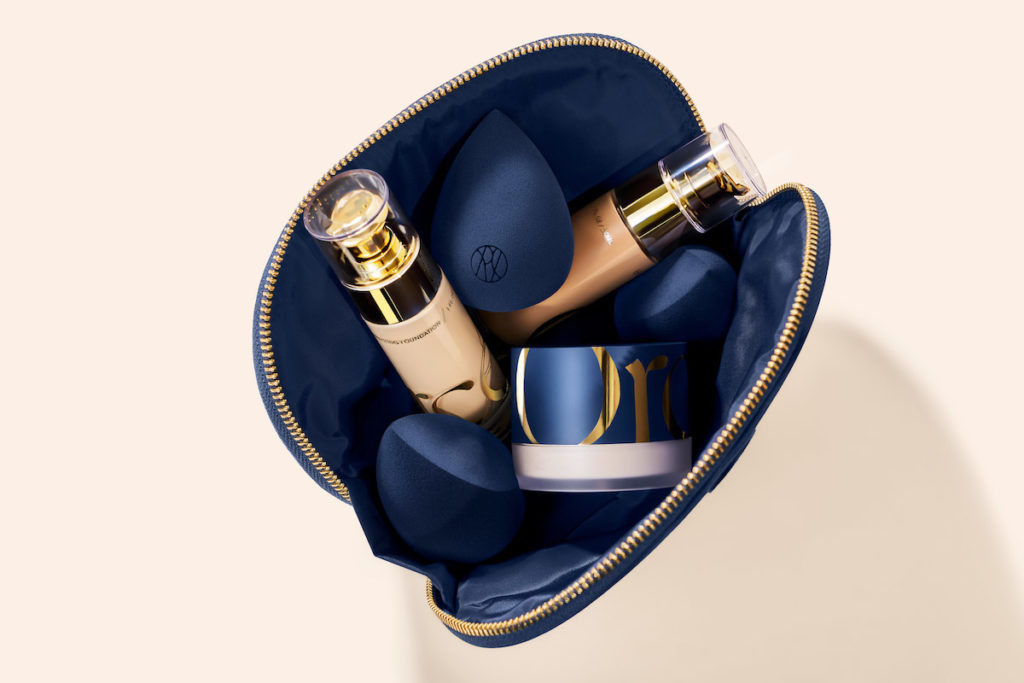 What inspired you to start your brand?

It was born out of feeling overlooked for many years.

I was in my final year at university as an advertising and marketing major and also in my second year at an advertising agency in Los Angeles. I was working on the account of a global Japanese beauty brand.

At the time, the star product was a whitening skincare range. I shared suggestions, including adjusting the product strategy to ‘brightening’ instead of ‘whitening’, but not all were considered. I thought to myself, “What if there was a brand that actually spoke to me?”As a beauty consumer, I was always just settling for what’s out there. I haven’t encountered a brand that truly make products for me and advocated for the things I care about such as visibility and representation of Asian people globally.

That was when I conceptualised Orcé. It stems from the word “force” because I want to portray Asian women as a force to be reckoned with. We are confident, strong and beautiful. We come in all kinds of colours, and deserve shades that work for us.

Did this thinking also derive from your upbringing?

I was raised mainly by my mother, and was taught that I would be more beautiful if I had lighter skin. She’d make little comments here and there that it was too bad that I inherited tan skin, or she’d compare my skin to hers and my cousins’. She’d say, “I have to take you out of the swimming team. You have to use whitening creams. You have to stay out of the sun.”

I had to do so many things just so I would have lighter skin to be considered beautiful. That took a toll on my self esteem as a young woman. Outside of my family, brands are also perpetuating this.

How does your brand break stereotypes about Asian women?

When most people think of Asians, you think of East Asians. What about all the Southeast or South Asians, for example?

I wanted to do justice to the colourful diversity within our global community. We’re more than Chinese, Japanese or Korean. We’re also Southeast Asian and South Asian. It’s about challenging the stereotype that Asians are all fair-skinned, and that only fair-skinned is beautiful.

As a young girl obsessed with makeup, I remember very clearly how fascinated I was with foundation’s transformative effect. I was determined to find one that worked for me. I intuitively went to Asian brands. What I found was that I was always very far outside of their range, and especially back then because I was on the swimming team. As a young girl, I internalised it as I really needed to lighten my skin because I’m not accepted within this range of light to light.

I also looked to brands and magazines for what was considered beautiful. I never saw an Asian model with deeper skin, or any model who looked like me.

With Orcé, I also want to break out of this box that the industry tries to put Asian brands into. Sometimes Asian brands pack themselves into this box with colours of red, gold and black. I think what some brands do is that they they fetishise Asian culture. I want to present an elevated experience where you can just focus on the product rather than be distracted by the overselling of Asian culture. 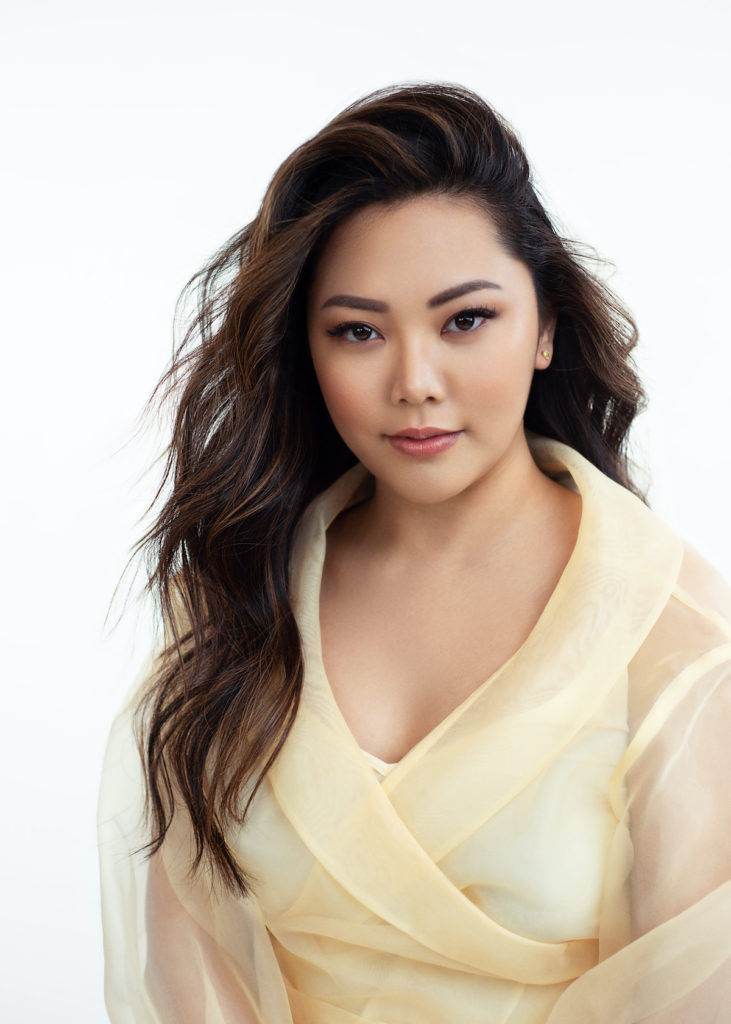 What issues did Orcé experience when tackling colourism?

Ads today rarely depict deeper-skinned Asian models. I want to show that Asians are multidimensional. My creative team then was casting for our photo shoot in New York City and could not find a model with a deep enough skin tone, so we flew one in from Indonesia. Prior to that, they suggested hiring a model of a different ethnicity and making her look Asian. I was offended as it’s against everything we’re doing.

We’re trying to encourage representation. I insisted that they find me someone who was an accurate representation of that shade.  I wanted to show people with the models we cast that Asians are multi-dimensional and we all have different facial features.

When it came to launching the brand, it was really tough for us in the beginning as we got a lot of backlash. This was pre-Black Lives Matter and Stop Asian Hate; there was little conversation around diversity in the b2b space.

We received a lot of comments such as, “Why do Asians need their own brand? You can just use products made for Caucasian people.”

A lot of education had to be done. Like them, I once believed that everyone has the same skin, just different colouring. The industry wants us to think that so they can sell one thing to different people without understanding each group’s needs. 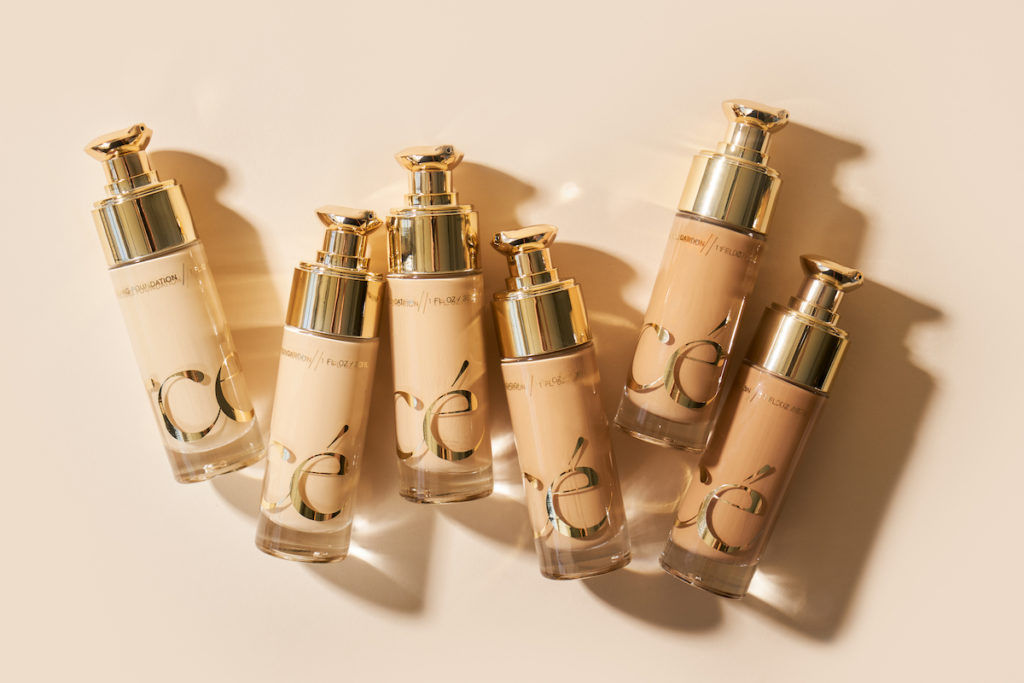 What was the process of launching the foundation?

When I was creating the shades, a chemist handed me a Pantone skin colour book and asked me to pick the colours I wanted so they could make them for me.

I found it strange that they create products for skin without involving real skin. I disagreed with this and they told me to pick any foundation colours from a beauty store and they will copy them for me. To me, this is perpetuating the cycle of recycling shades that aren’t working for us so we found another manufacturing partner in North California who understood our frustrations. The chemists are from India, and so when I talked about my difficulty in finding shades that worked for me and others around me, they shared their struggles with me as well.

They said they create makeup products all day, but  haven’t been able to find a foundation that worked for them. They were fascinated that there’s a brand that’s taking the time to invest their product development in a market that has been really overlooked.

Every single shade of the foundation is based on real women I know. The process was time-consuming but necessary for us to know that we’re creating shades that are solving somebody’s frustrations and issues. We’ve now ramped up this process by involving our followers and customers, and have a Facebook group called the Orce R&D panel. 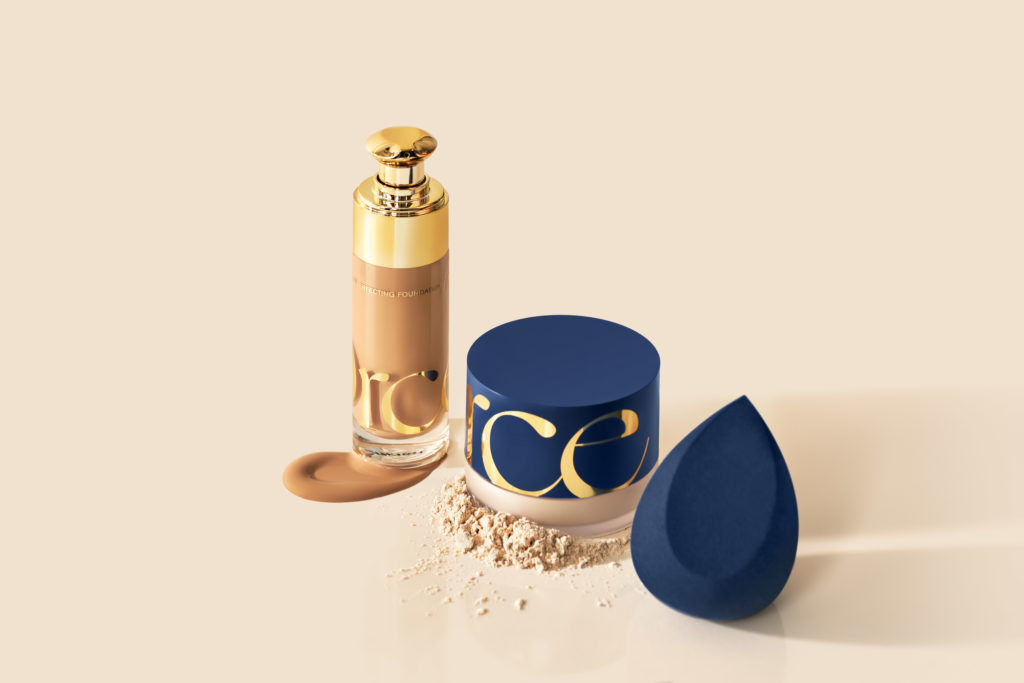 Tell us about the foundation and how it cares for Asian skin.

I was determined to create a hybrid product that is skincare and makeup. I wanted to make a foundation that not only delivered on the texture and the finish, but also improves your skin over time.

Aside from the chemists, I also consulted with my dermatologist then, who is a Chinese American and has a specialised interest in Asian skin. I learned that Asian skin is structurally different. The topmost layer of our skin is thinner than other ethnicities and is sensitive to external elements. We’re also losing moisture throughout the day and have active sebum production. Our skin is oily, dry and sensitive at the same time.

To cater to this, I knew we had to make something that caters to all of these concerns. The foundation contains three ingredients that address major skin issues faced by Asians. Hyaluronic acid hydrates our skin without the use of oils (which can exacerbate blemishes and breakouts). Tahitian Pearl extract has a special place in my heart, because my Mom would feed me a teaspoon of pearl powder every day when I was young. It accelerates wound healing and triggers the production of collagen. The antioxidant Chinese herb of the evodia fruit is a strong antioxidant that boosts radiance.

How else does Orcé advocate for change?

As Asians, we are taught not to stir up trouble or attract too much attention. That is not serving us in this time, because we’ve been left out of this conversation about diversity. We should discuss things like colourism, because sweeping it under a rug is not going to help us. I want to start conversations around these issues that are preventing us from accepting ourselves and each other.

All images are courtesy of Orcé Cosmetics