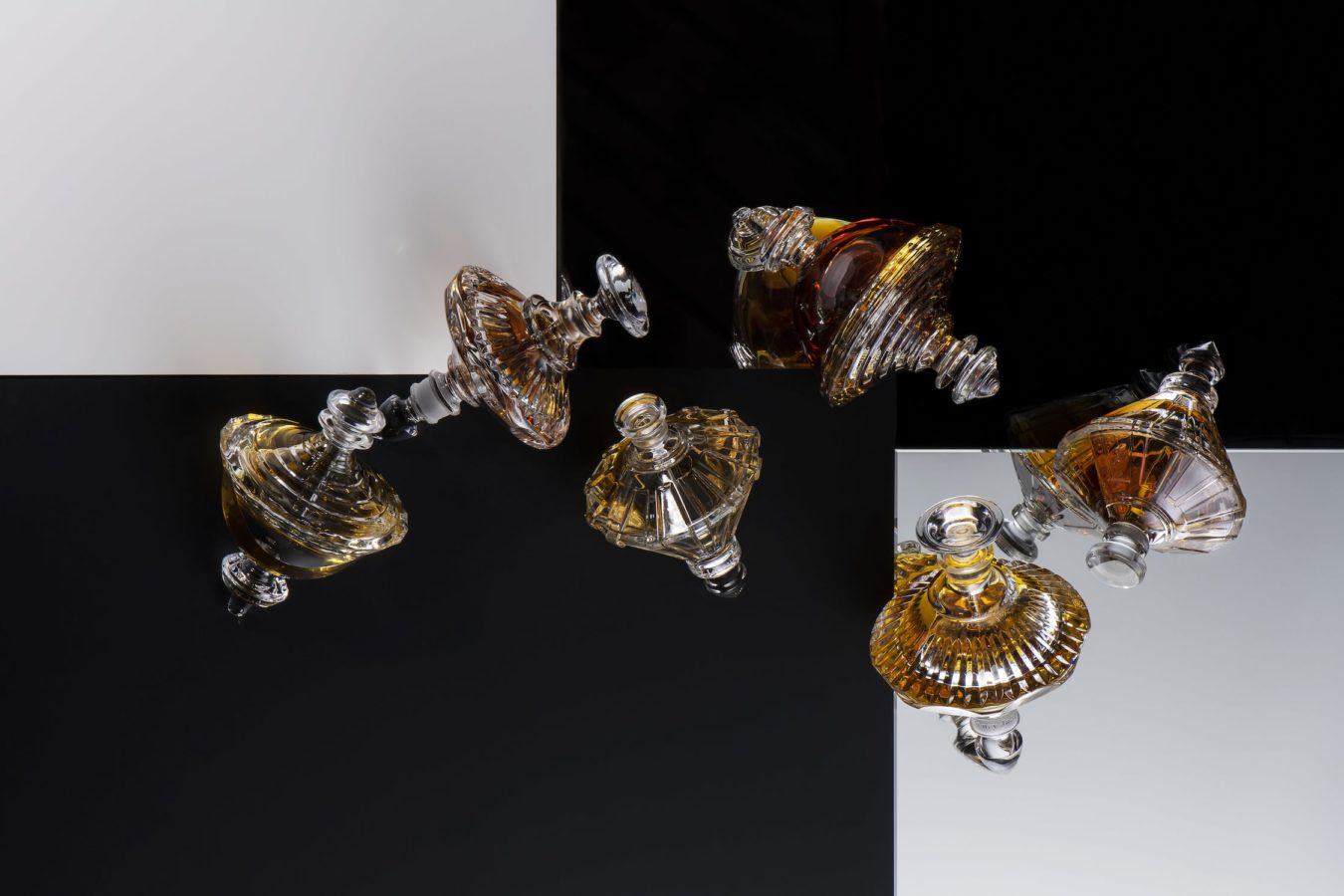 Henry Jacques completes its Les Toupies trilogy from the Masterpieces collection with a final pairing that advances its art of great perfumery.

Where a new wave of niche names are jostling for space in the haute parfumerie universe, few can lay claim to a legendary reputation like Henry Jacques. In 1975, Henry Cremona founded the perfume atelier, creating sublime scents drawn from childhood wanderlust. For decades, the maison has discreetly cloaked elites, royals and the well-heeled in its tailor-made blends. Today, while it has opened its doors to the discerning public, it remains one of the few family-owned fragrance houses in the world.

The mark of the Henry Jacques legacy is its art of great perfumery, where olfactive finesse pairs with artistic precision. The most delicate and rare of essences are harnessed for its blends, which are encased in beautiful flacons worthy of holding only the most precious of compositions.

Scents certainly have the power to elicit emotions and memories. With the Henry Jacques affinity between the fragrance and the flask, application of the perfume becomes a holistic sensory ritual for its wearer. A collection of these numerous olfactory experiences creates a scent wardrobe for an individual, reviving the art of wearing perfume. The quintessence of this ethos is the Masterpieces collection, of which Les Toupies is a consummate expression.

French for “The Spinning Tops”, Les Toupies is a three-part series of his-and-her perfume pairs. These crystal flacons are shaped like the spherical toys and are emblematic of enduring childhood memories, the sparkle of their facets symbolising the simple happiness of youth. Designed by the maison’s art director Christophe Tollemer, they are showcases of complex artistry. Although multi-faceted, the flacons are symmetrical and have a stable axis despite having no central point. Composed of a pattern of handcrafted angles and planes, the facets capture light like a glittering gemstone.

The first of the three romantic pairings is the Les Toupies I of Mr H and Mrs Y, two signature scents from the maison’s archives. Embodying a love story, the two are created in concert, with the masculine flacon created larger than the feminine, their curves moving in an endless waltz. Mr H is a concoction of a tobacco-laced blend of cedar wood, geranium, sandalwood and amber, while Mrs Y is assembled with ylang ylang, rose damascena, jasmine, iris and a dash of tonka bean.

Les Toupies II is the No 16 and No 81, two avant-garde expressions of modern perfumery housed in architectural flasks defined by strong angles. Both feature lesser-known ingredients, which are infused in intricate layers. No 16 offers the subtle presence of the classic Rose de Mai, the legendary rose unique to Grasse, after a spirited floral opening that includes vetiver, ambrette seed and white musk. No 81 is a bold alchemy of bergamot and punchy grapefruit, unravelling into smoke, wood and the heady spice of dehen el oudh, or oudh oil.

The final and newest chapter of Les Toupies is the Fanfan and Galileo, the most curved and rounded flacons of the collection. The Galileo is a patchouli-heavy European scent with Italian mandarin and tobacco, myrrh and amber for decadent intensity. Lavender is echoed in Fanfan, a graceful Parisian perfume kissed by saffron and rose damascena, with Moroccan cedar wood and amber at its heart.

All six scents from the Les Toupies collection are now available at the Henry Jacques boutique at L1-08A Marina Bay Sands Hotel Tower 2.

Behind the scent: Barnabe Fillion on Aesop’s new Othertopias collection