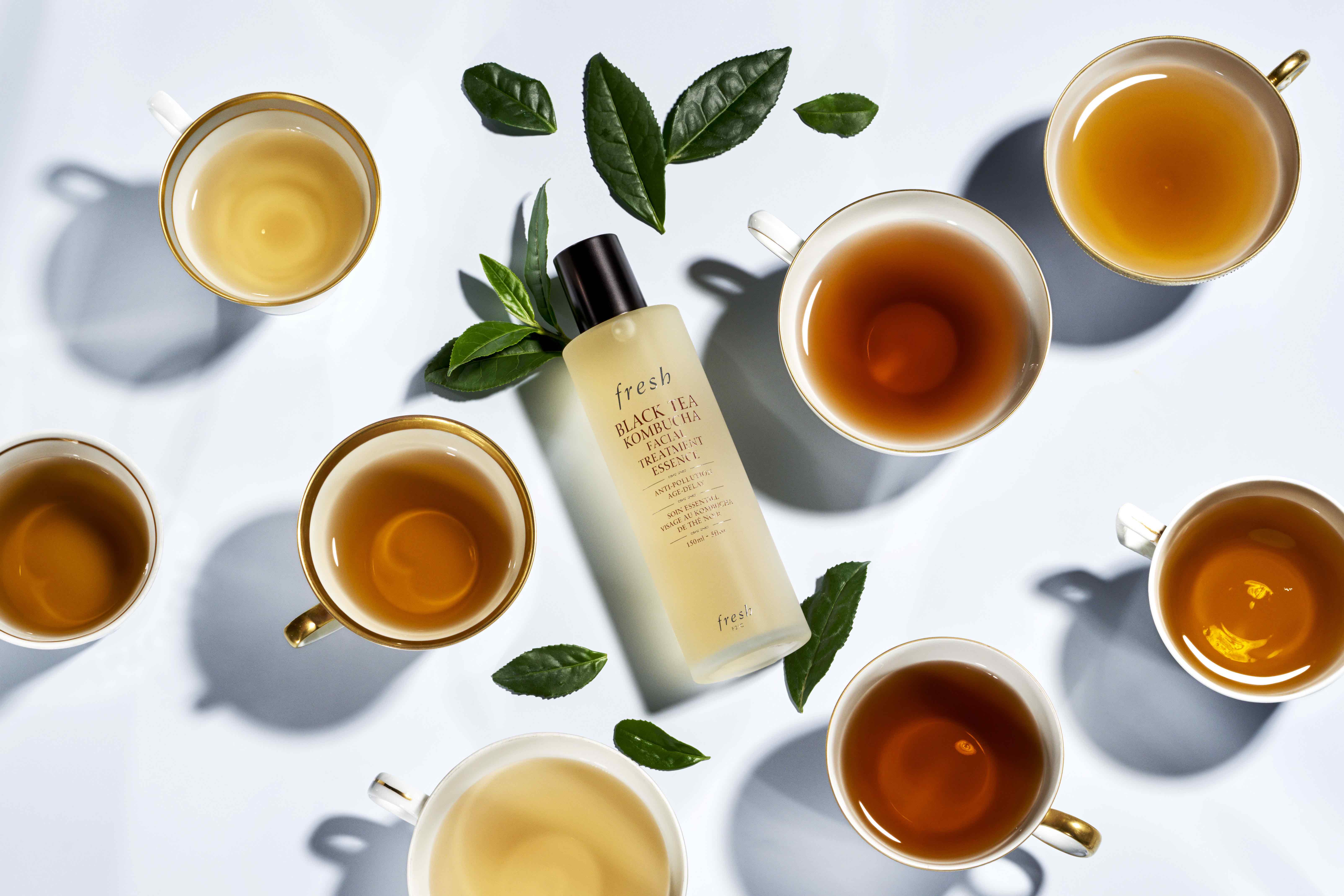 Beauty & Wellness
Is Pollution Ruining Your Skin?
Share
Next article

At first glance, Fresh‘s Black Tea Kombucha Facial Treatment Essence sounds like an easy dupe for the ever-popular cult skincare Facial Treatment Essence from SK-II, which is another post-cleansing product that uses a fermented ingredient – Pitera – as its hero. It may share some of the same anti-ageing claims, but Fresh’s new launch also seeks to solve a few concerns that so far haven’t really been addressed in a skincare market that’s already quite saturated.

Plenty of cream, serums and lotions purport to fight free radicals, but this is, as far as founders Lev Glazman and Alina Roytberg can tell, the first that specifically protects the skin against pollutants: “When free radicals attach to your skin, they oxidise your skin and actually slow its metabolism, creating premature ageing, affecting the colour of your skin, the firmness. But there are other things happening in the atmosphere; there are particles everywhere, they get attached to your skin and they start oxidising, too. So what we were looking for is whether one ingredient can start addressing much deeper issues that exist within the environment. It’s about two lines of defense: free radicals from pollution, and pollutants themselves,” says Glazman.

How important is anti-pollution skincare, though? It’s not exactly touted by dermatologists as a must in the same way sunscreen or a good cleanser are. But people “should be concerned,” says Glazman. “That’s why we’re starting the conversation about it. We’re pioneering something. We’ve made it very clear what our claims are, and what the product does. Sometimes a product comes out of a need, out of a change in the world, and I think when you find out more and more about the nature of pollution and what it consists of, something that the atmospheric particles are implying is that we need a stronger defense. It’s like you don’t know it until you know it, but once you realise it, you know you do need protection. In two years, I guarantee you, everyone is going to be talking about anti-pollution.”

The product launched in Asian markets at the start of this year, and has already become the number-one seller in three key markets: mainland China, Korea and travel retail. “So you know, in K-beauty, they’re going to be copying it like there’s no tomorrow,” says Glazman, laughing. “But the majority of the population of the world lives in populated areas. If you’re a Tibetan monk, unless you live in the jungle, you may not need it … but if you burn wood to warm your home, or use paint, you’re polluting the air. And you see people with rosacea? It’s pollutants, as well as because people are using more aggressive products on their faces. People are careful about what they eat, but the skin is the largest organ of your body, and what you put on it matters.”

“You come from a day walking around cities like Beijing, people are putting on masks to protect their lungs — what’s happening to the skin?” asks Roytberg. “You wipe your face at the end of the day, that’s not just your make-up. If you have your window open in New York, there’s dust on the window. It’s not being alarmist, but realistically, there is a product you can add to your ritual that’s really beneficial because it’s the first product you leave on after cleansing, and that’s a great placement.” It can also, adds Roytberg, be patted on over make-up for a boost, or in case you’ve forgotten to use it beforehand.

But why kombucha? “It’s been 14 years since I discovered kombucha,” explains Glazman, who first put the ingredient in the Black Tea Age Delay line as part of the black-tea ferment. “And from the beginning I thought it was doing something. There’s an energising aspect, but I appreciated what it did for my metabolism. You have that feeling of detoxification. The whole fermentation process is really interesting — how you take black tea, and all of a sudden it becomes rich with other nutrients. Vitamins develop, stronger enzymes. Fermented ingredients are going to be big, big, big. Right now I’m trying to figure out how to get probiotics into skincare. Very interesting, but very difficult to do. But it’s happening.”

And what of SK-II’s similarly named fermented-ingredient product? What of the anticipated comparisons? “Good,” says Glazman. “I used that pretty much when it came out, too. But I don’t think there’s many similarities. Yes, ours also helps with fine lines and wrinkles, but it’s very different. It’s modern — not better, but our claims go specifically after pollution.”

What does wellness look like in 2021, according to experts at Aman, RAKxa and Sangha Retreat

Can sleep trackers really help you get a better night’s rest?

Beauty & Wellness
By ETX Daily Up