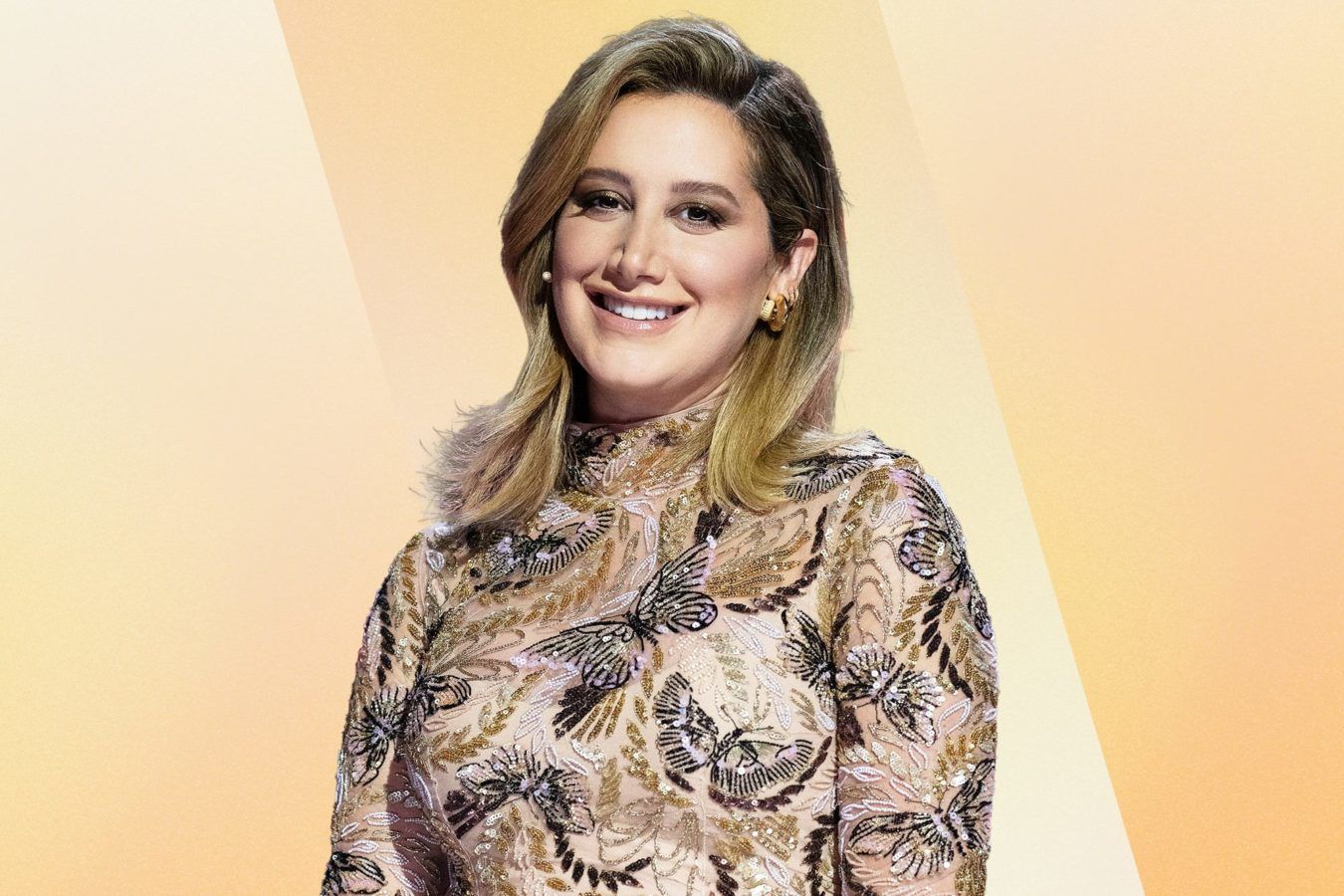 You might know Ashley Tisdale from her High School Musical days. But since then, the actress and singer has released multiple solo albums, created a documentary about the recording process, was cast in an animated series, started her own production company, starred in a hit TV series, and created her own makeup line. But her most recent news was the welcoming of her baby girl, Jupiter Iris French, in March of this past year.

Getting back into exercising post-baby is no joke, and the situation wasn’t any different for Ashley Tisdale. Not to mention, Tisdale mentioned on her Instagram story that years ago she was also told by doctors that she has borderline thyroid disease — meaning, she’s on the edge of being diagnosed for thyroid disease, a condition where your thyroid makes either too much or too little of the important hormones that help regulate your body. While she didn’t need medication to fix the issue, she did need to adjust her diet and exercise regimen to remain healthy. This included switching to lower impact workouts, because any added stress on the body can negatively affect the thyroid. (FYI, exercise triggers the body’s stress response, including secretion of the “stress hormone” cortisol. That’s not usually a bad thing, but when hormone levels are imbalanced to begin with — or if you’re constantly banging out super strenuous workouts — you can have issues with exercise causing a cortisol overload.)

Tisdale’s trainer, Harley Pasternak, has taken this into account when he works with her. In the workouts Pasternak programs for Tisdale, he says he makes sure there’s no pounding on the body, jumping, or high-impact movements — but that doesn’t mean they aren’t effective. These workouts are very specific in targeting the muscles he wants her to hit.

“Because the heart rate doesn’t get too high, there is a lower rate of perceived exertion,” explains Pasternak. “In other words, the workout doesn’t feel too hard, even though it’s getting everything done we need to get done. We can even carry on a conversation the whole time while her butt and hips and arms get totally demolished — in a good way.”

And Tisdale has noticed the difference, too. “Using Harley’s technique helps me reach my goals, but not over exert myself,” wrote Tisdale in a story on her Instagram. And when the new mom pairs her low-impact workouts with 14,000 steps daily, she feels even better.

She took to her Instagram stories to share: “It’s the difference of how I feel. It’s all about moving, finding ways of walking,” she says. “Taking the dogs out with the baby for a stroll, taking meeting while walking versus sitting. It’s honestly what has helped my mental health as well. Having the extra energy from anxiety, just taking a walk and putting on a walking meditation always makes me feel better.”

Pasternak has long been a proponent of walking as a must-have wellness tool, and says it pairs perfectly with low-intensity strength workouts for the actress. Tisdale currently trains with Pasternak three days a week, with the goals of feeling great, moving well, and looking good, while optimising her quality of life. “Ashley has been a client for nearly a decade if not more, and now she’s a mom, so her priorities have shifted,” says Pasternak. “The goal is to create a program for her that is sustainable, enjoyable, and allows her to keep improving forever, because her life is a fun marathon, rather than thinking of it like a sprint.”

In fact, that should be the goal of anyone starting a new workout program. No part of the workout should ever feel too difficult or painful, nor should you create an aversion to any of it. “Everything should feel doable and enjoyable, so individuals enjoy training, and they’re more likely to stick with it and do it longer and more often,” says Pasternak.

Want to give one of Harley’s low-impact workouts a try? Here, he outlines a routine he recently did with Tisdale (and which they both posted on their Instagram stories) so you can see the magic for yourself. The focus is on a lot of glute-strengthening movements with a couple of triceps exercises as well. “All of these promote good posture, and they target the butt, hips, and back of the arms,” says Pasternak.

You’ll need some gym equipment, so try it next time you have access to machines — namely, a cable machine and seated abduction machine — or get creative with these move swaps that let you take advantage with less equipment.

How it works: Do a gentle warm-up. To start, do each of the first three moves below for the indicated number of reps. Then do five rounds of the cable machine circuit.

You’ll need: a cable machine, seated abduction machine, and a pair of dumbbells

A. Lie on the right side with the right forearm on the floor, legs stacked on top of one another, knees bent at 90 degrees.
B. Squeezing glutes, lift bottom hip off the ground and slowly open top knee, while keeping feet together.
C. Slowly lower top knee and hips simultaneously.

A. Lie on the floor in front of the cable machine (head closest to the machine), with a bar attachment on the machine and the cable at one of the bottom settings.
B. Grab the bar with both hands and palms facing away from the face. Keeping the upper arms still and elbows close to body, extend arms, straightening elbows.
C. Slowly bend elbows and let bar raise.

(No machine? Try an external hip raise with a mini resistance band instead.)

A. Sit on a seated abduction machine with pads outside of either knee.
B. Pushing into pads, slowly open legs, then slowly close. Repeat.

(No machine? Strap ankle weights onto your ankles and do this same circuit but without the cable machine.)

A. Lie in front of the cable machine (with feet closest to the machine), knees bent, feet flat on the floor.
B. The cables should be in the lowest position; wrap a Velcro cable strap around each ankle. Press into the floor to lift hips up toward the ceiling, engaging glutes.
C. Lower hips to return to start.

A. In the same position, hold a dumbbell in either hand, pressing them directly above chest, palms facing in.
B. Keeping upper arm still, bend elbows and slowly lower dumbbells towards ears.
C. Engage triceps to lift dumbbells back to start.

A. Then, in the same position, with cable ankle straps still around either ankle, extend legs up so bottoms of feet point toward the ceiling.
B. Slowly open and close legs, pulling against the resistance of the cable machine.

Do 5 rounds of the circuit.