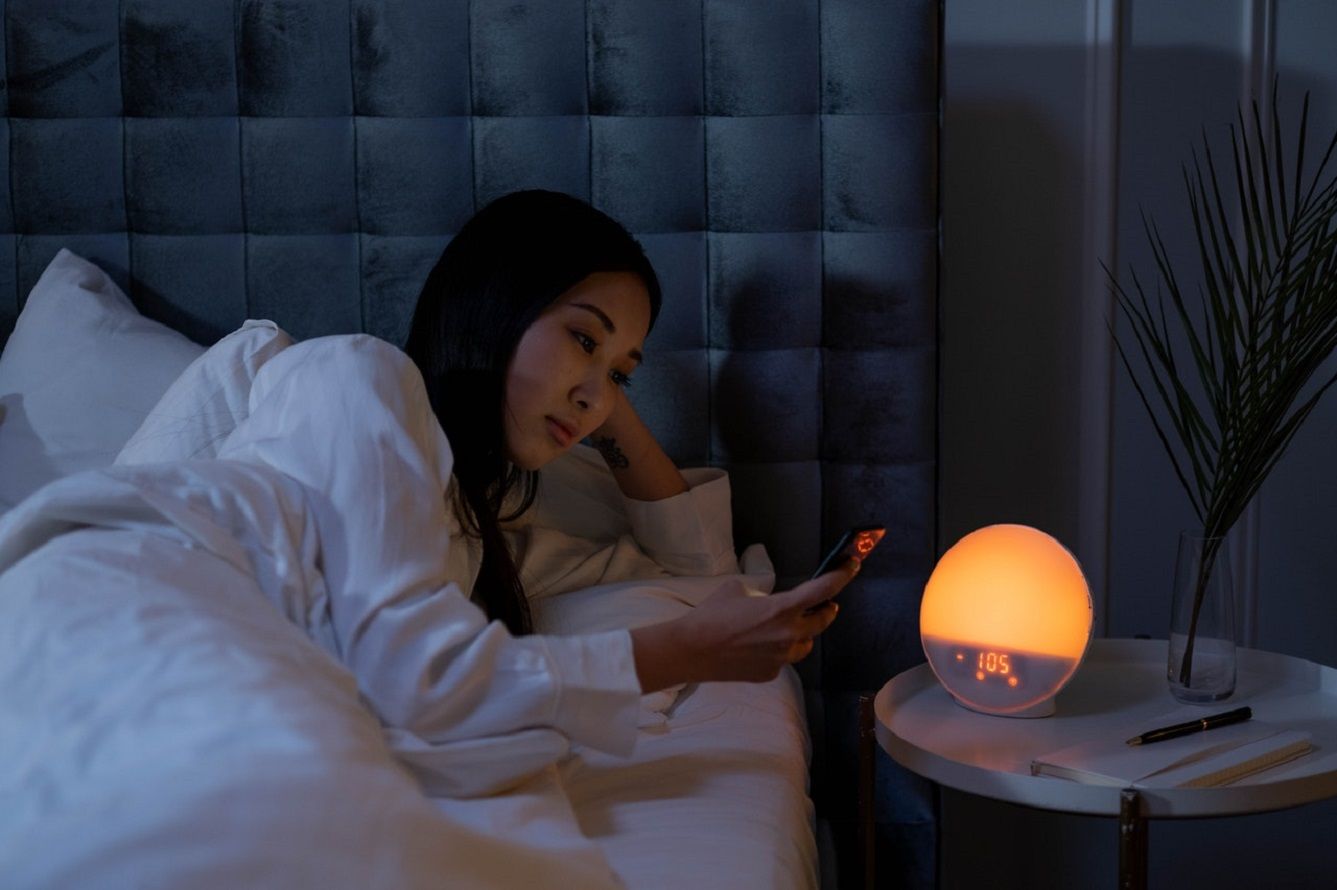 Living through a pandemic is exhausting, but with fewer activities and events happening all year, you’d think it would be the perfect excuse to start prioritising sleep. So why do you find yourself putting off your bedtime — scrolling through social media, clicking on yet another episode of Bling Empire on Netflix, or reading a book all the way to the end instead of swanning off to dreamland the second your head hits the pillow?

What is revenge bedtime procrastination?

This refusal to shut your eyes when you know you should is an actual psychological phenomenon called “revenge bedtime procrastination.” The term “bedtime procrastination” first surfaced in a 2014 study from the Netherlands. With the addition of “revenge,” the term started appearing on the internet in China in 2016. It was finally introduced to English speakers last summer by writer Daphne K. Lee, who defined it on Twitter as “a phenomenon in which people who don’t have much control over their daytime life refuse to sleep early in order to regain some sense of freedom during late night hours.”

And that’s understandable. “Me time” seems to be at a premium these days, what with working from home, working out from home, schooling your kids from home, and generally dealing with day-to-day stressors. “The boundaries between work and home life are blurred right now, and work responsibilities have grown and taken the space that used to exist for commutes, lunch breaks, and moments for co-worker connections,” Sabrina Romanoff, a clinical psychologist at Lenox Hill Hospital in New York City, tells Health. “Without this buffer, life would comprise of work and sleep.”

And so revenge bedtime procrastination seems like a way to take back part of your day for self-indulgent, low-demand activities—like mindlessly watching Instagram stories or crushing candy on an app.

Putting off our bedtime isn’t as harmless as it sounds. Sleep is a fundamental, preprogrammed survival skill in humans, Abhinav Singh, MD, a sleep physician and medical director of the Indiana Sleep Center in Greenwood, Indiana, tells Health. “People look at sleep like it’s for the brain only—like, if I just shut my eyes, I’ll wake up refreshed—not realising that it’s a head-to-toe thing,” says Singh.

Lack of sleep affects your working memory; it’s also been shown to negatively affect alertness, reasoning, and reaction times. Sleep deprivation is also closely linked to mental health issues like anxiety and depression (both of which are on the rise thanks to COVID-19). One scientific review actually found that people who experience insomnia have a two-fold risk of developing depression over those who don’t have problems sleeping.

Not getting enough sleep can also weaken your immune system—a major issue right now. “You’re actually four times more likely to get the common cold if you get less than six hours of sleep a night,” says Dr Singh. And getting enough sleep could be crucial vaccine effectiveness; one 2020 study found those who slept less before getting a flu shot developed fewer protective antibodies from the vaccine compared to those who slept longer. “Chronically sleeping less than six hours [per night] gives you almost a three to five times higher likelihood of mortality in the next five years,” he says. “I get it, wanting that extra time to catch up, but you pay a price for that.”

How to stop revenge bedtime procrastination

We live in this instant gratification culture, Dr Singh says, and you expect to fall asleep the second your head hits the pillow. But sleep is a process. “Think of it like a flight,” he suggests. “When your flight has a 10 pm departure, you don’t get to the airport at 10, you’re there at 9 pm or 9:30.”

So instead of resisting your bedtime when it rolls around, prepare for it ahead of time. “I have a four-step routine: shower, journal, read, breathe,” says Dr Singh. Creating a similar routine for yourself “gives you time to wind down and start to slow your brain down a bit,” he adds. In other words, it allows you to welcome sleep, instead of trying to force it.

Your sleep environment is also important. Reserve your bed for sleep and sex only, making it a sacred place your brain immediately associates with rest. The more time you spend in bed awake, the less likely you’ll be able to fall asleep when you want to. During work hours, Romanoff suggests recreating your former work setting in your home office or living room as much as possible. “Was work often a few degrees colder? Were the lights brighter? Transforming the space will help create differentiation between work, home, and bedtime activities,” she explains.

Consistency is key. “Set an alarm for a bedtime that provides you with sufficient shuteye every day of the week,” suggests Cralle—and stick to it. “When we are fueled with sufficient sleep, our waking hours will be better and we will likely have more time for me time, because when we’re functioning in a well-rested state, we are more efficient, accurate, focused, clear-headed, productive, motivated, energised, healthy, and happy,” she explains.

Even the awareness of what you’re doing—and how harmful it can be long-term — can help. “The more we know about sleep, the more we will prioritise it,” says Cralle.

To get our top stories delivered to your inbox, sign up for the Healthy Living newsletter