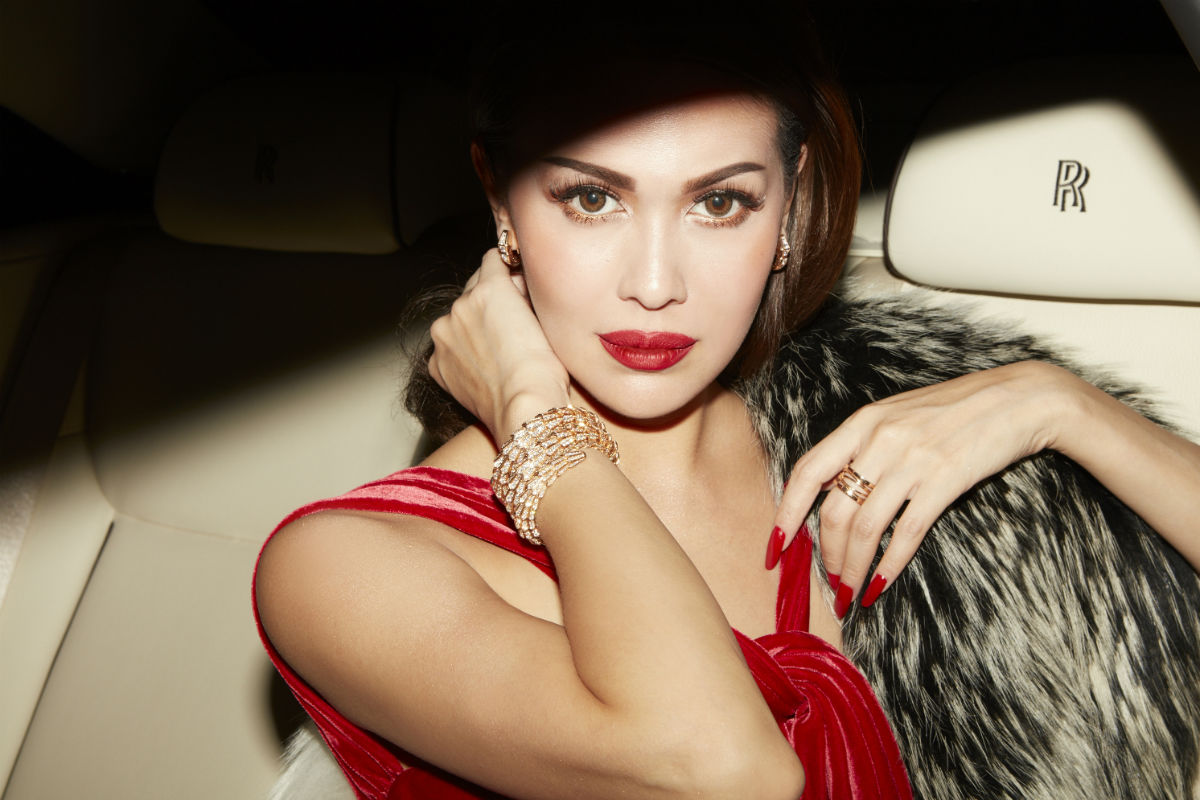 Vatanika Patamasingha Na Ayudhaya may already bare so much, albeit only physically, on her Instagram. Yet, the fact that she still keeps so much more to herself makes the fashion designer a mysterious femme fatale of the Thai social circle. Guys are smitten by her while girls can’t get enough of her. And with everybody wanting a piece of Vatanika, she aptly feeds them what they desire: a weekly reality TV show that gives the world a glimpse of her ritzy, larger-than-life day-to-day.

In This Is Me Vatanika, which was first aired on August 10, the racy designer gives people the flashy and flamboyant Vatanika they always want to see, and steals their hearts once again with the Vatanika they have never expected to see. The no-makeup, bald-brow Vatanika wearing a bowl cut wig. The Vatanika who can’t kick an old habit of storing her cash in the fridge. The Vatanika who rides a motorbike to a business meeting when she’s running late. The Thai netizens keep coming back to her Youtube channel every Friday at 18:49 to get a closer look at the fancy life of the style virtuoso who have dressed a handful of global A-listers including Gigi Hadid, Hailey Baldwin, Kylie Jenner, Ariana Grande, Jennifer Lopez and Kate Beckinsale, to name but a few.

Prestige sits with Vatanika and unearths 6 surprising secrets of the talented designer and contemporary icon.

1. Cheese is her biggest indulgence.

Seeing Vatanika today, it’s hard to imagine her high-school version as anything but a queen bee or a diva. Surprisingly, she’s none of those. “I was a fat kid who ate grilled pork and sticky rice at the back of the classroom and I’m still a fat kid at heart,” she said in an interview.

Apart from admitting in an interview with Prestige back in 2016 that she’s obsessed with astrology, Vatanika also takes advice from her fortune-teller pretty seriously. She has adopted red, the colour she’s not particularly fond of, in her collection after being told that it’s her lucky colour. That aside, the designer also makes sure she has something red on her for any important occasion.

3. Her most embarrassing guilty pleasure is eating chocolate cake from the bin.

“It’s 3am and I was dead drunk from a night out. I was so hungry and I wasn’t in my right mind,” she said of her mischief.

Vatanika’s public wardrobe are made up of figure-hugging dresses in lace, silk and velvet with fringes and leather details. However, she admits to wearing white shirt and tapered trousers to the office if she’s not expecting any guest. “I still wear the same uniform I wore when I first started as designer. I think sometimes, white shirt and black trousers are even sexier than mini-dresses.”

5. Her favourite designs rarely make it to the racks.

“What I love most hardly gets produced. All my friends will be like, ‘Oh you like that? Then we’re not producing it!’ Sadly, they always get it right when it comes to what would sell well. And I always get it wrong.”

6. She sometimes needs an approval from her friends/ Vatanika brand execs before posting a photo.

In Episode 3 of This Is Me Vatanika, the designer is described as “property” of the company by her CEO friend. Same goes with her personal social media account and activities, which are closely monitored by her friends who are all executives at the company. “They screen all my posts. Sometimes I have to do a picture over and over again until all of them are happy. I was even ordered to delete the photos I’d already posted because they didn’t think it’s good.”