Anthea Ong advocates for workplace wellness through tea and travel 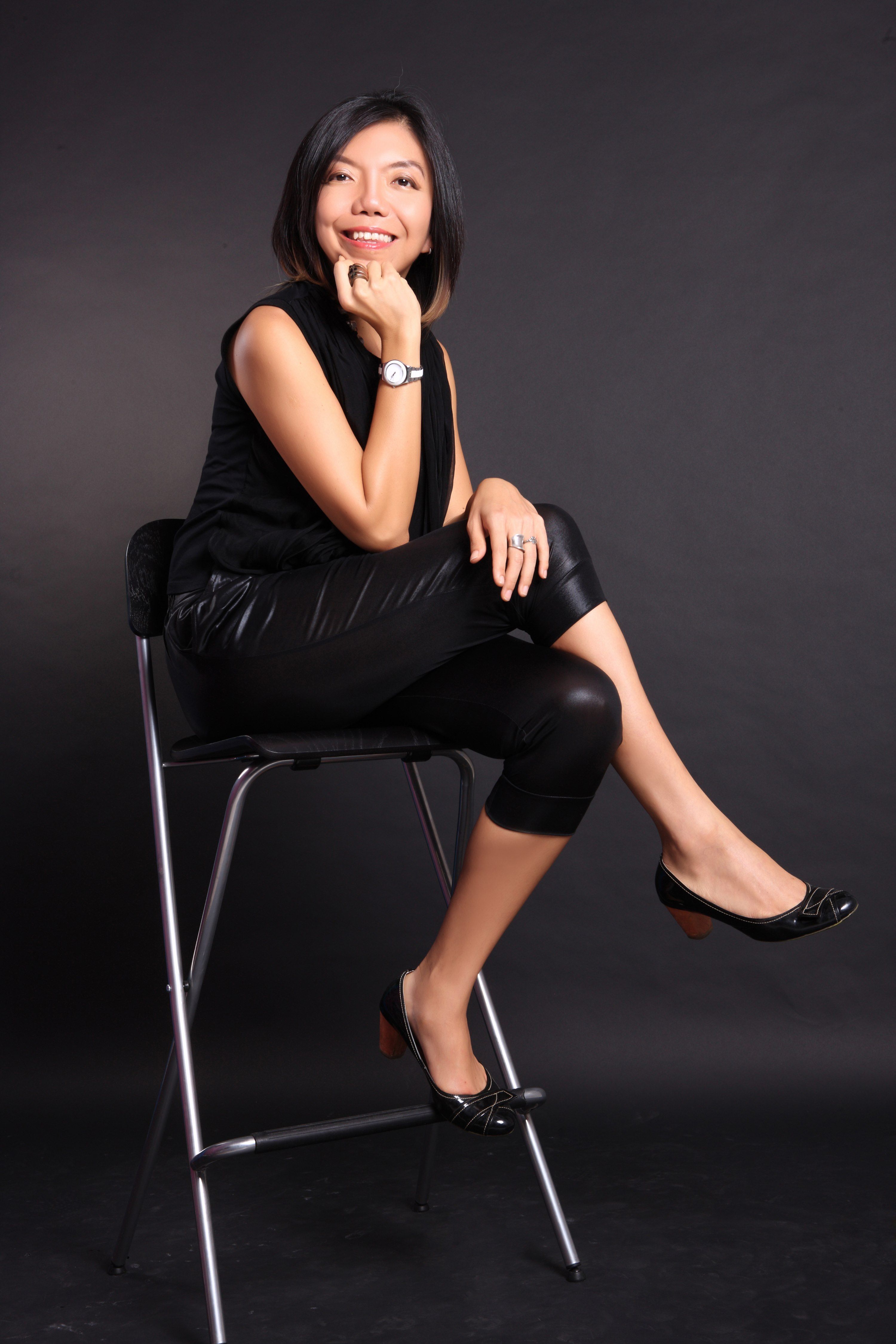 While most entrepreneurs refuse to let their failures define them, Anthea Ong embraces hers — fully aware that she’s more than that.

Her philosophy right now is that she is here to serve a larger purpose beyond herself, though she had to realise her potential and gifts first. “It’s what Abraham Maslow added in the last years of his life to his hierarchy of needs above ‘self-actualisation’ called transcendence,” the prolific social entrepreneur explains.

Back in the day, Anthea Ong started her fledgling career in finance and quickly rose to become one of the top guns at several multinational firms, taking home five-figure salaries before she even reached 30. But sadly, her downfall came as swiftly as her climb up the corporate ladder.

Her forays into the world of tech proved a lapse in judgement. Yet, it was her ill-starred marriage that completely destroyed her. “[I was] broken to the core as a woman,” she shares about her mangled matrimony due to her ex-husband’s unfaithfulness.

But the messy divorce not only left her broken, it also left her broke after multiple lawsuits. At her nethermost, she saw only $16 to her name.

Thankfully, Ong’s journey didn’t end there. The now 50-year-old Singaporean writes on her blog, “When there was nothing more to lose, I was given everything.”

Anthea Ong credits yoga and meditation with keeping her from a full-on mental collapse. She soon bounced back into the corporate world, but it was not long before she decided to wholly devote her time to being an inspirational life coach and yoga instructor. She has also served as a board member in various non-profits such as NVPC and Daughters of Tomorrow.

The entrepreneur spirit in Ong then founded a string of community-driven development initiatives. One of them is Hush, the Silent TeaBar. “It’s about silence and this name actually came to me in one of my meditation sessions at dawn,” Ong explains.

A social movement, Hush brings together the world of the hearing and the deaf. It hires the deaf as “TeaRistas”, who will guide participants through a tea reflection session. To date, Hush has impacted almost 2,500 employees during its Hush@Workplace workshops.

Having gone through the detrimentally demanding drudge of holding a high-flying job herself, Anthea Ong can empathise with her clients’ pressures and labour pains. She recalls some important breakthroughs she’s seen among participants during the Hush@Workplace sessions: “A doctor of 35 years was asked to wear ear plugs (all Hushers do so for the Hush Experience as an immersive empathy with the deaf). This doctor shared how it was the first time he listened to his own heartbeat, ever, even though he listens to others all the time. His voice choked with emotion. And there was a certain understanding from the other Hushers — how often we run on empty and forget to listen to ourselves.

“There’s also another who’s a top leader at Ministry of Transport. When Hush was integrated as part of the Ministry’s four-day residential leadership development programme, this person brought laughter but also deep resonance with other leaders when he shared how he saw his fishing rod that has been sitting in his storeroom for the first time in 25 years! His takeaway was that how did life become all work and no play when fishing makes him come alive?”

In Anthea Ong’s case, travel is what makes her come alive. She’s mounted Machu Picchu and the Everest Base Camp. Most recently, she’s been accepted to join the Leadership on the Edge Antarctica Expedition with Sir Robert Swan. But instead of “just going and coming back from the epic experience”, she saw a golden opportunity to raise awareness and issue a clarion call for self-care and workplace wellness in Singapore.

“There’s still so much stigma with mental health issues and our society is generally still in denial of the mental health epidemic that’s already upon us. This is a pressing social challenge that we shouldn’t just sweep under the carpet,” Ong urges. “Having spent most of my life in the corporate sector holding senior leadership positions, I have a clear vision that businesses can be a force of good. Big organisations, especially, have the organised structures to change mind-sets and move the needle in action and impact.”

Ong thus decided to launch the “Dare to Care” campaign. She hopes to rally 50 leaders in corporations to commit to bringing self-care to the workplace through Hush before she leaves for Antarctica on February 25. She’s also planning to convene a WorkWell Influence Group, comprising the existing 100 Hush@Workplace leaders (from DBS, PWC, Google, NUH, Converse and many more), kicking off with a luncheon on May 4, 2018. This is a step towards co-creating a sustainable workplace wellness blueprint for Singapore.

According to a survey done by the Health Promotion Board in 2014, one in four Singaporean workers have reported high stress levels at work. Local psychiatrists have also shared that 90 per cent of their patients are grappling with mental health issues caused by stresses from work.

We talk to Anthea Ong about her self-discovery journey so far and the ways in which she de-stresses.

Why open a tea bar instead of one that focuses on other beverages?
First, I love tea because it runs in my veins. My beloved Ah Gong (Dad’s father), who passed on at 91 in 1998, was born in Singapore and a Chinese teacher. He made sure we never forget our roots even as Singapore was becoming heavily Western-influenced. Every evening after dinner, he would make Chinese tea in the traditional way, with the kettle boiling on the charcoal stove next to him. I remember being especially curious and would always be in awe of the way he made tea with so much poise yet with ease. Dad is also a Chinese tea lover and still drinks it every day and is an active ager at 80 — and I am the one in my generation carrying on this love.

How important is exploration to you?
The farther I travel out, the deeper I travel in — that’s how important exploration is to me in my path of growth and personal mastery. When I walked out of my marriage, I also made a vow to myself to not jump back into dating but to use the opportunity to be my best friend, lover and partner. Because we are conditioned to seek that eternal love outside when actually the only love that’s eternal is the one we have for ourselves — that’s the greatest romance. This is different from narcissism. In fact, when we love ourselves in the most authentic and honest way, humility is a natural state of being.

I’m also deeply in love with the great outdoors. Someone once said “I believe in God, I just spell it nature” — that’s me. I find deep spirituality in being with nature. Five years ago, one of the Mayan elders whose fire ceremonies I was partaking in — okay, I gate-crashed — in Guatemala looked at me wistfully and said “Anthea, you get your wisdom from travels.” So since then, and being a fan of Socrates, I have extended his saying that “Wisdom begins in wonder” to “Wisdom begins in wonder, and wander.”

What are you doing to prepare for the Antarctica expedition and what are the conditions you’ll be expecting from the 12-day hike?
I should be doing more but the expedition leaders assured me that my current regime of almost-daily yoga and weekly beach run should put me in good stead.

When I’m there, it’ll be summer in the Southern Hemisphere, which is the only time mere mortals like us can visit anyway. I am told the temperature could dip to -5 to -10 degrees C but I think it’s the winds that we are more concerned about, given how barren the land is. Also, crossing the infamous Drake Passage, known as the stormiest waters in the world, for two days from Ushuaia, Argentina before we get to the Antarctica continent is apparently a rite of passage in itself!

As part of the conservation treaty, we are only allowed to be on the continent for five hours a day so our daily hike should be manageable. I’m not exactly sure what or where we’ll be covering over the 12 days but we are not staying put on the continent as we are not allowed to unless we are scientists based at the research stations.

Who are you most excited to meet among the other 80 selected global change-makers at the expedition?
A few months ago, I was informed by the expedition leader that 20 countries would be represented by these 80 explorers. There are many change-makers who are climate change advocates and doing amazing work in this area but I’m most looking forward to meeting the 13-year-old from India who crowdfunded the entire expedition fee (US$11,000-$17,000)! There are teams of people from Google and Shell, and also human rights documentary filmmakers who would all make great conversations.

Your best way to de-stress?
Meditation. I have been meditating almost twice a day for the last 12 years. And also books. I have lots of them lying around The Bliss Loft a.k.a. my humble abode. It’s part of my explorer state of being — books tease my imagination constantly and keeps me asking questions.

In the last four years or so, I also started hugging trees for about 15-20 minutes each. I have a regular tree that I hug at the East Coast Beach, which is just across from The Bliss Loft. And then, there are good films that I watch although I don’t watch TV shows. I don’t have a TV in the house.

“I started hugging trees for about 15-20 minutes each. I have a regular tree that I hug at the East Coast Beach.”  — Anthea Ong

Above all, at this stage in my life, I deeply enjoy my time with my parents every Sunday when I go over for lunch. I’m pampered by Mum’s phenomenal cooking. She’s Nonya and is a genius at making local hawker fare — vegan style, no less, for me, without mocks! I also enjoy sitting quietly next to Dad as we read different sections of the newspaper together.

What’s your favourite thing about yourself?
What a great question! I think it’s easy to love and harder to like. So I will interpret your question as the thing I like most about myself: I like how Anthea smiles to everyone regardless of race, creed, class. With this smile, I like how Anthea puts people at ease which then opens up that space for genuine connections and authentic conversations.

What would be the title of your autobiography?
“Wisdom begins in wonder, wander and silence”. It’ll describe my curiosity and love for learning; my intrepid traveling — both inside and out; and my love for meditation, that stillness and reflection.

SEE ALSO: Lady Kinvara Balfour is so much more than just a Lady