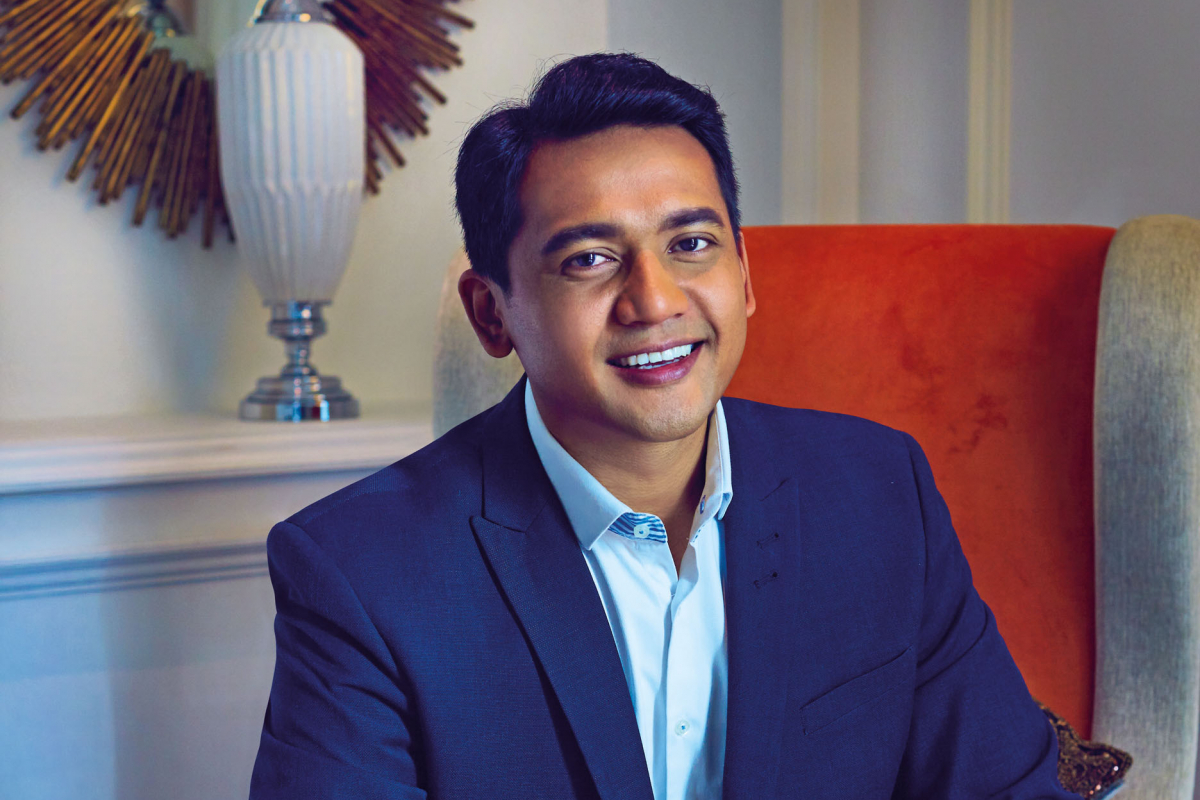 When C-Suites Give Back: Suhaimi Zainul-Abidin is a professional do-gooder

People & Events
When C-Suites Give Back: Suhaimi Zainul-Abidin is a professional do-gooder
Share
Next article

What good have you done today? If you are struggling for an answer, Suhaimi Zainul-Abidin offers: “I’ve been raised to believe that even a smile can be an act of kindness.”

Suhaimi is not only generous with his smiles. The CEO of fund manager Quantedge Capital, who is a lawyer by training, also gives back with his time and knowledge.

In addition to serving as director of Quantedge Foundation, he also holds appointments in organisations such as Charity Council, Mendaki Social Enterprise Network and SkillsFuture Singapore Agency. Through the connection of Tan Chin Hwee, who mentored the founder of Quantedge Capital, Suhaimi has also been helping the Community Chest (ComChest) by actively participating in the Venture Philanthropy Partners discussion, which led to new projects like Project Elevate and the new Onefor10 initiative.

“Most organisations approach me largely because of my legal background,” says Suhaimi Zainul-Abidin. “I try to help, as long as I think I can commit the necessary time to perform the responsibilities, and if I think I can learn from the opportunity.”

It stems from his philosophy of “giving well”, which he tries to cultivate at Quantedge Foundation. “We strive to achieve as much as we can, with the resources we have. An effective approach to philanthropy requires dedication to delivering long-term sustainable change by addressing root causes and underlying issues. I think that is the best way to make the world a better place.”

The journey, he says, will be more fruitful if you surround yourself with people who believe in the same cause(s), referencing the African proverb, “if you want to go far, go together”.

He is especially drawn to socio-economic imbalance and social immobility. These are two concerns of Quantedge Foundation, which endeavours to maximise every Singaporean’s potential so as to ensure no one gets left behind.

“The reality is that children from lower-income families have an immense uphill task trying to compete in our education system. There are complex familial issues involved and they generally receive less guidance and mentorship to set them on the appropriate path,” he explains.

“If we can help children from such families break out from inter-generational poverty and achieve upward social mobility, Singapore’s future will become more robust. We will have a more educated, future-ready and resilient population, and we can reduce downstream societal problems.”

Suhaimi Zainul-Abidin is eloquent not just when he’s outlining social issues; he is forthcoming even when admitting that juggling his various duties and commitments has been tough.

“I have to make sacrifices and I always feel like I am about to drop a ball. You need to stretch and maximise your day, and accomplish as much as you can. But it is possible when you have family, friends and colleagues who are willing to support you. And I have been very lucky in that respect.”

What heartens him is seeing the pool of volunteers grow, especially among young professionals. He credits Singapore’s educational institutions for exposing students to social issues and equity, and the importance of making a difference.

Suhaimi Zainul-Abidin feels there is more to gain when one gets involved with philanthropy earlier than later in life. So he’s started talking about it to his children, aged five and three.

He tries to involve them in charity events and explains to them about struggles people around the world face. “I am not sure how much of what I say sinks in. But I am thankful they have more than what my wife and I ever had when we were growing up. I also want them to know they don’t need to have much in order to help someone in need.”

Another issue close to Suhaimi’s heart is the lack of minority representation on boards, both in the for- and non-profit sectors, never mind the countless benefits that diversity brings. He believes that different races, religions, genders, ages and backgrounds inspire greater creativity and innovation, and allows an organisation to better represent its stakeholders.

He hopes to see more young professionals from minority races volunteering for positions of leadership in charities and non-profit organisations. This is an opportunity, he adds, to shape the future of our society.

“Everyone has a role to play towards greater social equity and social justice; the more privileged you are, the bigger your responsibility. I have learnt so much from volunteering and giving,” says Suhaimi Zainul-Abidin. “It’s made me a better person, manager and leader, and hopefully a better husband, father, brother and son.”

SEE ALSO: WHEN C-SUITES GIVE BACK: Pearlyn Phau, managing director of DBS Bank (3of6)

Sign up to get the latest luxury and lifestyle news delivered to your inbox.
Low Shi Ping
people