Catching up with Dick Lee 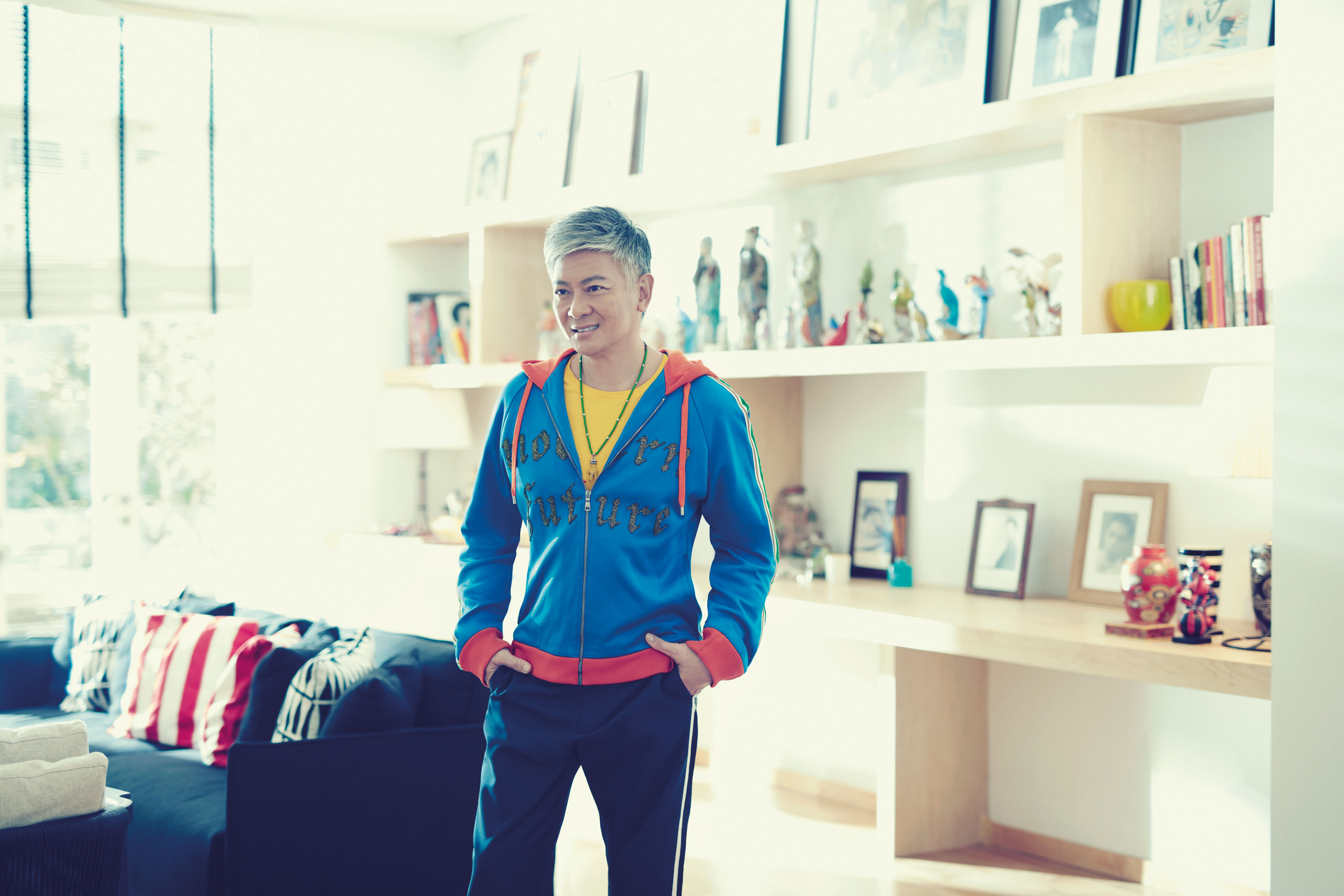 People & Events
Catching up with Dick Lee
Share
Next article

This earworm has returned (and if the chorus is now stuck in your head, you’re welcome). The quirky tune from 1986 about a down-and-out but shrewd restaurateur has been remade with a full music video, but instead of its composer and original singer, Dick Lee, fronting the four-minute clip, we see Benjamin Kheng, the singer–keyboardist–guitarist of local band The Sam Willows, portraying the Singapore music icon as a teen — bowl cut, thick plastic rimmed glasses, 1970s wide-collar printed shirts and all.

Kheng also spends a full 95 minutes playing Lee on the silver screen. In Wonder Boy, which premieres August 3, we are brought back to the beginning for an almost-firsthand look at events that led up to Lee’s first album, Life Story (1974), in all the era’s sepia-toned glory.

This time, Lee stayed behind the camera for his directorial debut. “It’s so late in my career, but it’s never too late,” says Lee, who turns 61 on August 24. He has spent decades as a prolific singer, songwriter, composer, playwright, designer and fashionista extraordinaire, but to make up for his lack of familiarity with movie-making, Lee invited Daniel Yam to be his co-director (it was Yam who insisted on backup takes, which Lee would later concede its wisdom).

“Everyone told me before I started that I was going to hate the long filming schedule,” Lee says of the 18 days spent shooting in Penang. “It was gruelling, but it was really enjoyable, so I didn’t feel it was tough. Filming in Penang was amazing, because Penang laksa was a daily [meal],” he laughs.

Relying on his experience directing revivals of two musicals he’d written, Hot Pants and Beauty World, Lee dived right into composing his shots with an artistic eye. One thing he had to learn on the job, however, was to yell “Cut!” and “Action!” with gusto, an uncommon practice in theatre circles.

“I was so shy, and in the first few days I would be going, ‘OK, cut’ [in a loud whisper] and nobody heard me,” he says. “But after the first week I was screaming it out.”

From being reluctant to take on a film project — “It’s not something I’d always wanted to do; I thought it was daunting and I didn’t have the patience” — Lee has done an about-turn. Soon after wrapping Wonder Boy, he was approached by an established company (he declines to say which) to direct one of its projects.

“I thought [making Wonder Boy] was just part of a bucket list. But now I’m hooked,” Lee says. “Seeing the whole thing come to life from words on a page, being able to create the visuals…you feel like God.”

Wonder Boy is an ironic title for this movie for Lee, who has openly discussed the struggles of landing his break as an artist. In his 2004 autobiography, The Adventures of the Mad Chinaman, he detailed the long, arduous path he took to become a full-time musician: Entering talent competitions in 1971 with his friends in the quartet Harmony; snagging a spot on a New Year’s Eve television show with his four siblings (John, Andrew, Peter and Patricia) as Dick and the Gang; and landing a gig as the guest artiste on a music contest, thereby earning the admiration of Vernon Cornelius and then record company executive Ross Barnett.

“When we were young, we all had these dreams of being superstars and it was impossible at that time,” Lee says. “You’ll see in the film that [my] character is over-confident, quite cocky. He’s not nice at the start because he thinks he’s a wonder boy lah, then he starts to understand how difficult the going is.”

Lee kept the movie faithful to the era, a dark, gritty period for teenagers when cannabis was cheap and readily available at sarabat (drinks) stalls down the road from his school, St Joseph’s Institution, at Bras Basah Road. “Because of the crackdown on drugs, rock concerts were banned…it became taboo to like rock music, and if you played guitar, people thought you were doing drugs.”

Yet he started a band. “Well, I was taking it, ha!” Lee chuckles. “But not in a serious way — I wasn’t addicted or a heavy user — it was just peer pressure.”

The trying times also saw him and his peers amp up the rebelliousness in reaction to strict rules and societal norms. “We knew [national service] was coming, so it was a sense of having these few years to live it up.”

While Wonder Boy doesn’t gloss over the tense, emotional moments of Lee’s younger days — locking horns with his parents, arguing with his beloved sister, making a scene, and being difficult — it is above all about fighting to make music when it seemed a hopeless cause.

“The theme of the film is following your dreams and your heart, which is still true of me today,” Lee lets on. “This is something that I’m able to do at this age and at this late part of my career, and — thank goodness — I have always been able to. I never gave up and I kept doing what I believe in.”

Lee took a while — 16 years, to be exact — to finally get to where he had dreamt of as a teen. He embarked on a full-time music career when he was 34, “very late in my life, when everyone said, ‘Are you crazy? So old then become a pop star?’” Life Story was followed by six albums, which registered “whatever few hundred copies” in sales, released while he juggled his part-time music endeavours with running an events company, opening shops, and orchestrating fashion shows. The Mad Chinaman, released in 1989, went platinum in three months and caught the attention of Japanese producers.

“[What kept me fighting was] wanting to make a mark as a singer or songwriter, and to say something original,” Lee adds. Not satisfied with performing covers at talent contests and playing requests in bars (especially not My Way), Lee turned to his idols, such as Elton John, and sought to add a local twist to the singer–songwriter model, which eventually led to the infectiously catchy Fried Rice Paradise. It became Lee’s way of singing in his own language.

“Being Singaporean and having your own sound is more important and more recognisable, and that led to my going to Japan,” he says. “They wouldn’t have been interested if I sounded like a carbon copy of Elton John, because we already have Elton John, so I respected that and have tried to do that through my whole career.”

“But I think why I have a long career is because I’m unashamedly Singaporean — it’s evident in everything I do, and I think that has sustained me.”

As unashamedly Singaporean as…

“Fried Rice Paradise
‘Shiok’ is how it’s been described
Booked a table? — very wise
That is what I would do”