Don’t Call Me Mrs Rogers: Paige Parker’s Side Of The Story 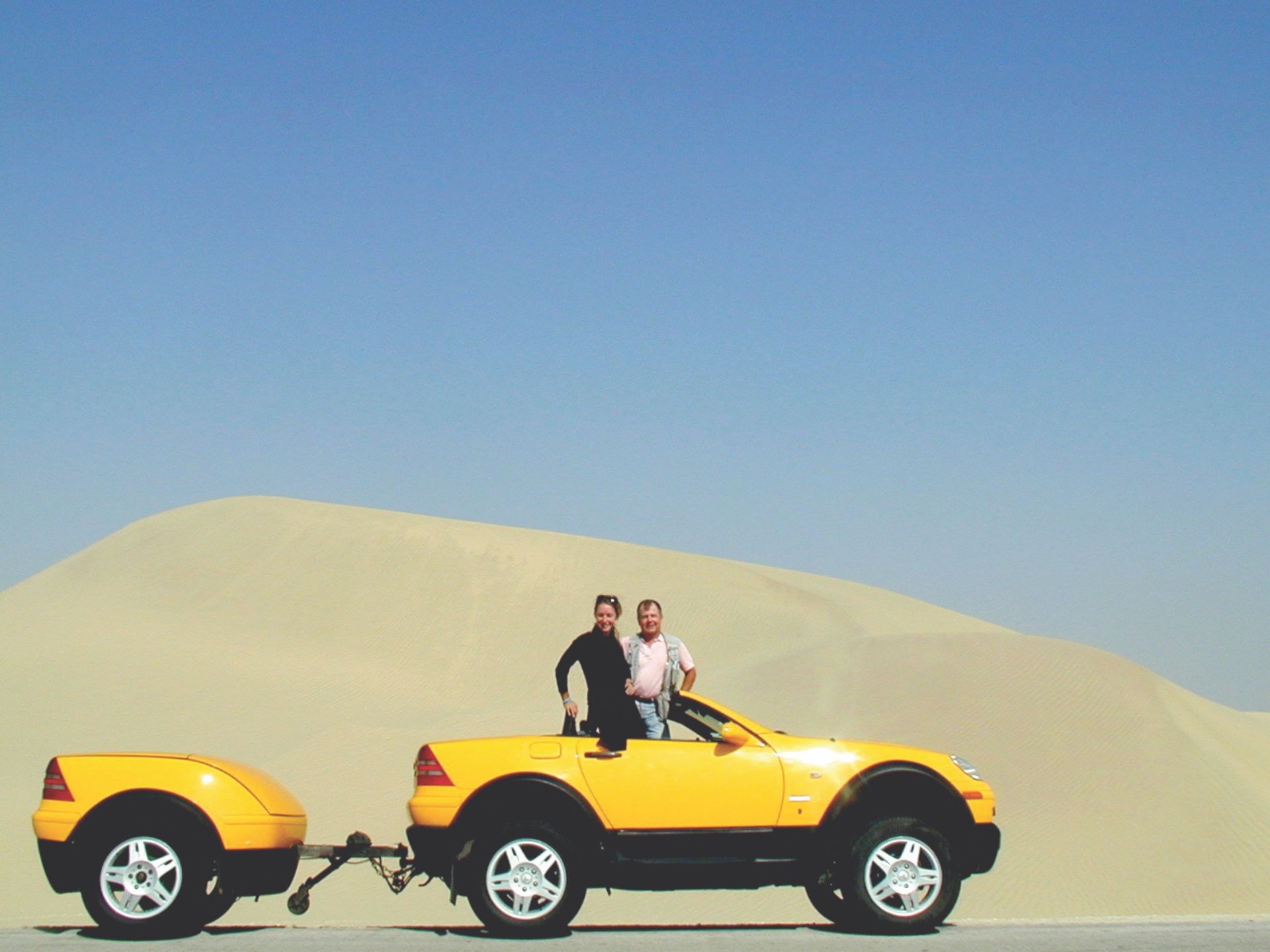 People & Events
Don’t Call Me Mrs Rogers: Paige Parker’s Side Of The Story
Share
Next article

Yes, she’s happily married to Jim Rogers, the swashbuckling American investor-adventurer, for 18 years — they tied the knot right at the turn of the millennium, in the middle of an epic overland journey around the world together — yet Parker, whom friends describe as an organisational wizard, has her black and white views turned greyer (and according to her, for the better) during those 1,101 days on the road, granting her an open mind and a somewhat matriarchal stance.

Two years before she technically became Mrs Rogers (or not), the small-town Southern belle from North Carolina was relatively untouched by the outside world. The trip evidently changed her life. Driving a bumblebee-yellow four-wheeler custom Mercedes, the power couple started in Iceland in late 1998, when Parker was barely 30. They first went eastward, traversing the former Soviet Union, China, back to Russia, Europe, Africa, Middle East, India and beyond — reaching a record-breaking 116 countries in total. The journey wasn’t easy but the pair remained alive and in love.

Rogers published a book called Adventure Capitalist back in New York City, within a year after the end of their cross-country escapade, but Parker wouldn’t have any of it. In her book, Don’t Call Me Mrs Rogers, which launched this month, 20 years after Rogers’ rendition came out, she wrote, “I knew it wasn’t my story. Were we even in the same car together? It amazed me just how different two people’s takes on a shared experience could be.”

It was then Parker decided to pen her own tale. She went on to write 403 pages but life took a turn and the family, with first daughter Happy in tow, moved to Singapore. “I became pregnant [with second daughter Bee] upon arrival here, and life was busy with Happy starting Nanyang Kindergarten; me volunteering at Nanyang Primary School, then taking care and shuttling around Happy and Bee,” recalls Parker. “Then I spent a few years becoming a gemologist through GIA, and I became more involved with several non-profits here — so, the book remained dormant!”

That was until three years ago when a writer friend encouraged Parker to at least bind the book that was written, if only for her two daughters to cherish later in life. So the action-packed power mum reread her manuscript and condensed it into a book that’s half the pages of its original form, with a stronger story, message and arc. “I knew I should rewrite from present day, living in Singapore,” she says.

“I wanted to show my own personal evolution as well as the epic journey, which shaped me profoundly. I realised it would be better, with more perspective about myself as well as the world. I remembered Karen Blixen did not write Out of Africa until several years later, after all. I wanted to inspire my daughters and others to take a chance and to chart their own lives. And now Epigram has published the book. Voilà!”

Tell us about how you came up with the title of the book.
I’d been working with my editor Eldes Tran at Epigram on titles. We had loads. Ultimately, Edmund Wee, who runs Epigram, decreed: “You must decide by next Wednesday!” I was incredibly stressed, because I didn’t feel we had the right one yet. I was messaging with [my friend] Grace Thomas, who had yet to even read the book, and described the situation. She sent over three suggestions, and “Don’t Call Me Mrs Rogers” resonated with me for a few reasons: It’s spunky and controversial, which always leads to debate, and that is very good for any book. Once the reader delves into my book, she will learn I did not take Jim’s name partly because I never wanted to be lost completely by his enormous brilliance and persona; and I like that the title alludes to a woman not being defined by a man, which is prevalent in the story as well. It makes it clear this is my unique story.

How different is Jim’s story in Adventure Capitalist to yours?
Although we travelled together, there are people and events that he recalls that I don’t at all; and vice versa, of course. Jim’s book focuses more on geopolitics and economics intertwined with adventure, whereas mine is more a memoir, with my personal story a big part of the tale; my relationship with Jim adding some drama; and of course, the countless extraordinary and ordinary women we met out there, everywhere in the 116 countries we visited, who shaped and educated me.

Any writer’s block? If so, how do you push through?
This book has been a labour of love. And honestly, working from notes meant I had a great amount of meat from the beginning, so editing, distilling, shaping and rewriting is what took time. On this final revision, I did try to create more scenes, more narratives, as well as ‘chick-lit’ it up a bit! I stole minutes when I could to write, many after my daughters went to bed at night.

How do you balance the roles as a philanthropist and a writer-observer?
When you read the book, you’ll hear me say often that I was out there to see the world and learn from it, not to change it. But as the story evolves, and certainly now, almost two decades later, I am so much more about changing and doing good than observing. I think there is a time and place for both. We must educate ourselves before we try to shape a story. Leading blindly is dangerous.

I now want to expose the issues that are important to me. And honestly what I do is baby steps, but I don’t think that matters: We must do whatever we can, and some have enormous platforms, while others, like me, have a small one. Yet, if all of us with small platforms use them, the impact isn’t small. I’m happy to talk about why we support the arts when National Arts Council calls on me; I am passionate about Singapore Dance Theatre and delighted to help the company fill seats for performances, gain exposure and raise funds. I am proud to be on the board of the Singapore Committee for UNWomen as we strive to empower women and bring gender equality locally and regionally. All of these, and more, shape me, and this comes through in my writing voice, social media, and activism.

Are you still a dreamer now that all your dreams are realised?
I will always be a dreamer; it’s in my soul, and I don’t think realising one dream or two or fifteen changes the drive and desire in a person. Now, perhaps, many of my dreams involve my daughters: Taking them to the mud mosque in Djenne (Mali) and to the Amalfi Coast and on other meaningful adventures; and most importantly teaching them to be independent, caring, engaged young women who will work hard, drive change, and hopefully create good, while keeping alive a bright curiosity for life. And who knows? Maybe I’ll write another book.

All images used with the permission of Paige Parker and Epigram Books.