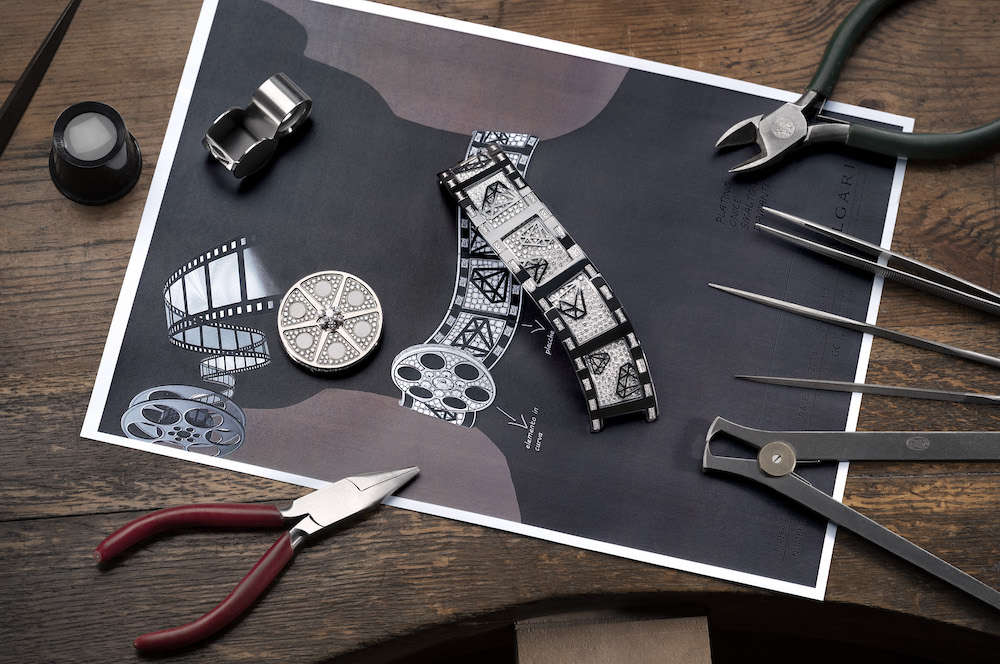 The carefully restored 700-year-old Villa Certosa in Capri, Italy, became the scene of Cinemagia’s debut. An ode to the seventh art and the La Dolce Vita era, Bvlgari’s latest high jewellery collection bears all the hallmarks of the Italian luxury house: incredible gems, unique cuts and unexpected colour combinations, brought together beautifully by 135 years of artisanal savoir faire. The masterpieces made their entrance on a host of celebs, including Kate Hudson and Uma Thurman. Following an exquisite dinner by Chef Luca Fantin of the one-Michelin-starred Il Ristorante, guests went “backstage” into a specially built studio space. To a backdrop of scenes from black- and-white classics, lithe dancers raised the curtain on a stunning three-act runway show in which models razzled and dazzled in the showstopping jewellery. A surprise set by Nicole Scherzinger raised the star wattage a notch, and the night ended with DJ Graziano della Nebbia getting everyone on the dance floor.