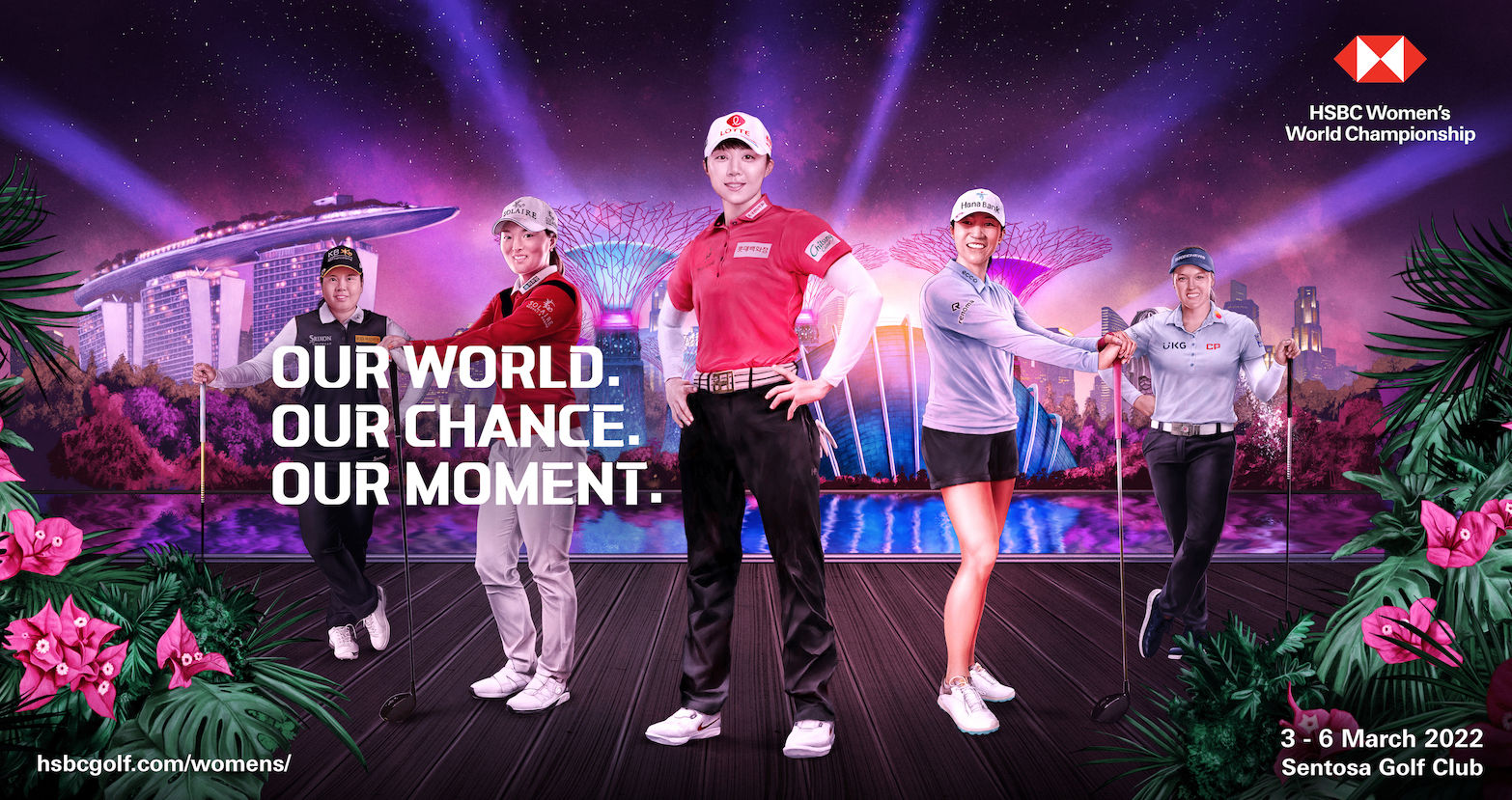 If there’s one golf tournament you’ll want to pay attention to this year, it’s the HSBC Women’s World Championship.

There is, after all, a reason why the annual affair has been nicknamed ‘Asia’s Major’. And if the line-up is anything to go by this year, the heat is seriously on between some of the best female golfers the greens have ever seen.

The highly-anticipated tournament this year will be a four-day extravaganza. Held at the pristine The Tanjong course at Sentosa Golf Club from 3 – 6 March 2022, the cream of the crop will return to vie for the coveted trophy.

Host venue Sentosa Golf Club and tournament partners have come together to make this year’s HSBC Women’s World Championship the most sustainable in the tournament’s history.

Crowned the ‘World’s Best Eco-Friendly Golf Facility’ via the annual World Golf Awards for the second consecutive year, Sentosa Golf Club will continue driving the message of sustainability for this year’s tournament. The picturesque courses, for example, are irrigated by 1,200 water-saving single, head control sprinklers, and is fertilised by food and horticultural waste, the first of its kind in Asia to implement this revolutionary eco-friendly initiative.

The clubhouse too hopes to become carbon neutral this year, and has been employing measures to enhance its energy efficiency. Carbon mitigation measures have been employed to achieve Singapore’s Green Mark (Platinum) certification, which is awarded to exemplary green projects that effectively demonstrate substantial energy and water savings, as well as sustainable building practices and innovative green features.

Sentosa also became the first golf club in the world to sign the UN’s Sports for Climate Action Initiative, which inspires the rest of the sports industry and their communities on a path to achieving global climate goals established by world leaders at the Paris Agreement in 2016.

Meanwhile players will be whisked around Singapore by Lexus ES Hybrid Courtesy Cars, which has self-charging electric motors that will ensure that the journey from the Hilton Singapore to the links of Sentosa is not only seamless but also have minimal environmental impact.

Who will be playing?

The 2022 edition will feature nine of the top ten ranked players in the world, competing in a field comprising both familiar names and prodigious young talent.

This year’s 72-hole stroke play tournament will be led by South Korea’s Hyo Joo Kim, who confirmed her title defence last year after a spectacular win against fellow major winners Inbee Park and Hannah Green. The 26-year-old is the sixth Korean winner of the HSBC Women’s World Championship and is currently ranked 12th in the Rolex World Rankings (as of 7 February 2022), making her a formidable force to watch out for when she returns.

Other stars to look out for include Jin Young Ko, Lydia Ko, and Inbee Park, who are ranked first, third, and fourth in the Rolex World Rankings (as of 7 February 2022) respectively. Park — already a double winner in Singapore — will be one to beat, especially since she already has 21 LPGA Tour victories and an Olympic gold medal to her name.

“It’s a fantastic tournament, a great golf club and after all the travel restrictions a great place to come and play golf,” said Park. “I got my season off to the perfect start in 2021 so will be hoping I can do the same at the HSBC Women’s World Championship. It’s obviously a very special tournament for me and brings back many happy memories. I’m looking forward to it.”

The Korean trio will be joined by Canada’s Brooke Henderson and USA’s Danielle Kang, both of whom settled for second place behind Michelle Wie in 2018. It will be the first time in three years since Henderson has played at the tournament, but going by her current record of seven top-ten finishes in 2021, as well as a 10th career win at the LA Open, she will be one to watch at this year’s edition.

Closer to home, Japan’s Yuka Saso and Nasa Hataoka, as well as Thailand’s Patty Tavatanakit and Atthaya Thitikul will fight to bring glory back to their countries. So will Minjee Lee of Australia, who currently ranks eighth in the world and came in short of the Championship in 2019 at second place.

But perhaps the one we’ll watch with bated breath the most is Singapore’s very own Sock Hwee Koh, who booked her place in the tournament for a record fourth time following her victory in the HSBC Women’s World Championship National Qualifying Tournament at Sentosa Golf Club. Currently ranked second in Singapore, Koh beat fellow local golfer Amanda Tan in a two-shot victory to qualify for the prestigious tournament. The 33-year-old will play at her home club against the other professional golfers on 3 March.

“It means a lot because it’s the first really competitive round that I’ve played in two years, so glad to have hung on and sealed the deal,” said Koh.

“I’m definitely really excited because the last time I played, I believe it was 2016, so that’s quite a few years ago. This year is a bit more special because we haven’t been able to compete the past two years due to Covid, so everybody wanted that spot because it’s Asia’ Major. It’s the qualifier everybody wants to play in. It’s the one event everyone wants to win, so we get that spot to play in HSBC Women’s World Championship. It’s a great start for us, because we have a bit of home advantage because we’re familiar with the course and conditions,” she added.

Where can you watch the tournament?

Due to Covid-19 restrictions, the ninth edition of the HSBC Women’s World Championship will again be a non-ticketed event, but golf fans in Singapore will still be able to catch the showdown on HubSports, as well as stay updated on the latest happenings via social media.

“We’re delighted to see the return of the HSBC Women’s World Championship to Singapore in March. Last year’s tournament played a pivotal role in bringing elite golf back to the region and while we share in fans’ disappointment that the 2022 edition will again be a limited attendance event, we hope the Singapore golf community will take pride in seeing the return of such a prestigious tournament to Sentosa.” Said Grant Slack, EVP & Managing Director, Golf Events, IMG.

Find out more about the event here.