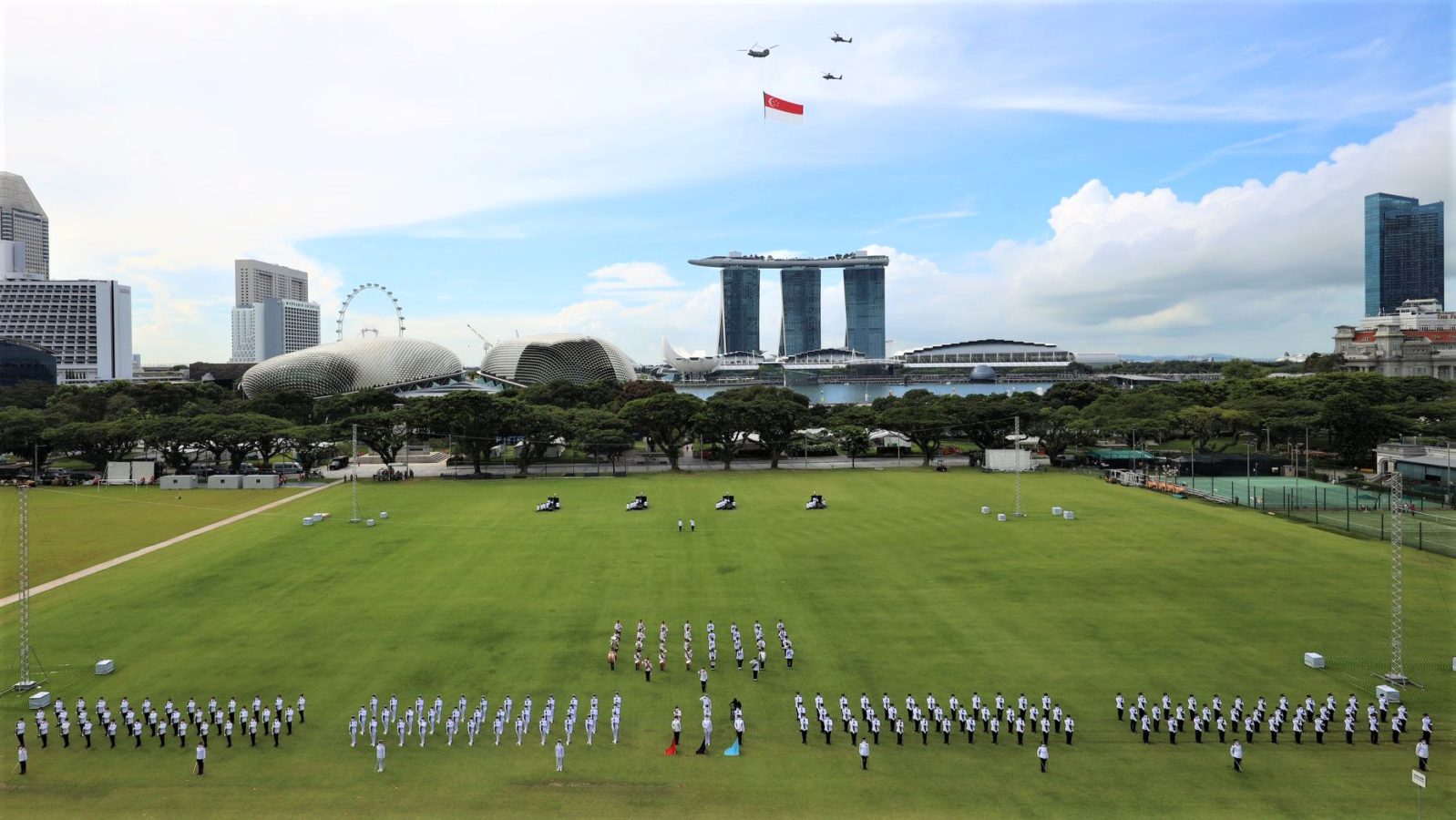 If there’s ever a time that Singapore really busts out her party hats, it’s for the National Day Parade.

This year, however, is looking to be slightly different from the rest for obvious reasons, and while we won’t get to gather at the Padang or Marina Bay Area to soak in the festivities in our red and white best, we’ll still be able to celebrate Singapore’s 55th come August 9th with safety distancing measures and inaugural events in the heartlands throughout the day.

Besides being held at a smaller scale, the parade will also be broken down into two segments, with a morning parade and ceremony held at the Padang and an evening show at The Star Performing Arts Centre. Zones with the special event areas will see stricter security checks being conducted.

Here’s a complete guide to the National Day 2020.

The big day kicks off with a National Day Message from the Prime Minister, followed by the Parade at the Padang at 10.20am, which will be live-streamed for those who are staying home. The parade will consist of military march-ins and even an anthem moment, so ready that patriotism and keep an eye out for the state flag that will be making its rounds around the island.

Six Republic of Singapore Air Force F-15SG fighter jets will also fly over Singapore’s heartlands for the first time ever for the Roar of Unity, making tribute passes around eight hospitals along the way as a salute to frontline workers for their efforts in fighting the pandemic. This will be the longest flypast in history; the 30-minute long affair will begin at the Padang at 10.45am and end at Paya Lebar Airbase at 11.15am.

Other firsts include the fact that the Presidential Gun Salute will be held on the Padang field with the marching contingents on parade. Once only a sight to behold around the parade venue, this year’s Mobile Column will see some of the military’s finest assets make their way around the heartlands estates. The Red Lions will also make special appearances in Jurong East and Sengkang.

For the first time in 20 years, vessels from Republic of Singapore Navy, Police Coast Guard, and Singapore Civil Defence Force will also come together in a maritime sailpast in the waters off Marina Bay. The vessels will set sail at the Marina South Pier and cover 4km against the Marina Bay skyline.

Come dark, the NDP Show will depart from the traditional mass-based performances consisting of thousands of participants to a more intimate indoor show at the Stat Performing Arts Centre. It’s also the first time in history that the show will be held indoors, and will feature digital animations and special effects. The entire show is best enjoyed on screen, so ready that mobile stream or stay home for this one. It’s obviously the main star of every National Day Parade and we don’t blame you for wanting to make a trip specially to the Bay Area to catch a glimpse of the spectacular display. Before you and 200,000 others clamour to congregate in town, however, know that this pyrotechnics extravaganza will also be set off from various areas in Singapore.

If you’re brave enough for a trip into town, opt for rooftop bars and expansive vantage points — think Marina Barrage, Marina Bay Waterfront Promenade, or the Bay East Garden @ Gardens by the Bay — where social distancing is still possible.

As with all National Day Parades, there will be road closures around the Padang and The Star Vista, so factor in public transportation and its crowds if you’re heading out. 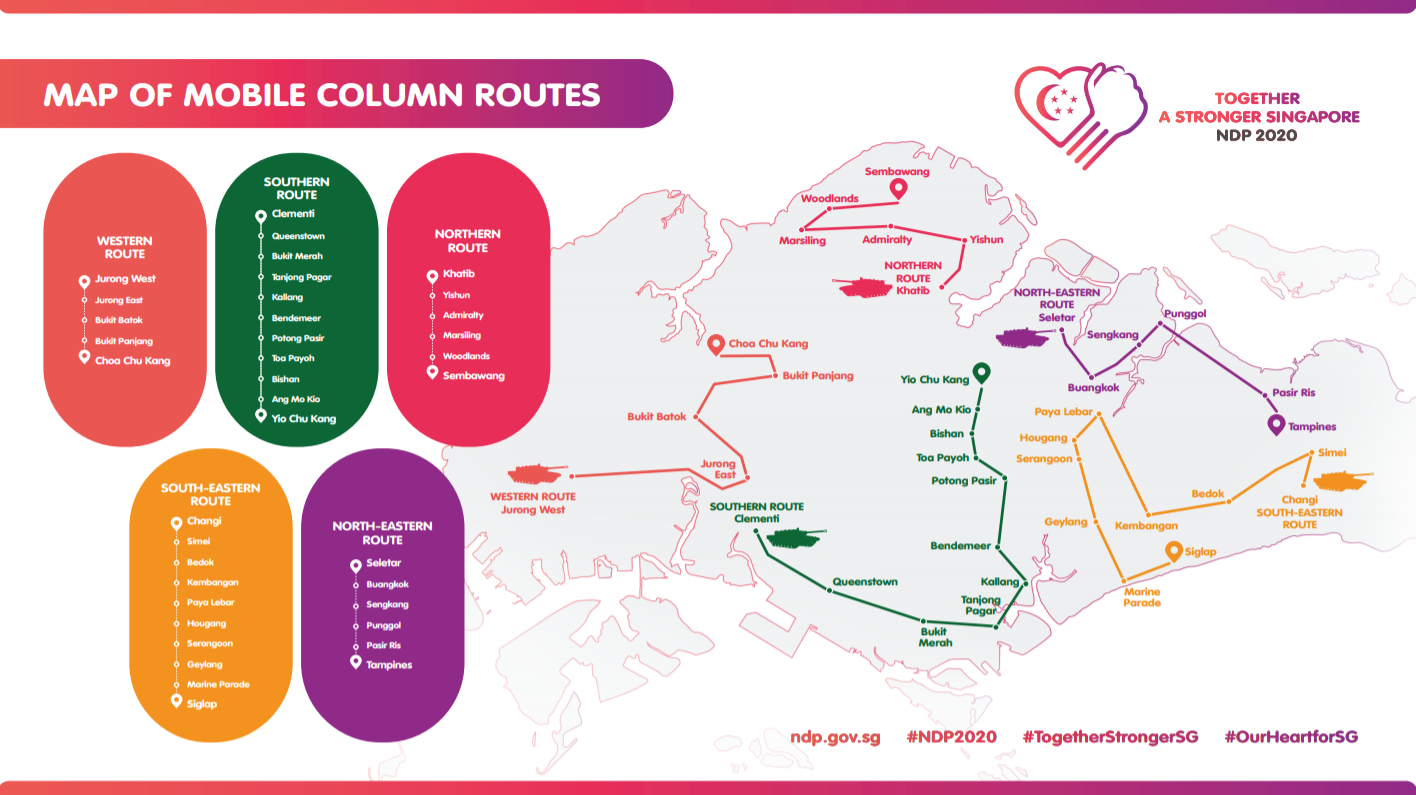 If you’re not out on the streets waving to our national servicemen making their rounds during the heartlands parades, you can catch the festivities from the comfort of your home, both on the telly and via social media platforms. The three-part show will also be broadcasted live on big screens islandwide so you’re bound to catch a bit of the action no matter where you go.

In the meantime, put on your best red and white garb, ready your flags, and start nailing your best rendition of “Majulah Singapura” for the National Day Parade 2020 this Sunday.

Sign up to get the latest luxury and lifestyle news delivered to your inbox.
National Day events
Shatricia Nair
events