Oscars 2021: All the winners and other highlights of the 93rd Academy Awards 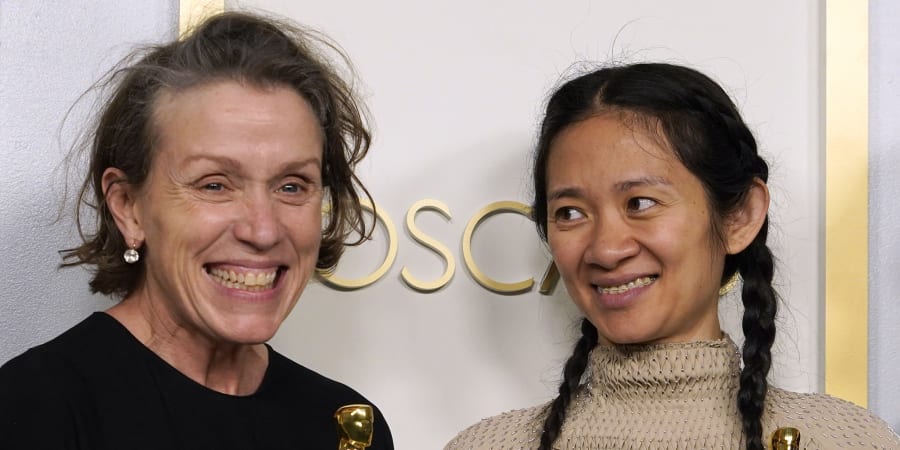 People & Events
Oscars 2021: All the winners and other highlights of the 93rd Academy Awards
Share
Next article

Nomadland emerged as the biggest winner at the 93rd Academy Awards ceremony held in person on April 25, 2021, at the historic Union Station in Los Angeles and simultaneously at the traditional Dolby Theatre home in Hollywood. The film bagged three of the big five awards including Best Film. It was nominated in six categories.

Chloé Zhao, who went home with the Best Director award for Nomadland, became the first woman of colour and first Asian woman to win in this category. She won the BAFTA, Golden Globe and Directors Guild of America honours in the same category as well. Zhao is only the second woman ever to win the award for direction. Her win comes 11 years after Katheryn Bigelow was honoured for Hurt Locker. Besides Zhao, Emerald Fennell was nominated for Best Director for Promising Young Woman making it the first time that two women were nominated in this category the same year.

South Korean actress Yuh-Jung Youn won the Best Supporting Actress award for Minari. She is the second Asian woman to win an acting honour after Japanese actress Miyoshi Umeki, who won in the same category in 1958 for her role in Sayonara.

Here is a look at all the winners and nominations:

Onward
Over the Moon
A Shaun the Sheep Movie: Farmageddon
Soul
Wolfwalkers

Husavik, Eurovision Song Contest: The Story of Fire Saga
Fight For You, Judas and the Black Messiah
Io Si (Seen), The Life Ahead
Speak Now, One Night in Miami
Hear My Voice, The Trial of the Chicago 7